Alantez Fox and Liam Williams to meet on December 21 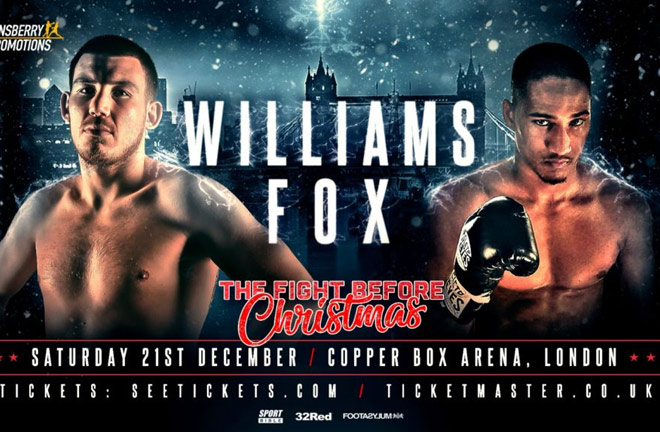 The 12-round bout will take place at the Copper Box Arena in London and will support the main event between unbeaten heavyweight Daniel Dubois and Kyotaro Fujimori of Japan.

The winner of the Fox-Williams fight will cement his position as mandatory challenger for WBO middleweight titleholder Demetrius Andrade. Fox (26-1-1, 12 knockouts), who stands 6-foot-4 and has an extraordinary 79-inch reach, is ranked No. 1 by the sanctioning body. Williams is ranked No. 7.

The 27-year-old from Upper Marlboro, Maryland, faced Bruno Romay in a stay-busy bout on October 26, winning a one-sided decision over eight rounds. Fox has won his last three bouts since losing a unanimous decision to Andrade in October of 2017, in a fight in which Fox dropped Andrade. 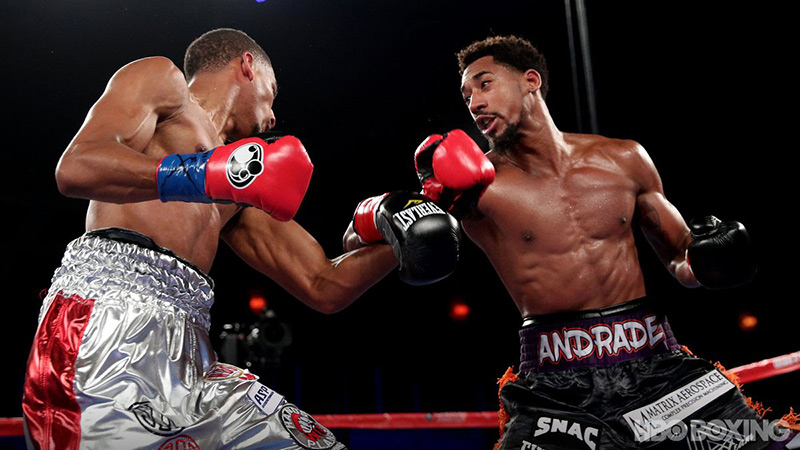 Demetrius Andrade (right) takes it to Alantez Fox en route to a 12-round unanimous decision on October 21, 2017. Photo courtesy of HBO Boxing.

Promoter Lou DiBella believes Fox has matured and is a much better fighter than when he faced Andrade over two years ago.

“Alantez Fox is extremely skilled and his size and reach present challenges for everyone he fights,” DiBella told The Ring on Sunday afternoon. “In his only loss against Demetrius Andrade, he suffered multiple significant injuries where he fought as a one-armed fighter. He went the distance and had his moments, in what was a very brave effort, but he required surgery [after the fight].

“Since then, he’s been on a mission to earn another shot at ‘Boo Boo’ and a world title. Only Liam Williams stands in the way. Williams will be a tough test, especially at home, but Fox is top-tier talent and up to the task.”

Fox will have a six-inch height advantage over Williams (21-2-1, 16 KOs), who resides in Clydach Vale, Wales. In his most recent bout on July 13, Williams dropped Karim Achour twice en route to a second round stoppage victory.

The 27-year-old Williams has won his last five bouts since losing back-to-back fights to Liam Smith in 2017. His most notable victory was a 10th round knockout over previously-unbeaten Mark Heffron on December 22 of last year.

Williams fights under the Queenberry Promotions banner, run by Warren.