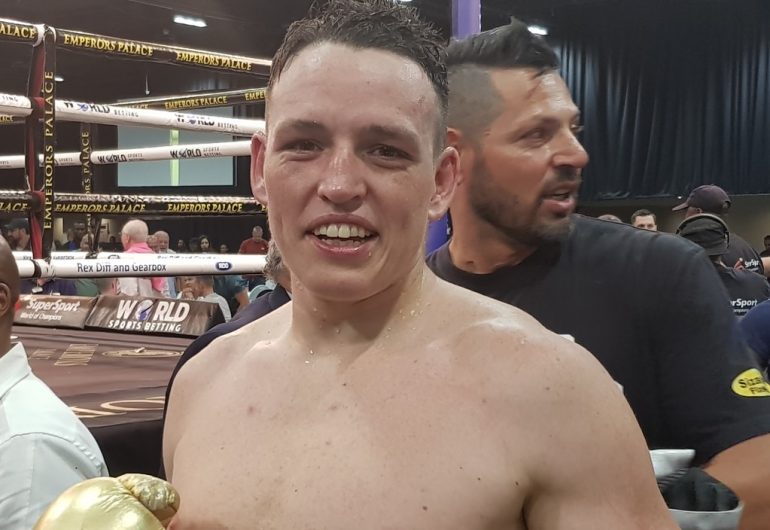 JOHANNESBURG, South Africa – In a fight held at a catchweight of 173 pounds, South African super middleweight champion, Rowan “Braveheart” Campbell overcame the height and reach advantages of light heavyweight champion Nicholas “The Natural” Radley to score a fourth-round stoppage at the Emperors Palace.

After a quiet start, Radley found the range with his jab in the second round and landed a quick combination which sparked Campbell into action, who began banging away to the body. Both fighters landed their share of punches, but by the next round it was clear that Campbell was forcing Radley to fight his fight.

Try as he might, Radley couldn’t keep Campbell at bay and it quickly became a battle of Campbell’s straight right thrown over Radley’s left guard and Radley’s right uppercut, which found the mark but couldn’t stop Campbell’s forward march.

By the fourth, Campbell was in control and in full pressure-fighting mode. Toward the end of the round he nailed Radley with a straight right that turned him sideways on the ropes. Campbell smelled blood, and another right had Radley out on his feet, leaving the referee no choice but to jump in at the 2:57 mark.

Campbell keeps improving from fight to fight and takes his record to 12-0 (8 knockouts), while Radley suffers his first defeat and drops to 9-1 (8 KOs).

The plan is to match Campbell with veteran gatekeeper Ryno Liebenberg in 2020.

In another battle of undefeated fighters, highly touted junior bantamweight prospect Ricardo Malajika defeated hard-charging Mnqobi Mkhize, securing a TKO in the eighth round, but he had to work hard for victory.

It was clear from the start that the switch-hitting Malajika was much faster than his opponent, who came out aggressively from the opening bell. Malajika was moving well around the ring, countering Mkhize’s attacks before dropping him with a sharp, short right at the end of the first round.

Mkhize responded by coming at him harder in the second. Clearly the stronger fighter, he started roughing up Malajika, who was clearly not comfortable under pressure. When Mkhize dropped him with a right, there was an air of disbelief in the arena.

Mkhize kept coming, missing a lot but landing the odd, hard blow while Malajika landed the more eye-catching stuff. Mkhize had his last big moment in the fifth, when he hurt his man with a one-two combo, but Malajika turned the tables in the same round, knocking Mkhize down with a straight left after turning southpaw.

Things seemed to work better for Malajika once he’d settled into the southpaw stance, and he started finding the range with right hooks. What appeared to be a wild miss on Malajika’s part was counted as a knockdown when he fell to the floor in the sixth, but it was clear that Mkhize was tiring.

A series of right hooks hurt Mkhize in the eighth round and a follow up barrage, as he staggered back on his heels, forced the referee to wave the fight over at the 1:31 mark.

Malajika, who moves to 6-0 (5 KOs), has a lot of natural ability but Mkhize, who drops to 8-1 (7 KOs), showed that he still has a lot of mistakes to iron out before stepping up another level. 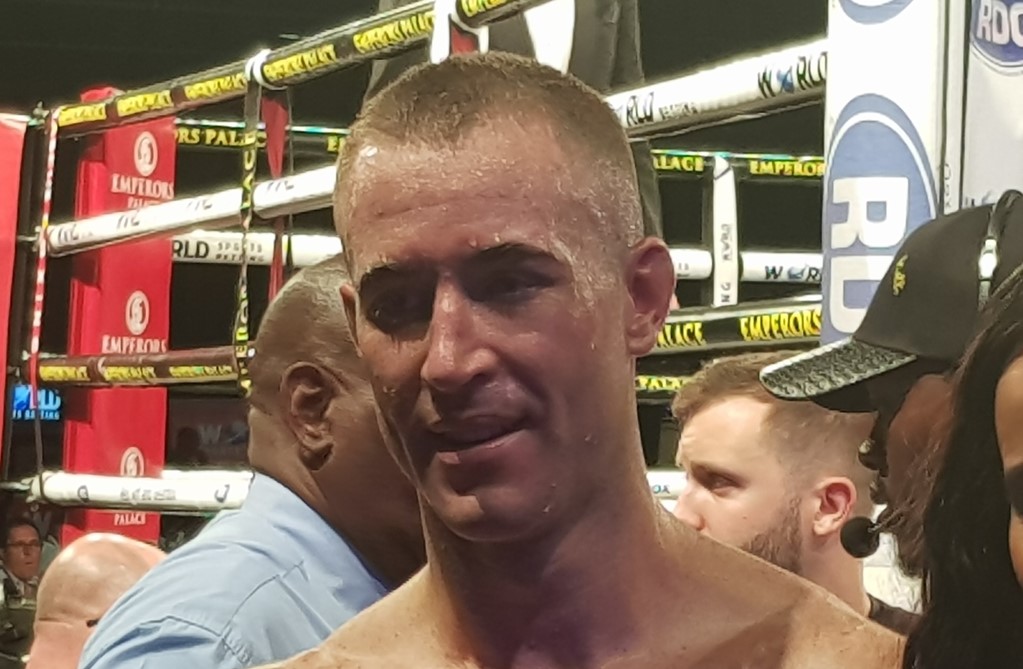 In a fight with a lot of momentum shifts, former MMA champion turned boxer Boyd Allen scored a dramatic TKO victory over Tristan Truter at 1:05 of the 10th round to win one of the semi-finals of the [email protected] junior middleweight tournament.

Truter came out moving around the ring, boxing behind his educated jab, while Allen, who abandoned his usual switch-hitting style to stay in the orthodox stance for this fight, looked for openings to land his straight right. Truter found a gap for his left hook around the guard of Allen, who did land the occasional hard right that seemed to have more authority.

Nevertheless, Truter was busier and mixed in straight rights to the head and body over the next three rounds. But just when it looked like he was on his way to outboxing his opponent, things shifted in the fifth when Allen, who prefers walking his opponents into single shots, blasted him with a four-punch combination and landed another hard right at the end of the round.

Things turned scrappy in the next round when Truter became more aggressive in an attempt to regain control of the fight, but the odd shots Allen landed had him bleeding badly from the mouth.

Truter had a good seventh, timing Allen with his uppercut. What seemed like a borderline low blow from Truter gave Allen a time out but after that respite, Truter was on him, landing his left hook and some body shots as Allen continued to tire.

Although Allen kept landing single, hard rights and had another time out for a low blow in the ninth, Truter seemed to be back in charge and started the 10th and final round by going after his opponent. That proved to be a mistake as Allen finally hurt him with a series of straight rights which backed him to the ropes. Allen rained in punches and, with only the ropes keeping Truter up, the stoppage was inevitable.

Boyd Allen, who has been fast tracked, improves to 5-0-1 (4 knockouts), while Truter, who moved up from welterweight for this fight, drops to 8-2 (5 KOs). 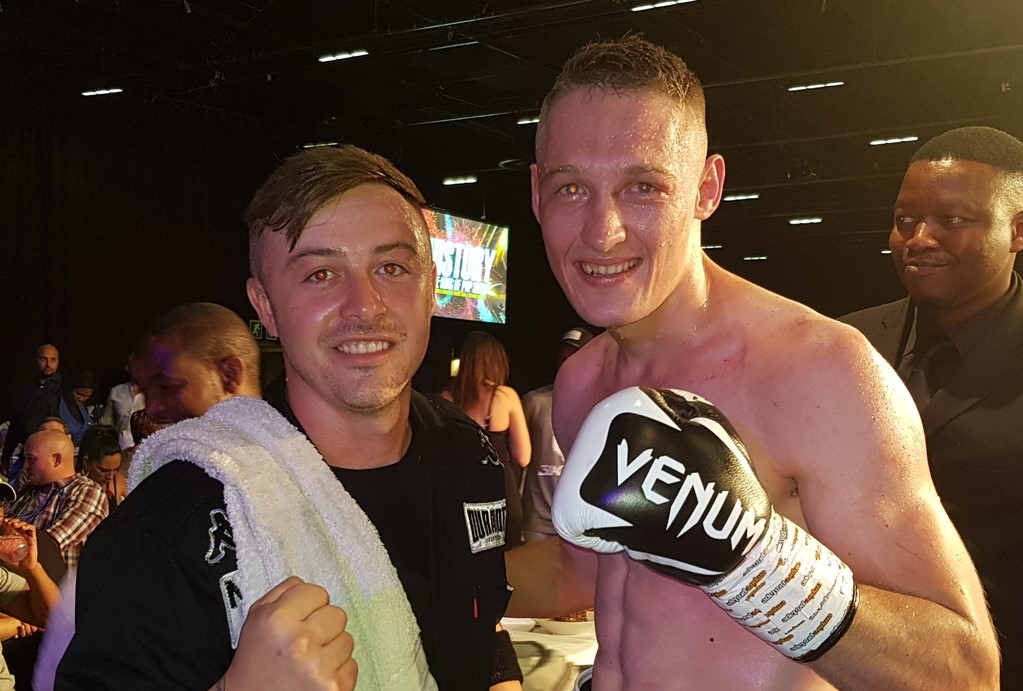 In the other semi-final, Brandon Thysse stopped Roarke Knapp at 2:10 of the seventh round in what turned out to be the fight of the night.

Known as a slow-starter, Thysse changed that approach, as he came out boxing behind a busy jab, while mixing in straight rights to the body. Knapp responded with a hard left hook-straight right combination, but Thysse’s jab and better work rate was clearly giving him some problems.

Knapp finally closed the distance in the fourth-round, landing left hooks and short rights on the inside. Thysse dropped his hands in the fifth in an effort to draw Knapp in, but he was still being tagged by the more telling blows. Thysse did, however, land a good left hook and an uppercut which bloodied Knapp’s nose.

Brandon Thysse will now meet Boyd Allen in the final. The pair fought each other before in May of this year, with Allen winning a razor thin decision. The rematch is eagerly anticipated.