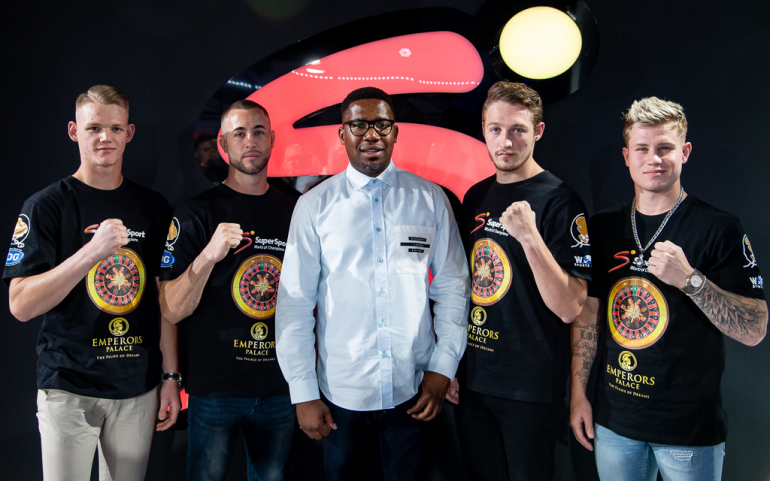 The two semi-finals were decided weeks ago, with Knapp matched against Thysse and Truter going in with Allen.

Former two-time world champion and Hall of Famer Brian Mitchell, who is working as a press officer for the event, believes the action will be of the highest caliber.

“This is a tournament we’ve been talking about for many months now,” Mitchell said. “It’s the brainchild of (promoter) Rodney Berman. It’s a fantastic championship tournament.”

All four men were in confident mood at Tuesday’s press conference.

Knapp (9-0-1, 7 knockouts) is coming off a career-best win over iron-jawed Alexandr Zhuravskiy, who he outpointed over 10 rounds in August.

“We’ve had a great camp, I’ve put a lot of work in with my teammates. I’m excited to get the show on the road and share the ring with a great fighter and give the crowd one to remember.

“Again, it’s an honor to share the ring with a fighter with a huge amateur background. His father is a former South African champion, it’s in his blood.”

The more experienced Thysse (11-2-1, 9 KOs) was brief but to the point in his summation.

“I’m going all the way to the finals,” he said. “I’m putting everything into this, and I will win.”

Truter (8-1, 5 KOs) steps up from welterweight to face Allen.

“It doesn’t really matter which one of them was picked,” Truter said when asked if he would rather have faced someone else first.

Former MMA star Boyd Allen (4-0-1, 3 KOs) transitioned to boxing last year with minimal fuss. He holds a 12-round split decision win over Thysse in May.

“I think it’s a great tournament,” said Allen. “I’ve joined a new camp, and I couldn’t be more grateful for their help and the learning experience has been amazing. I’m really looking forward to the fight and turning it up. I think I’m going to show something very different this time.

“Winning is the only way, and if you don’t believe that, you shouldn’t be in the game.”

The final and a matchup between the losers take place at Emperors Palace on March 21.