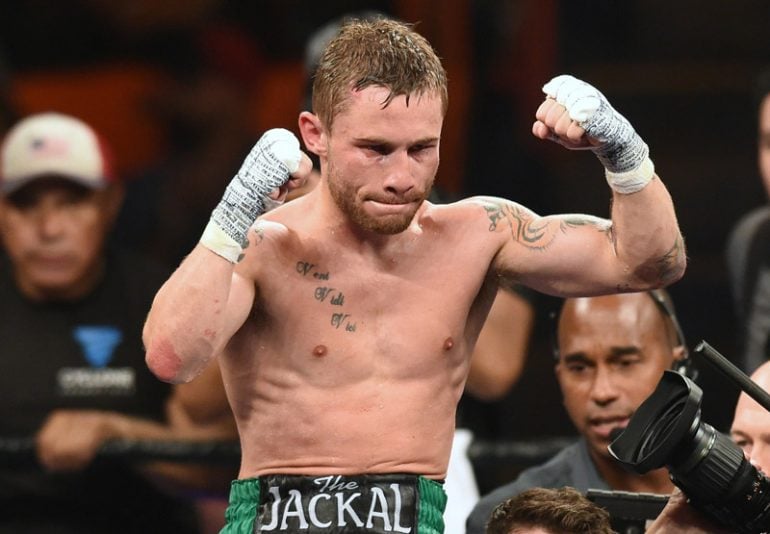 Former two-weight world titleholder Carl Frampton is known for bringing plenty of excitement to the prize ring, but recently there’s been way too much excitement outside of it – and not in a good way.

The talented boxer-puncher from Belfast, Northern Ireland was scheduled to face Emmanuel Dominguez in August, only for the bout to be scrapped at the 11th hour due to a freak accident. A huge ornament situated in Frampton’s hotel lobby was accidentally knocked over and landed directly on top of the fighter’s left hand – fracturing the fifth metacarpal.

Frampton, who is rated No. 5 by The Ring at featherweight, had completed hard training and was only five days away from fight night. His team were assembled in Philadelphia and ready to go. Hundreds of travelling fans had made their way to “The City of Brotherly Love” or were on route. It was the stuff of nightmares.

The 32-year-old Frampton (26-2, 15 knockouts) had been looking to get back to winning ways following a 12-round unanimous decision loss to IBF titleholder Josh Warrington in December of last year. However, after briefly contemplating retirement, Frampton u-turned and signed off on a huge multi-fight deal with Top Rank and ESPN.

“Coming off the loss to Josh Warrington, I didn’t know where I was going or what I was gonna do, then this deal from Top Rank just fell on my lap,” said Frampton in a recent interview with The Ring. “It was hard to turn that down. I had the chance to work with Top Rank, which was amazing, and ESPN are a huge platform in the States.

“Obviously, the summer didn’t go the way it should have with the freak injury and it was all a bit of a disaster. But the good thing is, even though I’ve been out of the ring for almost a year, I’ve had a training camp in the middle of that, so it’s not like I’ve been sitting idle.” 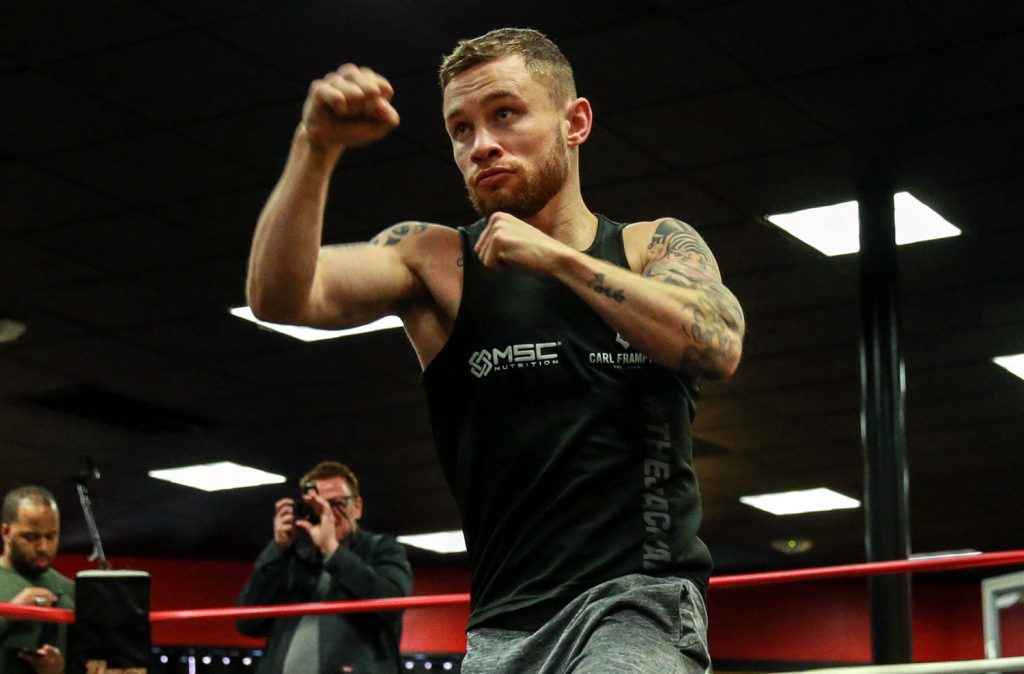 Following the accident, Frampton took some time off to convalesce and also underwent a short period of physiotherapy. Once healed, the former titleholder at 122 and 126 pounds was back in the gym and Top Rank came up with a new date. This Saturday, Frampton will face unbeaten Ohio native Tyler McCreary over 10 rounds at the Cosmopolitan in Las Vegas.

“I can’t take my eye of the ball here,” acknowledged Frampton. “Anything I’ve seen of him online, he’s got the potential to perform better than that in this fight. When young kids at this level, who aren’t well-known, are given the chance to get their name out there, it’s possible for them to overperform and that’s what I have to expect.

“There’s no pressure on this kid, because I’m expected to win. All the pressure is on me and I think I can handle that, but it’s not an easy fight. I’ve seen him walking around the hotel lobby. He’s very tall and looks very skinny, but I’ve dealt with people of his size and stature before. He’s got a good jab and it might be tricky to get past it for a while, but once I figure that out, I’ll be fine.”

McCreary (16-0-1, 7 KOs) regularly campaigns on or around the junior lightweight limit and this bout will be contested at a 128-pound catchweight. These details have led many experts to speculate that Frampton might be looking to annex a world title in a third weight class in the very near future.

“The fight is at 128 and the reason behind that is if we made the fight at 130 it might have been too difficult to get back down to 126,” disclosed Frampton. “By doing it this way, I’ve got the option of fighting for a title at 126 or 130. I’m not a big fan of catchweights, especially in title fights, but this is a non-title fight. I’m kind of dipping my toes in the (junior lightweight) division.

“Jamel Herring (WBO 130-pound titleholder) has been mentioning my name. And Bob Arum mentioned me and Jamel Herring in Belfast, which came out of the blue. Herring said he would need a million dollars plus to fight in Belfast, which seems reasonable, certainly not out of the ballpark. We could fill Windsor Park. I’d be at home as the challenger, and I have the chance to become Ireland’s only three-weight world champion. I’d be up for that.”

For now, Frampton, The Ring Magazine Fighter of the Year for 2016, will be looking for an explosive performance in his Top Rank debut.

Frampton-McCreary is part of a doubleheader that also features a 10-round junior lightweight bout between Oscar Valdez and Andres Gutierrez. The show will be televised on ESPN+ in the U.S. and BT Sport in the U.K.