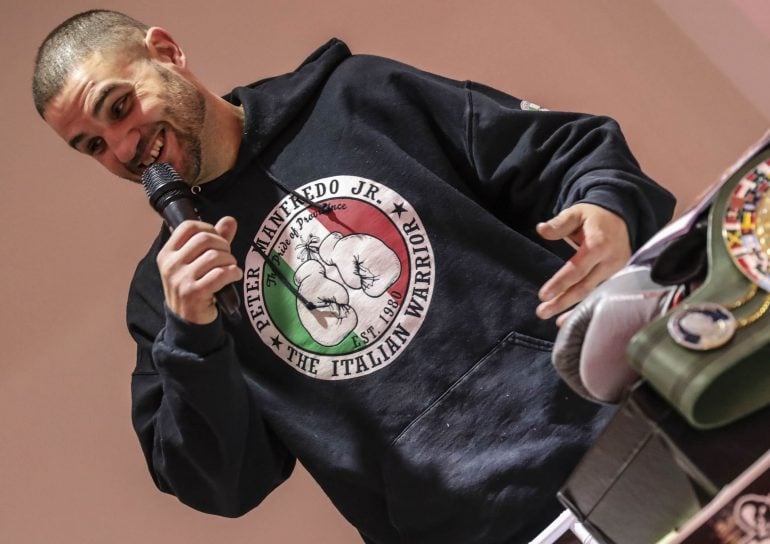 Peter Manfredo Jr.’s first fight in three and a half years did not even get to the midway point of the opening round.

Manfredo ended things abruptly Saturday night, knocking out Melvin Russell in less than 90 seconds at the Twin River Event Center in Lincoln, Rhode Island, about a 10-minute drive from his hometown of Providence.

The two-division world title challenger, who is best known for appearing on the popular ‘The Contender’ series in 2004 and 2005, had not fought since fighting to a split-decision draw against Vladine Biosse in May of 2016.

During the brief fight, Manfredo barely broke a sweat, digging a left hook to the body of Russell that dropped him to the canvas. Referee Ricky Gonzalez counted Russell out at 1:19.

Manfredo, who is unbeaten in his last five bouts since his knockout loss to then-WBC super middleweight titleholder Julio Cesar Chavez Jr. in November of 2011, will turn 39 on Tuesday. His first fight as a pro took place over 19 years ago on a fight card promoted by Jimmy Burchfield, who also promoted Saturday’s card.

In the co-feature, junior welterweight Nick DeLomba stopped Argentina’s Diego Perez in the third round.

DeLomba, who resides in nearby Cranston, has now won his last five bouts since losing to then-unbeaten Jimmy Williams by unanimous decision in April of 2017. Perez falls to 13-9-1, 11 KOs.

Junior middleweight Victor Reynoso went the distance for the first time in his pro career, defeating Virginia’s Roque Zapata (6-3-5) by unanimous decision. Scores were 60-54, 60-54, and 59-55 for Reynoso (6-0, 5 KOs), who is originally from the Dominican Republic and now resides in the Providence area.

In a clash of unbeaten junior lightweights, Joshua Orta of Holbrook, Massachusetts defeated Michael Valentin (6-1-1, 1 KO) of Providence by majority decision. One judge scored the bout 57-57, while the other two judges scored the bout 59-55 and 58-56 for Orta, who improves to 6-0, 2 KOs.