SAN ANTONIO (Nov. 20, 2019): Golden Boy will kick off the 2020 year with an exciting battle between Mexico and Ireland as Jaime Munguia (34-0, 27 KOs) makes his middleweight debut against Gary “Spike” O’Sullivan (30-3, 21 KOs) in a 12-round bout on Saturday, Jan. 11 at The Alamodome in San Antonio, TX. This fight will be streamed live exclusively on DAZN.

Undercard information for this event will be announced shortly.

“Golden Boy always likes to kick the year off with a bang, and January 11 will be no exception,” said Oscar De La Hoya, Chairman and CEO of Golden Boy. “Jaime Munguia is developing into a big star in this sport, so we’re happy that our strategic partnership with Zanfer Promotions has been able to continually deliver great fights featuring this young talent. At the same time, ‘Spike’ O’Sullivan is an exciting puncher with a lot of experience, so Munguia will have to come very well prepared with all that he’s been learning under trainer Erik Morales. It also goes without saying that their styles are guaranteed to make for a fun fight for as long as it lasts.”

Munguia is a 23-year-old boxer of Tijuana, Mexico who catapulted to the highest levels of the 154-pound division by knocking out Sadam “World Kid” Ali in May to capture the WBO Junior Middleweight World Title. Munguia then defended his title against Liam “Beefy” Smith, Brandon “Bad Boy” Cook, Takeshi Inoue, Dennis Hogan and Patrick Allotey. After five defenses at junior middleweight, Munguia is ready to take on new challenges in the very stacked division of 160 pounds.

“I feel very happy to be starting the year 2020 with a great fight at a great place like San Antonio, Texas,” said Jaime Munguia.”I have fought in Houston, Texas before, where the people there treated me very well. I think that San Antonio won’t be any different. We’re going to deliver a great fight against a tough fighter in Gary O’Sullivan. He’s great and he’s strong, but we’re going to come very well prepared. We plan to do an excellent job and make it very clear who is the best in the ring. Thank you to all, and we’ll see you this January 11 in San Antonio, Texas!”

“I’m very proud of who I consider to be the best and most beloved Mexican fighter, Jaime Munguia,” said Fernando Beltran, CEO of Zanfer Promotions. “He’ll start the new year off for Aztec Boxing on January 11 against a very tough opponent in his first fight at middleweight.” 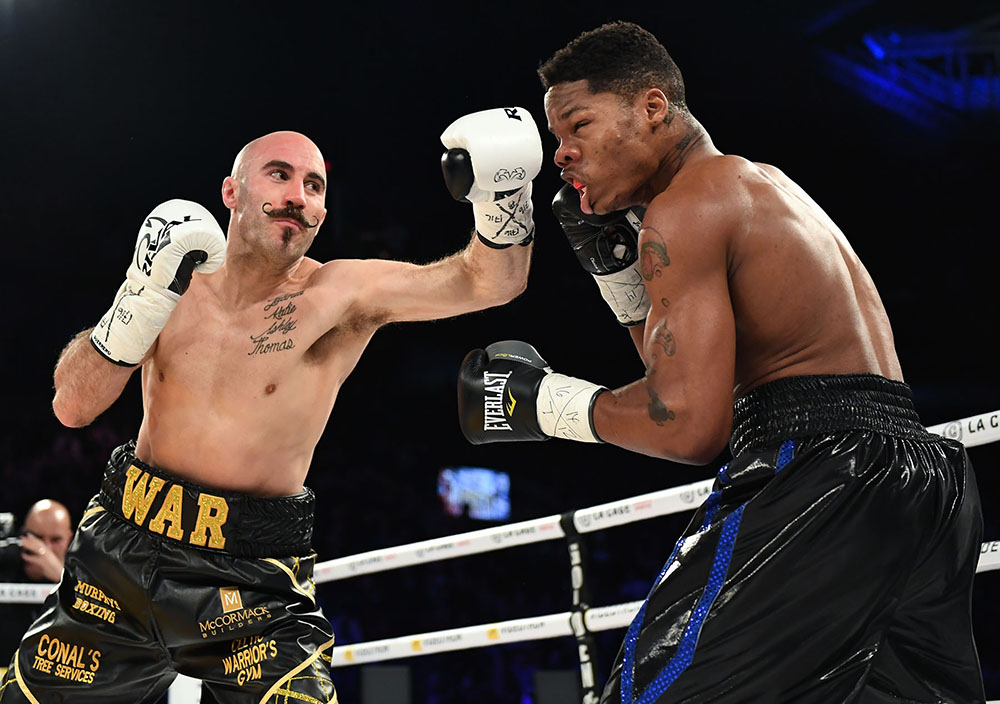 O’Sullivan is a 35-year-old contender who is known for his lively personality outside the ring and his exciting aggression in the ring. The native of Cork, Ireland is coming off two impressive victories and has faced the likes of Antoine Douglas, Chris Eubank Jr. and Billy Joe Saunders throughout an impressive professional career that has lasted more than a decade. O’Sullivan will look to derail Munguia’s plans at 160 pounds on January 11.

“For me it’s a dream come true to fight the undefeated champion of the world and the number one ranked fighter in the world,” said Gary O’Sullivan. “It makes it even better that he’s Mexican. I grew up watching the great Mexican champions and to get the opportunity to fight Jaime is an honor. I will leave no stone unturned in my preparation for this fight. I can’t recall feeling more motivated by any other fight in my career thus far. I believe this fight will be a war that the fans will talk about for many years to come.”

“Spike always knew in the back of his mind that one day he would have to fight Jaime Munguia,” said Packie Collins, Manager and Trainer of Gary O’Sullivan. “We have gone through every different scenario of how to approach this fight if it were to take place. I would like to thank both Jaime, Golden Boy and Murphy’s Boxing for handing Spike this huge opportunity. Come Jan 11, Spike will be ready for whatever Jaime Munguia turns up on the night of the fight.”

“Jaime Munguia is stepping up to one of the best divisions in boxing,” said Joseph Markowski, DAZN EVP, North America. “We wanted to extend the Fight Season momentum into 2020 by scheduling a fight in early January. Thanks to the fighters for staying on weight over the holidays!”

Munguia vs. O’Sullivan is a 12-round middleweight fight presented by Golden Boy in association with Zanfer Promotions and Murphy’s Boxing. The event is sponsored by Hennessy “Never Stop. Never Settle.” The event will take place Saturday, Jan. 11 at The Alamodome in San Antonio and be streamed live exclusively on DAZN.