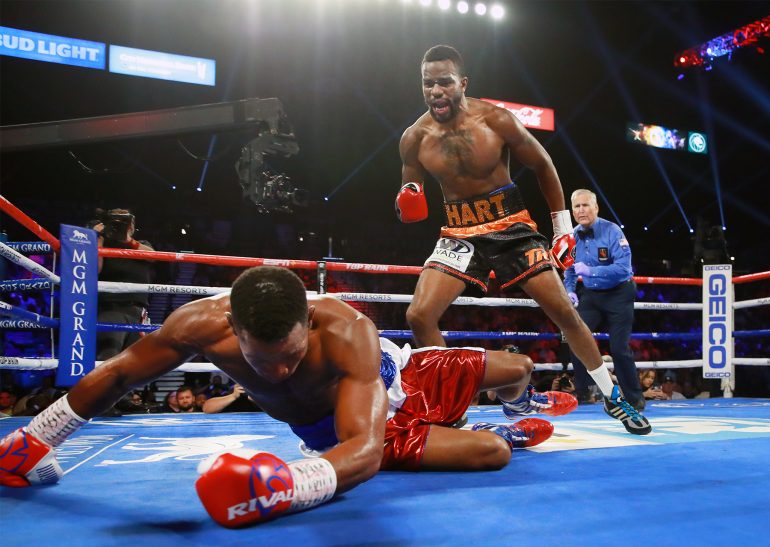 The 10-round bout will take place Jan. 11 inside the Etess Arena at the Hard Rock Hotel and Casino in Atlantic City, New Jersey and will air live on ESPN and ESPN Deportes (10 p.m. ET/ 7 p.m. PT).

The clash between Hart and Smith will open the 2020 season of the ’Top Rank on ESPN’ series. Promoter Bob Arum believes the Hart-Smith fight could produce an all-action fight between the two punchers, whose styles complement one another.

“When you have two fighters who can punch like heck, anything can happen,” said Arum. “We believe Jesse Hart has everything it takes to become a world champion, but Joe Smith, Jr. can turn the lights out at any moment. This is a sensational main event to kick off the Top Rank schedule in 2020.”

Hart (26-2, 21 knockouts) made his debut as a light heavyweight contender in his last fight on June 15, dropping Sullivan Barrera once en route to a unanimous decision victory. It was his first fight in six months since his close decision loss to then-WBO super middleweight titleholder Gilberto Ramirez.

The 30-year-old, who resides in Philadelphia, believes his clash against Smith is personal. Smith is best known for knocking out former middleweight champion Bernard Hopkins through the ropes and onto the floor of The Forum in Inglewood, California in December of 2016. Hart would want nothing more than to avenge Hopkins’ loss to Smith.

“This is personal,” said Hart, who has considered Hopkins a mentor over the last several years. “Bernard inspired me to be what I become. It wouldn’t be right if I didn’t avenge that defeat. I can’t move forward unless I beat him. This is a Philly thing. It’s more personal than business for me. I want a world title shot at light heavyweight, but I have to get through this guy first.”

Smith, a union construction worker on Long Island, New York, where he also lives and trains, is glad to be back in the ring.

“I am back in the gym and (it) feels great,” said Smith, who is promoted by Star Boxing. “I am focused and ready to bring everything I have. Jesse Hart might want to make this personal, but I didn’t even know who he was before this fight was brought up. I am ready for this. It is going to be a great fight.”

The press release added that a co-main event would be announced at a later date.