Emmanuel Rodriguez: ‘Luis Nery is an opponent that I always wanted to face’ 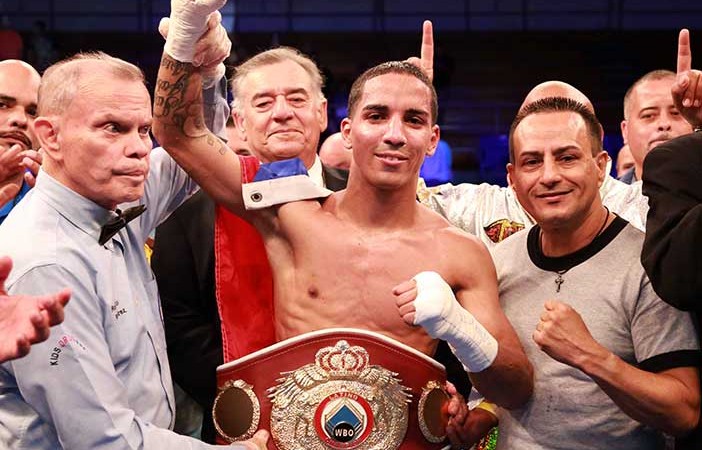 Former bantamweight titleholder Emmanuel Rodriguez returns to action for the first time since losing his IBF belt to Naoya Inoue when he faces the unbeaten Luis Nery on the undercard of Deontay Wilder-Luis Ortiz on Saturday at the MGM Grand in Las Vegas.

Rodriguez, who is rated No. 5 by The Ring at 118 pounds, was stopped in two rounds by Inoue in May, but he returns against a formidable opponent knowing that victory will go some way to returning him to his previous position.

“I’m super happy to have a great opportunity to fight Nery and then go for a world title shot,” Rodriguez (19-1, 12 knockouts) told The Ring through Fernando Gaztambide.

“He’s very aggressive, strong, great experience, good stamina, good chin, good body attack. His weakness? It all depends what type of fighter he has faced. I’m ready to fight an elite fighter, a former champion on Saturday. After the fight is over, we can talk more about his weakness.”

Rodriguez, who has made some small changes in training, had been scheduled to take a lesser fight, but things quickly snowballed, and he elected to return against the fearsome Mexican.

“I was supposed to fight in Puerto Rico on October 12,” Rodriguez said. “But then the [Rau’shee] Warren fight [was offered to me] but cancelled, and in the upcoming weeks and we got the Nery fight.

“I’m always ready to fight the best. Once I heard about Nery, I didn’t hesitate. That’s an opponent that I have always wanted to face. Puerto Rico versus Mexico is what we want. As I say, I’m ready to fight anybody.”

The 27-year-old technician was understandably disappointed with how he fared against Inoue.

“I came to fight,” said Rodriguez. “I should [have] boxed more but that’s in the past. [The] first week or so was a little tough, but God gave me strength and I’m really happy right now.

“[It was a] learning experience and I hope to meet him again. I need to keep winning and prove [myself] to be the best. I’m ready to rumble.”

Juan Ivan Orengo of Fresh Promotions believes his fighter can successfully come back from the Inoue loss and regain a world title.

“[Our target is] for Rodriguez be the best bantamweight in the world,” proclaimed his promoter. “We know he has the tools to shine again and what better way to start the path than with a win over Nery.”

Nery (30-0, 24 KOs) has been a professional for seven years. In August 2017, he traveled to Japan and halted long-reigning champion Shinsuke Yamanaka in four rounds. However, it was later revealed that Nery, 24, had tested positive for a banned substance. The pair met again in March 2018 and this time Nery missed weight by three pounds. The fight went ahead, however, and the Mexican scored a brutal second-round stoppage. Due to the unsavory nature of his failed test and a lax attempt at making weight for the rematch, Nery received a lifetime ban from boxing in Japan. He has since won four fights since, all by stoppage.