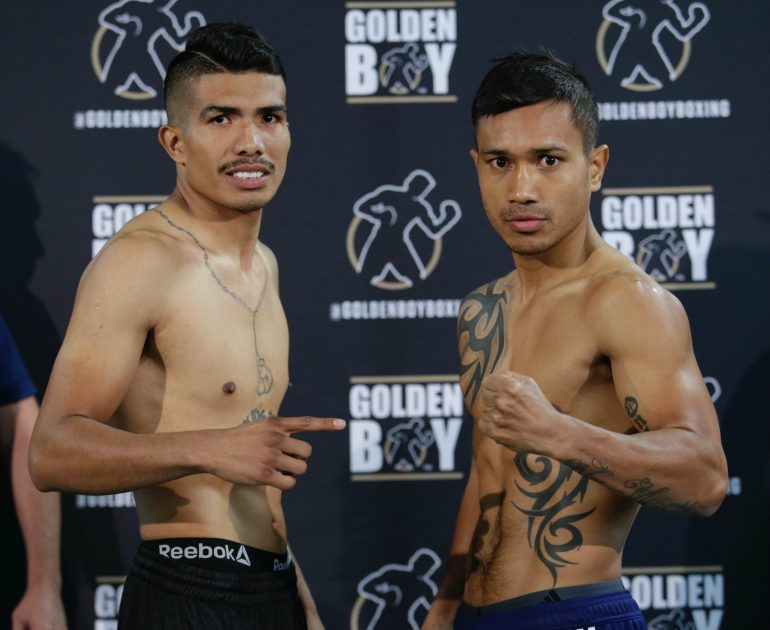 In a fight that was becoming competitive, a cut from an inadvertent clash of heads abruptly ended it.

The fight was a crossroads bout between lightweights who have struggled in recent bouts and were hoping a victory would put one of them on the path back to contender status. Instead, both Gesta and Morales were left back in the same position before their clash.

Morales (19-4-4, 8 knockouts), who resides in the Los Angeles area, entered the fight winning back-to-back fights earlier this year after losing by decision to Rene Alvarado and Ryan Garcia in 2018. Gesta, a San Diego resident and a former world lightweight title challenger, was knocked out in round nine of his last bout on Mar. 21.

Both fighters had their moments during the first two rounds, but Morales closed the distance and was able to connect with several right hands over the next couple of rounds. Morales faced adversity midway through the fourth round as an accidental clash of heads opened a cut over his left eye.

Sensing the blood seeping in Morales’ eye was making it difficult to see, the southpaw Gesta (32-3-3, 17 KOs) initiated exchanges, throwing and landing with several overhand left crosses to the head. Several punches landed onto Morales head, prompting the Mexican-American to fight off his back foot. After the conclusion of the sixth round, the ringside physician advised referee Saul Caiz, Sr. to stop the fight, due to the severity of the cut over Morales’ left eye.

The competitiveness of the fight was evident in the final Punch Stat numbers. Morales threw two more total punches (218 to 216), but Gesta, who resides in San Diego, landed 64 total punches, seven more than Morales.

It was a clash of fringe contenders between Oquendo and Huerta where the winner would prolong their career, while the loser would take a significant step backwards.

The 36-year-old Oquendo, who was coming off a close decision loss to Lamont Roach in his last fight on May 4, was the more-assertive fighter after the first couple of rounds. The fight was mostly fought in the center of the ring where both fighters stood in the pocket, but it was Oquendo who landed the telling blows during most of the exchanges.

As the bout progressed, Huerta’s punch output dropped significantly. During the second half of the fight, Huerta was resigned to throwing one punch at a time, much to the dismay of Huerta’s father/ trainer ‘Mando’ Huerta.

Despite being up on the scorecards, Oquendo did not go for the knockout during the final two rounds of the fight, choosing to connect to Huerta’s head and body until the final bell sounded.

After an even opening round, Mazion landed the more-effective and harder punches throughout most of the fight. Mazion landed lead or counter right hands to the head of Cruz early on, but would get countered with a hook or cross from Cruz.

Towards the end of the seventh round, Mazion was deducted a point from referee Raul Caiz, Sr. for landing a low blow on Cruz after being warned not to earlier in the fight. Cruz continued to be game during the later rounds, occasionally connecting to the head of Mazion, but was not able to follow up with anything of significance.