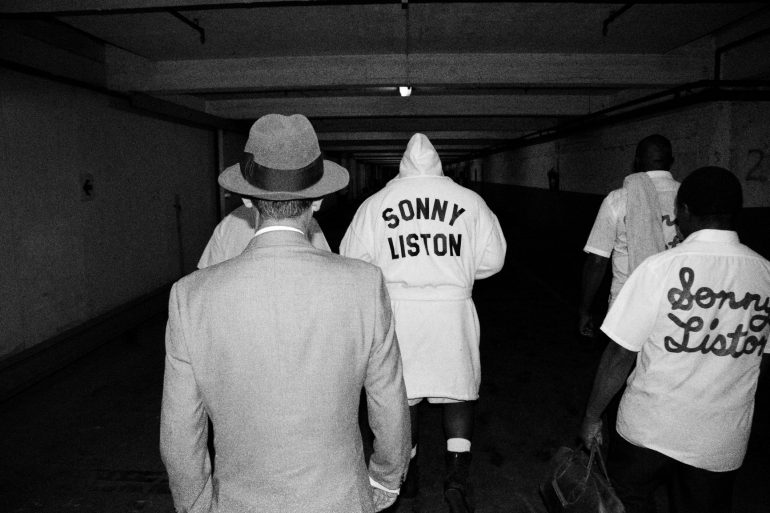 Everyone in the late-1950s and early-’60s seemed to know Al Pauciello, and the bald-headed, skinny, wisecracker from South Philly seemed to know everybody. He knew Blinky Palermo and his brothers, who lived a few doors down from Al growing up in the Grays Ferry section of Philadelphia.

Al raised his three children, Dorothy, Carmella and Francis, on Wharton Street, drove his cab, gambled, love boxing, gambled on boxing, and had a penchant for kidnapping his infant grandson in his diapers and sat him up on the bar of the local corner taproom.

Al was also smart enough to keep his mouth shut.

Late one Tuesday night, May 25, 1965, one of the Palermo brothers came knocking on Al’s Wharton Street door and slapped $600—big money then—in his hand, then apologized for what happened earlier that night, the night a young Muhammad Ali “knocked out” Charles “Sonny” Liston in Lewiston, Maine, in the first round.

50 years ago this month our cover star was former heavyweight champion of the world Sonny Liston, who had certainly seen the highs and lows of the fight game #boxing ????? pic.twitter.com/HltZuKjnhu

Al Pauciello was my maternal grandfather. It pains me to this day that I was a baby, his first grandson, when he passed away. Through time, I heard the stories of Liston, but never actually got a chance to ask my grandfather about them. What he knew and whatever secrets he had went with him, and it’s why I took special interest in Showtime’s excellent Pariah: The Lives and Deaths of Sonny Liston, a 90-minute documentary that will premiere on Friday, Nov. 15 (9 p.m. EST/PST) on Showtime.

Much is covered about Liston, one of boxing’s most misunderstood, underappreciated, unaccepted champions, that most boxing fans already know. Liston was mobbed up, with Frankie Carbo and Blinky Palermo, which hurt Liston’s reputation. Liston did time in jail and lugged his past with him. And though portrayed as a brooding, hulking figure during that time, Liston did have a soft side, especially with children and his wife, Geraldine.

In the documentary, Liston faced overwhelming, overt racism—and he did—called “America’s worst nightmare,” “literally a dangerous Negro,” and someone who was “unafraid of white people as demonstrated by his consistent encounters with police.” Liston stayed away from the civil rights movement of the 1960’s, saying, “I don’t have a dog-proof ass.”

Liston was “imposing, was violent, was abrupt.” Liston didn’t care what people thought about him. He did what he wanted to do, when he wanted to do it—much like another previous heavyweight world champion, Jack Johnson. 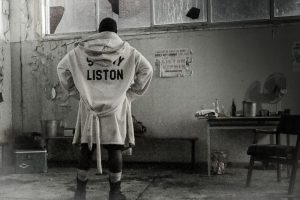 “He was a black eye to the black community, so no one wanted to be associated with him, no respectable person,” said former heavyweight champ Mike Tyson, who in many ways could relate to Liston, who was probably Mike Tyson before Mike Tyson.

Blinky’s brothers weren’t “made men,” but because they bitched so much about Ali-Liston II, as the story goes, Blinky told them, “Shut up, here’s the money for you guys and Al, but I’m not telling you s—.”

According to the Showtime release, Pariah, written and directed by Simon George, is told through original conversations with luminaries, historians and some of Liston’s closest friends and family, chronicles the rise and precipitous fall of one of the most vilified and misunderstood sports champions of all time.

Overcoming the seemingly insurmountable odds that life threw his way, Liston became the heavyweight champion of the world when he knocked out Floyd Patterson in 1962. Just eight years later, his wife would find Liston dead in their Las Vegas home from a supposed heroin overdose. Suspicion as to the cause of death pervaded among those that knew him. Pariah explores the many theories behind his untimely demise. The film features exclusive conversations with Tyson, boxing historians Nigel Collins, Jerry Izenberg, Bob Lipsyte, Don Majeski and Shaun Assael, upon whose investigative work Pariah is based.

The glaring missing pieces are conclusions. We never really find out if Ali-Liston II is “fixed,” which Majeski called “the Kennedy assassination of boxing. Everyone has an idea, but nobody knows the truth.”

Assael was more direct: “Why fix the fight?” he asked. “That’s where the secret percentage theory comes in, which is that Sonny had agreed to an under-the-table deal to get a cut of Ali’s future earnings if he went down. It’s exactly what a mobster would have done, and it’s exactly what I think Sonny did do.”

Liston was found dead on Jan. 5, 1971, of a heroin overdose, when, according to those who knew him, was deathly afraid of needles. That, too, remains a mystery. Liston was born in mystery and died in mystery.

“You won’t get any conclusions, because there aren’t any,” said Izenberg, the Hall of Famer boxing writer. “Sonny, to me, was and remains the biggest enigma not only in boxing, but in life. Who knows about Sonny, the man had many lives and many wouldn’t admit they were his friend?”

What’s not in the documentary was when Izenberg visited Liston’s grave in Las Vegas, which rests next to a children’s division of the Davis Memorial Park cemetery. What he found was a vase of artificial flowers and four pennies shaped in a rectangle. In the South, there is a tradition that the four pennies placed on a grave in a rectangle was supposed to be the ferryman of Hades’ fee to take souls to paradise and not to Hades.