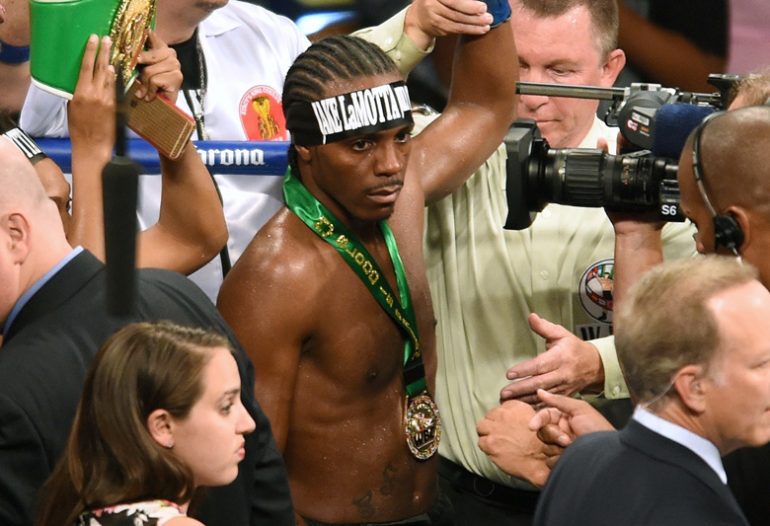 Welterweight Amir Imam will return to the ring on Jan. 18, manager Peter Kahn has told The Ring.

Imam will fight against an opponent to be determined at the Turning Stone Resort and Casino in Verona, New York. The fight will be streamed live on ESPN+.

The 29-year-old Imam (22-2, 19 knockouts), who is originally from Albany, New York, returned to the ring this past Saturday night, dropping Marcos Mojica twice en route to a fourth-round knockout victory.

This was Imam’s first appearance as a welterweight and his first outing under Top Rank, who signed him to a promotional agreement in August.

Imam had not fought since losing by unanimous decision to Jose Ramirez on Mar. 17 of last year. The vacant WBC junior welterweight title was on the line in that bout.

Prior to signing with Top Rank, Imam was embroiled in a legal battle with promoter Don King that lasted several months. In the hopes of being released from his contract, he sued King and also sought punitive damages. Iman was granted his release and a settlement was reached between both sides, although terms remain confidential.

“Amir was in top shape after a 20-month hiatus,” Kahn told The Ring. “He was well-conditioned to go 10 rounds after the camp he put in at Centeno’s Sweatbox boxing gym (in South Florida). He’s going to rest this week before going back to train next week.”

In the main event, former WBO light heavyweight titleholder Eleider Alvarez (24-1, 12 KOs) will square off against hard-hitting Michael Seals (24-2, 18 KOs) in a 10-round bout.