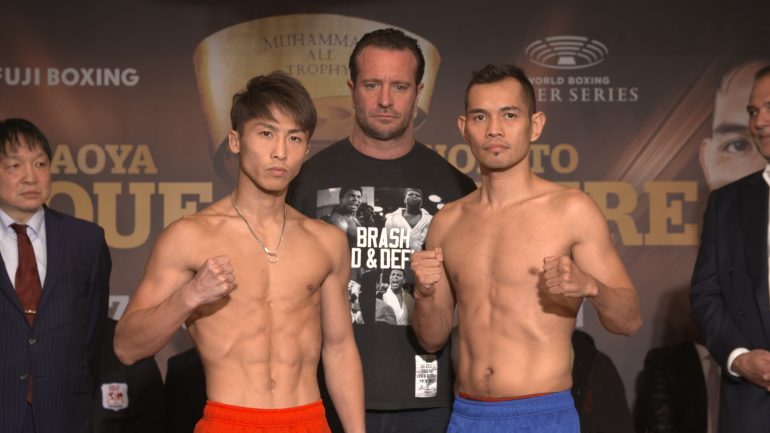 TOKYO – The closer it gets, the more special this event feels.

An enormous throng of media turned up to watch bantamweight power-punchers Naoya Inoue and Nonito Donaire weigh in ahead of their hotly anticipated World Boxing Super Series final at the Golden Palace Hotel on Wednesday. Both fighters made weight and looked to be in excellent fighting shape.

Inoue, The Ring Magazine champion and IBF titleholder, was positively glowing at 118 pounds. The unbeaten Japanese star, who has also annexed world titles at 108 and 115, is making his fourth appearance at bantamweight and has won his last three bouts inside two rounds.

“The official weigh-in is over and we’re ready for fight night,” said Inoue (18-0, 16 knockouts), whose words were translated on stage.

“I’m not seeing Nonito as the underdog. There’s no difference between us. As far as boxing is concerned, there’s nothing to expect but the greatest fight ever. If I am victorious tomorrow night, this will be a very big step towards a bright future.” 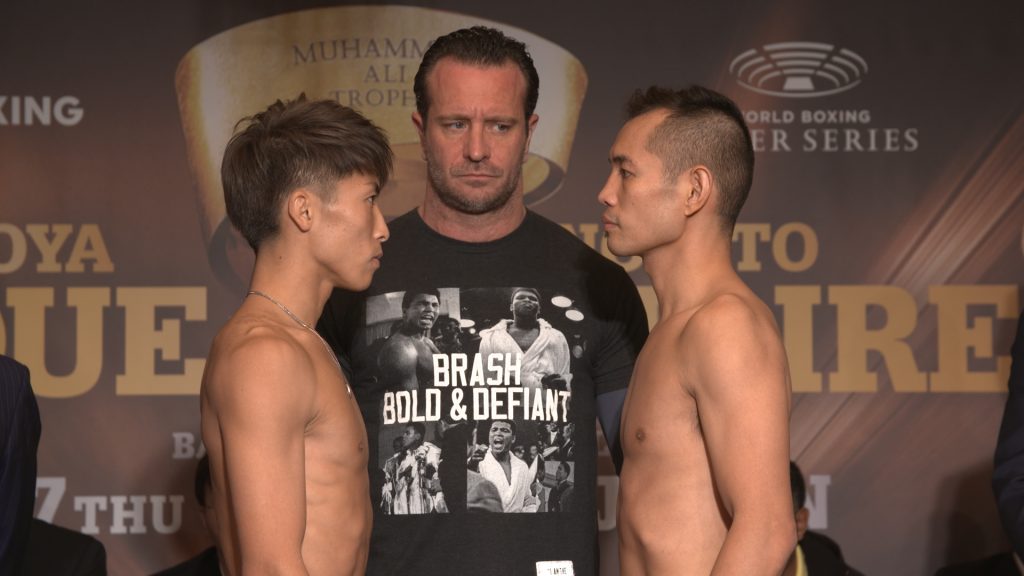 Donaire, who is rated No. 3 by The Ring, was comfortably inside at 117.5 pounds. One of the most decorated fighters of his generation, the reigning WBA bantamweight titleholder has also annexed titles at 115, 122 and 126 pounds.

“This is the best of the best and this is everything a fighter works for,” said Donaire (40-5, 26 KOs). “I’ve been through it all (before). It’s another step towards being undisputed (champion).

“This would be one of (my top victories), and I get to fight in Japan too. I’ve always loved the place, the fans are incredible, the people are incredible, so it’s good that I’m fighting here.

“I know exactly what I’m going to do inside that ring. The odds don’t matter.”

Inoue-Donaire takes place on Thursday at the Super Arena in Saitama. It will be televised live by DAZN in the U.S. and by Sky Sports in the U.K.