Nordine Oubaali: ‘Takuma Inoue has never fought a fighter like me’

While The Ring Magazine/IBF bantamweight champion Naoya Inoue and WBA counterpart Nonito Donaire have garnered much of the attention for their anticipated clash for supremacy, another fighter at 118 pounds hopes to make a statement of his own.

Nordine Oubaali will defend his WBC title against unbeaten Takuma Inoue Thursday night at the Super Arena in Saitama, Japan. The 12-round bout will stream live on DAZN (5:15 p.m. ET/ 2:15 p.m. PT).

The Oubaali-Inoue fight will precede the Inoue-Donaire fight, in which its winner will be crowned champion of the World Boxing Super Series (WBSS) bantamweight tournament.

Oubaali (16-0, 12 knockouts), who resides in Bagnolet, France, won the vacant WBC title by defeating Rau’shee Warren on January 19 in Las Vegas. Oubaali successfully made the first defense of the title in his most recent bout on July 6, stopping Arthur Villanueva, of the Philippines, after the sixth round in Nur-Sultan, Kazakhstan. 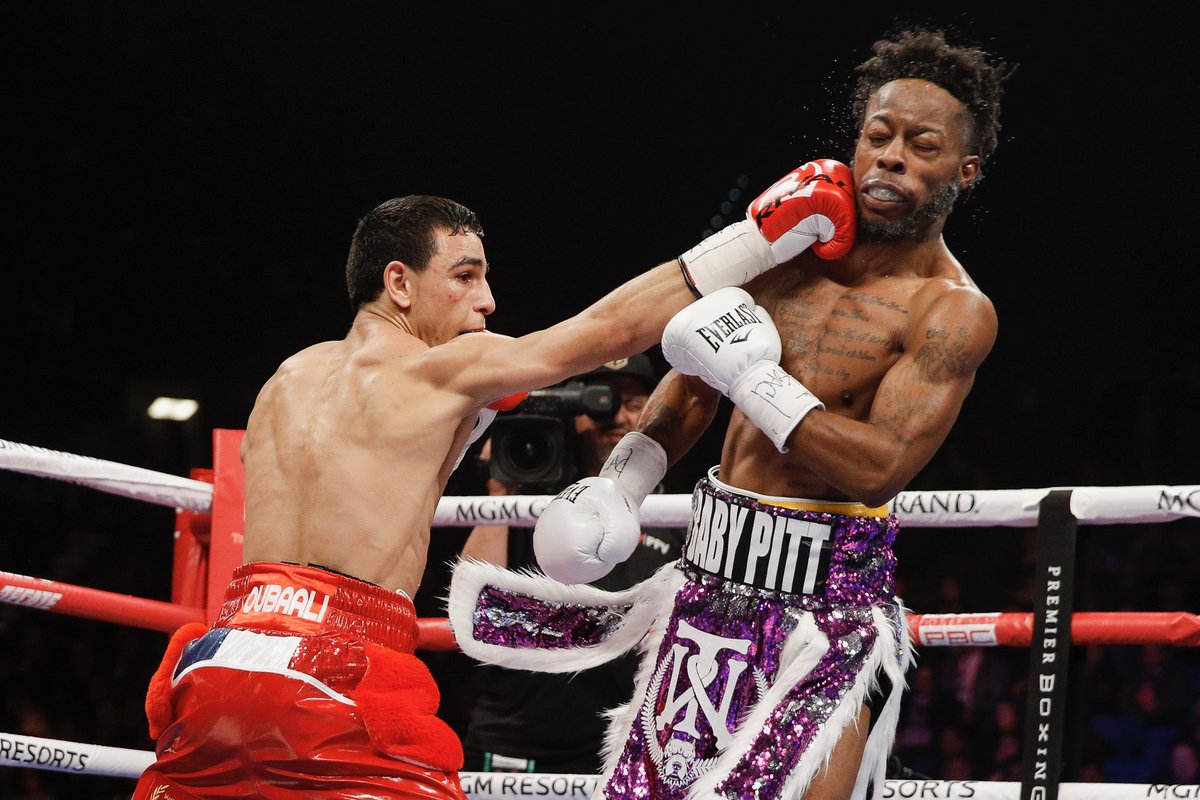 The 33-year-old of Moroccan descent will be facing the younger brother of Naoya Inoue. Takuma (13-0, 3 KOs) is 10 years’ Oubaali’s junior and has not fought since defeating Tasana Salapat (also known as Petch Sor Chitpattana) by unanimous decision on December 30.

Like his older brother, Takuma Inoue will have the home-crowd advantage.

“He is a good fighter,” Oubaali told The Ring in an email on Monday. “He is also our mandatory. He is unbeaten but he has never fought a fighter like me. We know we are better than him.”

Oubaali, who is ranked No. 4 by The Ring, believes he has to make a statement on Thursday night. He has displayed more power in recent fights, having stopped six of his last seven opponents.

Oubaali can generate a buzz with an impressive performance at the expense of Inoue.

“I do believe I have to win this fight clearly,” said Oubaali, who is trained and managed by his brother, Ali. “I never look for a knockout when I fight. If the knockout comes, it does naturally. This most important to me is to show my potential and demonstrate I can box. I can also be spectacular.”

A win on Thursday would put Oubaali in a position to defend against Luis Nery, who fights on November 23 against Emmanuel Rodriguez.

Oubaali is eyeing a potential showdown and unification bout against the winner of the Inoue-Donaire fight. He believes the fight can happen sooner than later.

“I have another mandatory after this fight against the winner of the Nery-Rodriguez fight. To be respectful to my opponent, I have to first win my fight against Takuma. I’m sure if Naoya wins, he will ask to fight me to avenge his brother.

“I would be happy to face either Naoya or Donaire in a unification fight. Who would not? I want to fight the best in my division and to show to the boxing world that I’m the best bantamweight in the division.”

With only 16 fights and at an age when many fighters could be past their primes, Oubaali believes the best is yet to come in his career.

“I have not reached my peak yet. Definitely not. I still have a lot to learn and progress. The more I fight, the more I get better.”

Francisco A. Salazar has written for RingTV since October of 2013 and has covered boxing in Southern California and abroad since 2000. Francisco also covers boxing for the Ventura County (California) Star newspaper, BoxingScene and FightNights.com. He can be reached by email at [email protected] or on Twitter @FSalazarBoxing.