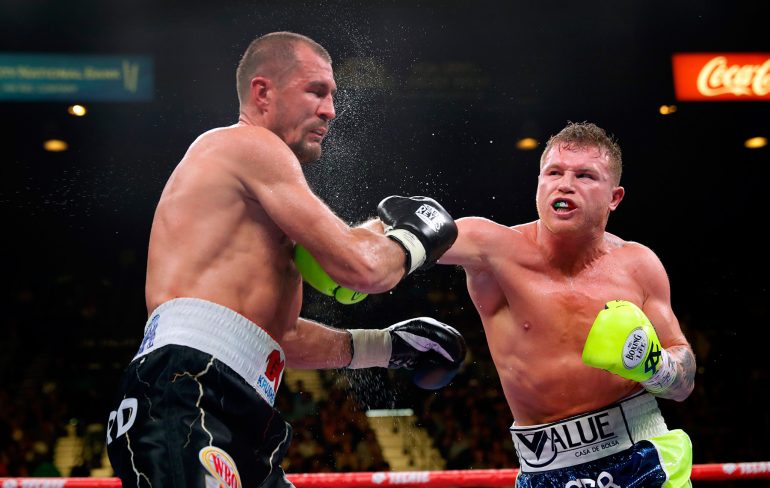 LAS VEGAS – Canelo Alvarez made history with his 11th-round KO of Sergey Kovalev on Saturday. The end result was fire, but was the fight worth the wait?

The anticipated showdown didn’t start until after 1:00 a.m. on the East Coast due to a decision made by DAZN, the streaming service that aired the title bout, to hold their main event until the main event of UFC 244 was finished. (The competing MMA showdown between Jorge Masvidal and Nate Diaz was broadcast on the jumbo screens inside the MGM Grand Garden Arena packed with 14,000 antsy Alvarez fans.)

The stoppage was as dramatic as knockouts get in boxing, but Alvarez didn’t lower the boom until near 2:00 a.m. ET. Those East Coast fans who stayed awake during the 90-minute delay and rather uneventful previous 10 rounds were treated to a KO of the Year candidate. 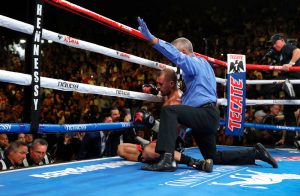 Alvarez (53-1-2, 36 KOs) used an upward-arcing left hook to rock the fading Kovalev into the line of a perfectly-timed and aimed right cross to the side of the chin that dropped the discombobulated Russian into a crouching heap on the canvas, one arm draped over a bottom rope like Jersey Joe Walcott after being blasted by Rocky Marciano’s famous “Suzy-Q.”

Alvarez, the reigning Ring Magazine middleweight champion, resembled Marciano in the way he patiently stalked Kovalev for most of the fight, taking his time to punish the naturally bigger man with choice shots to the body and head (often delivered one at a time), but his smart pressure and the defending beltholder’s pitter-pat jab did not make for enthralling combat to non-purists who don’t get off on a nervous stick-and-move strategy or economical counter-punching.

“The plan overall was patience, that was basically it – to have patience,” Alvarez said after the fight. “We knew it was going to be five, six rounds and it was going to take some time for me to get him. But honestly, he’s a great fighter. I’m new at this weight, new in this division.”

Part of the allure of this matchup was how Alvarez would deal with Kovalev’s size and punching power, but The Ring’s No. 2-rated light heavyweight never tried to physically impose himself on the 5-foot-8 Mexican star (who looked too thick in his upper body with the added weight). 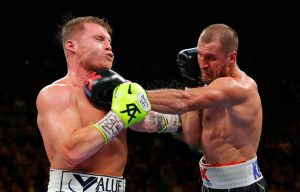 But Alvarez deserves credit for Kovalev’s trepidation. He earned respect early in the bout by walking down Kovalev (34-4-1, 29 KOs) and not taking a backward step during the few times the 36-year-old veteran caught him clean. To Kovalev’s credit he scored well with his jab, even though he didn’t put his usual “stick” behind it.

The early-to-middle rounds were slowed paced and difficult to score. Those who favored activity, scored more rounds for Kovalev (that would be the Boxing Twitterverse, which has developed a pathological aversion to the ginger-Mexican). Those who favored accuracy and power, scored more rounds for Alvarez (that would be the fans in attendance who cheered and reacted to every punch that he threw, including grazing punches and those that were blocked).

“It was a very close fight because he was defensive, he was closing up his guard,” Alvarez said. “All he was doing was trying to establish points, but we knew what was coming. Inevitably it would come, and everything came out the way we had planned.”

And with this victory, Alvarez, whether his haters (and, man, he’s got ‘em), want to admit it or not, joined some very elite company. 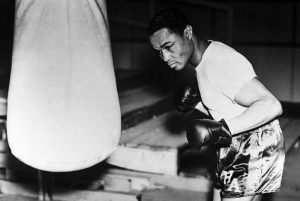 The promotion (lead by Golden Boy Promotions) claimed a victory would make Alvarez the first fighter to hold world titles in three weight classes since the great Henry Armstrong, which hardcore fans and purists pooh-pooh because of the nature of the 168-pound belt that he holds.

Alvarez is only the fourth former junior middleweight champ to win a major 175-pound title (after hall of famers Thomas Hearns, Sugar Ray Leonard and Mike McCallum). And he’s only the second Mexican national to win a major light heavyweight belt (after the late Julio Gonzalez).

Alvarez is still going to have his haters (and, man, they are saltier than ever after this victory), but he’s also got options. He’s a player in three weight classes and each division has worthy challengers.