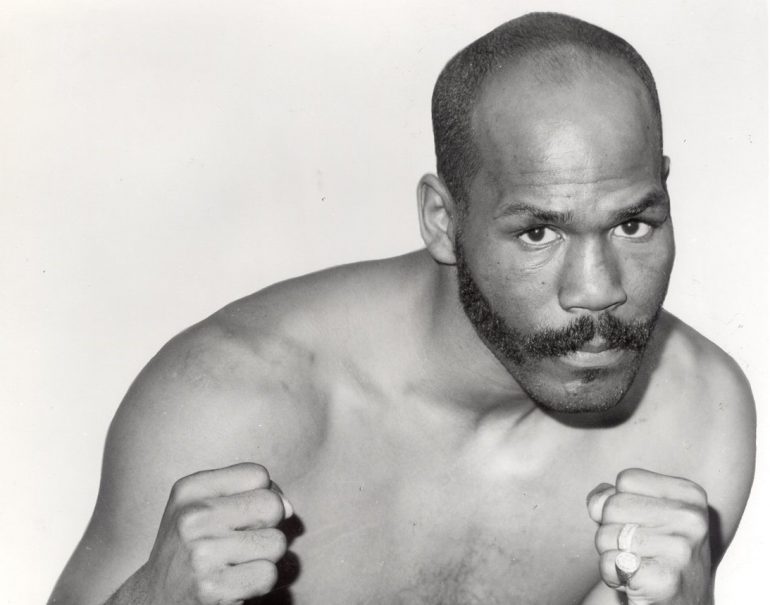 Photo courtesy of the WBC
02
Nov
by Anson Wainwright

Johnson was born in Indianapolis, Indiana on April 12, 1954 and came from humble beginnings.

“My early years growing up in Indianapolis were much like many other inner-city kids in the 1950s and 60s,” Johnson told the Ring. “My mother was very loving and nurturing. I had lots of fun, went to school, played with my siblings and neighborhood kids.

“But I grew up in poverty, so I always carried an ambition to provide my family with a better way of life. I had dreams of buying my parents a house, and I knew I had to make money to do that. At the age of 13, I met my one and only trainer Colin ‘Champ’ Chaney at the Indianapolis Pal Club. It was there that he began molding my dream into a reality.”

At 16, Johnson won the Golden Gloves in 1971 and an AAU title the following year as a light heavyweight. From there, he dropped down to middleweight, won another Golden Gloves title and went on to represent his country at the 1972 Olympics in Munich.

Although Johnson received a medal, it wasn’t the one he dreamt of. “When I first arrived at the Olympics, I was thrilled to be there,” he said. “I had one desire, to bring home the gold. For me, the bronze was a disappointment.

“I did not feel like I had represented myself or my country adequately. Even though people were congratulating me and supportive, I was not proud of myself. I regretted not doing better.”

Johnson decided to turn his attention to professional boxing, leaving the unpaid ranks with a record of 65-5 (55 knockouts).

He made his professional bow in May 1973 with a second-round KO and, in just his seventh outing, won a unanimous decision over sturdy veteran Gary Summerhays.

By the summer of 1977, Johnson was 15-0 when he was matched against Matthew Saad Muhammad for the vacant NABF 175-pound title. It was a punishing battle, featuring dramatic ebb and flow and terrific action. Midway through the final round an exhausted Johnson finally wilted, but both men came out of the fight with their reputations greatly enhanced.

“Pops” got back in the win column before surprisingly dropping an eight-round decision to then-novice Lotte Mwale in the summer of 1978. However, fate works in mysterious ways. The setback took place on the undercard of Mate Parlov’s successful WBC light heavyweight title defense against John Conteh, and the Parlov camp, perhaps sensing that Johnson was on the slide, selected him as their next opponent.

“My proudest moment in boxing was in Italy when I defeated Mate Parlov to win my first championship, the WBC title belt,” said Johnson. “I had reached my ultimate goal. It was the experience of a lifetime, and the people of Italy were more welcoming than I could have ever imagined. They demonstrated so much kindness and treated me like royalty before and after the fight.”

In his first defense, in front of 8,000 fans in Indianapolis, Johnson took on old rival Saad Muhammad. The two traded heavy leather in a classic rematch, but the Philadelphia tough guy won again, this time by emphatic eighth-round stoppage. The final session was later awarded The Ring “Round of the Year.” 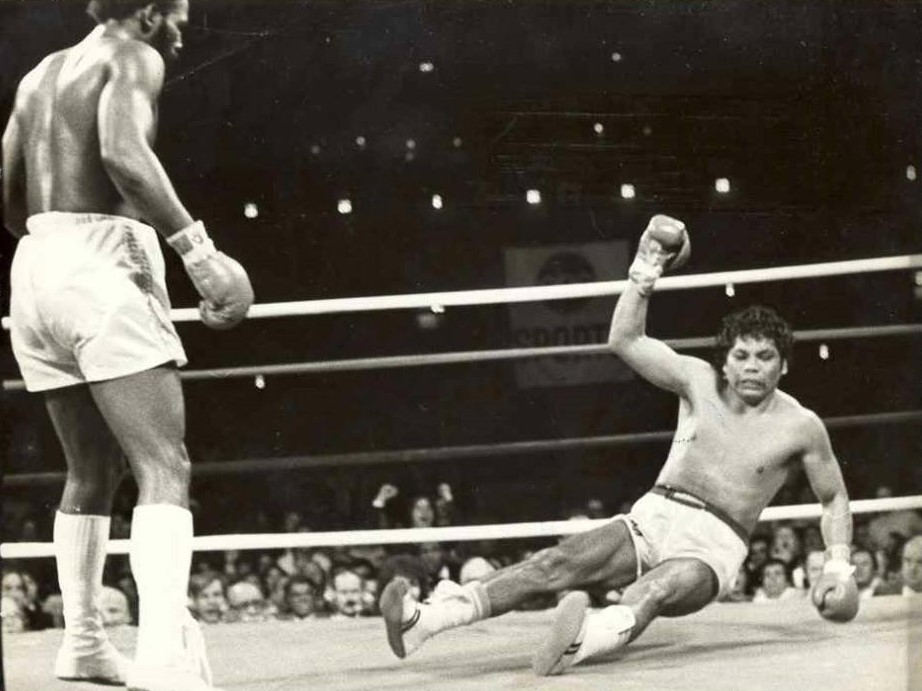 Johnson only lost one of his next 18 fights, and that was to future two-weight world champion Michael Spinks. However, he did best future world titleholder Prince Charles Williams and stopped three-time world title challenger Eddie Davis in five to help earn a shot at the vacant WBA belt.

At the age of 31, Johnson thrilled his hometown fans by regaining his old title six years after losing it, stopping unbeaten Leslie Stewart in seven rounds.

Johnson finally got over the hump in his first defense, stopping Jean Marie Emebe in 13 rounds before losing to Stewart in a rematch on the Caribbean Island of Trinidad and Tobago.

After losing his title, Johnson decided to retire. He did so with a record of 43-6 (35 knockouts). 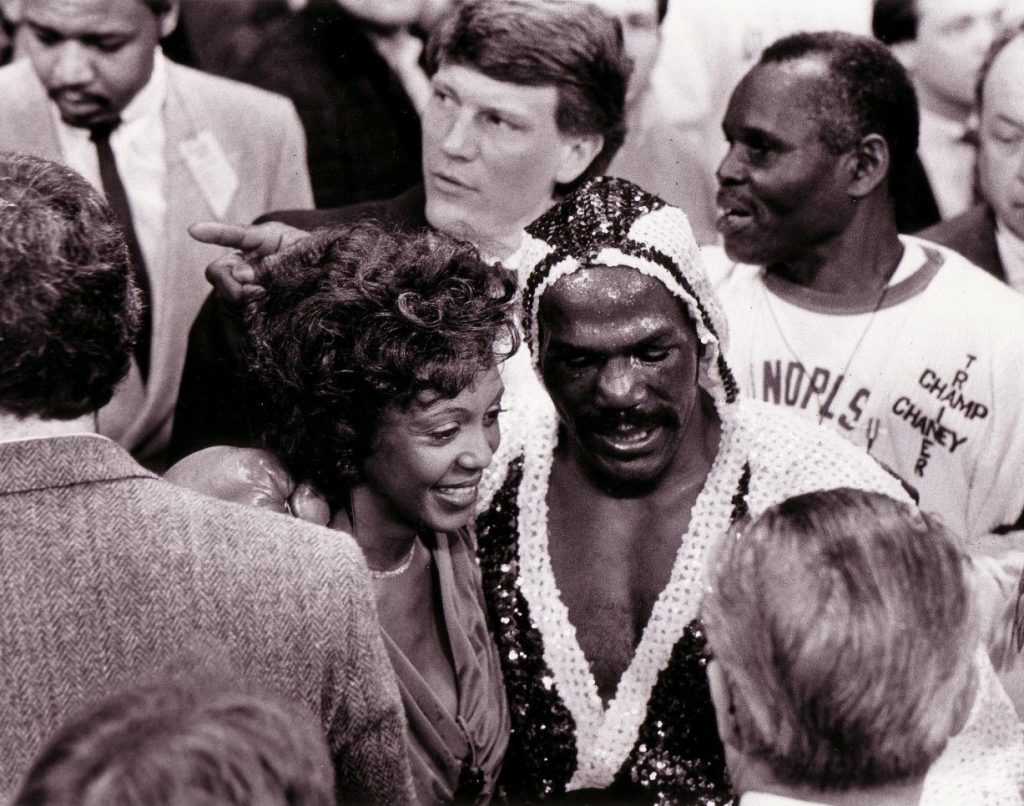 Johnson, now 65, has been married to wife Delores for 40 years, and they have five children and 13 grandchildren. He still lives in Indianapolis, and for the past 32 years has worked a 9-5 job at the Marion County Sheriff’s Department.

“I’ve been able to sustain a modest living and do the things I genuinely enjoy, such as spending time with my grandchildren and helping encourage and support their goals,” Johnson said of his life today. “I also like to travel, bowl, watch movies, and shoot pool.

“The limelight may have passed, but there is never a dull moment in my life. I am blessed to say I am still in good health and of sound body and mind. I attribute all my success to God, and I am proud to announce that my spiritual accomplishment has been my greatest achievement in life.”

BEST JAB
Prince Charles Williams: He had a very destructive and damaging jab that he used quite often. Even though I was able to adapt, I had difficulty maneuvering around it.

BEST DEFENSE
Victor Galindez: He was the master of the counterpunch. He was a very sneaky fighter. I was not used to such tactics. He was one of the best to implore his defensive capabilities, cleverness, and skillful techniques altogether. Spinks ranks as one of my fiercest competitors because he was a brilliant and defensive opponent. Spinks was continually blocking, moving and utilizing nice combinations.

FASTEST HANDS
Michael Spinks: Michael Spinks was quicker than most fighters. He would throw a variety of combinations, sometimes three or four power punches at a time.

BEST FOOTWORK
Williams: He had the dexterity to fight both pressing forward as the aggressor and shuffling backward as the defender. He mastered the art of excellent technical skills and was an intelligent, well-rounded boxer.

BEST CHIN
Matthew Saad Muhammad: He was powerful and able to take a lot. It was like he had an iron chin. I landed punches that usually guaranteed a knockout, but somehow Muhammad just took them and came back with more.

SMARTEST
Spinks: Spinks excelled in the combination punch. Combinations can be very confusing to the opponent. I considered them to be one of the key elements in boxing. Combinations win the fight.

STRONGEST
Spinks: His physical strength was not necessarily superior to any other fighter I had come across, but his ability to use his strength to his advantage when fighting made him more dominant.

BEST PUNCHER
Spinks: He was the only fighter to knock me out with one punch. That is the main thing that separates his punching abilities from everyone else in my book because that had never happened. It was not an easy thing to accomplish, not with me anyway.

BEST BOXING SKILLS
Galindez: I feel that experience is any boxer’s greatest skill. At the time of our fight, Victor had around eight more years’ experience in the sport, and he demonstrated that. His counterpunches, expertise and aggressiveness made him a triple threat.

BEST OVERALL
Saad Muhammad: Matthew Saad Muhammad is definitely my most challenging opponent overall, simply because he was the only adversary to beat me twice. I must give credit where credit is due.