Canelo Alvarez weighs in at 174.5 for Sergey Kovalev, who tips scales at 175 on fourth attempt 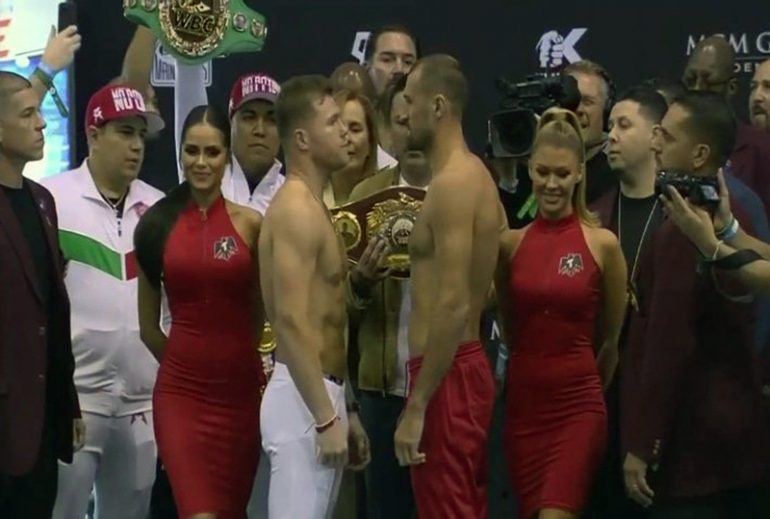 Kovalev (34-3-1, 29 KOs) weighed in at 176 pounds on his first attempt, a pound over the division limit. He dropped half a pound just getting rid of a big necklace before his second attempt. He was able to shave that down to 175.25 pounds after removing his undewear to step on the scale nude. Per Nevada boxing commission rules, the 36-year-old Russian veteran was given one hour to lose the quarter pound but he only needed about 10-15 minutes off stage.

On his fourth attempt Kovalev made with weight on the dot at 175.

Canelo Alvarez, the reigning Ring Magazine middleweight champion who had previously never fought heavier than 167.25 pounds, weighed in near the light heavyweight division limit at 174.5 pounds, the heaviest of his career.

Probably a lot better than Kovalev right now. However, at least Kovalev will have the opportunity to retain his title should he upset the 29-year-old Mexican star.

The fight will be streamed live on DAZN in the U.S.