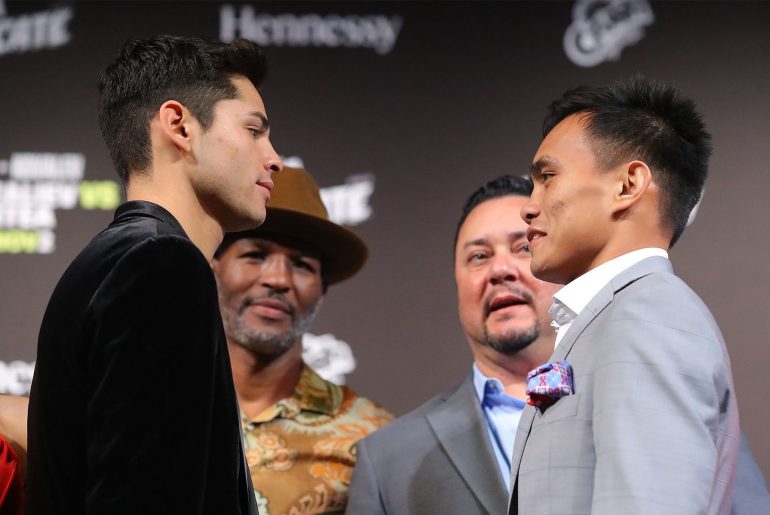 Below is what the fighters had to say at today’s press conference:

“This fight is a big fight, a big moment, there’s a lot of hype around it. A lot of things have been said about me not taking the fight in September but look, I’m taking it now. It’s a big moment on a big stage, and it had to happen here. You have two hungry fighters and Romero, he’s a big puncher and he’s going to come and try to knock me out. It’s a very dangerous fight. I took a younger fighter who’s up and coming so he’s hungry. Not some old guy, I took a young, hungry, hard-hitting fighter. I want to prove everybody wrong and I probably won’t get the respect end of the day but it’s okay as long as I put on the best show that I can.”

“I just got a lot of haters and they want to see me lose, even if I knock him out and I put on a beautiful boxing performance, they’re not going to respect me but I’m okay with that. I’m okay with just being confident in myself. I have a lot of respect for Romero Duno. Sometimes it confuses me when he wears t-shirts that ‘Ryan Garcia is running,’ so I’m a little confused, but I respect him.”

“I feel like my skills are better. I just feel like I’m going to win fairly easy. I don’t see it going all ten rounds.”

“I didn’t imagine that I could be here right now, fighting on a big card like this one. It’s a very big opportunity for me to show the world that not only Manny Pacquiao can make history in boxing in the Philippines. There’s a lot of Filipino fighters that can do that.”

“I’ve been dealing with a lot of talk from Marlen the last two years, mostly on social media of course, but I do my talking in the ring. Saturday night, she’s going to have a lot to deal with. I love that she’s underestimating me and thinks she’s gonna walk right through me. Saturday night, she’s in for a big surprise.”

“You’re a bad rep to women’s boxing period, you start beef with everybody. There’s little girls watching you too, and you disrespect me all the time. She has a bad ego, bad attitude, she’s disrespectful, she’s just a nasty person with a nasty attitude. Marlen Esparza is delusional.”

“I’m going to be the bully Saturday night, that’s for sure.”

“I’m excited to put on a show and I’m excited for the three-minute rounds – it’s huge for us in women’s boxing. I’m excited to do this not just for me but for all the Latinas everywhere.”

“She’s a compulsive liar. She tries to play victim all the time. You’re not the victim here, and then you want to shove me? Which are you, are you the victim or the bully? You need to pick a side.” 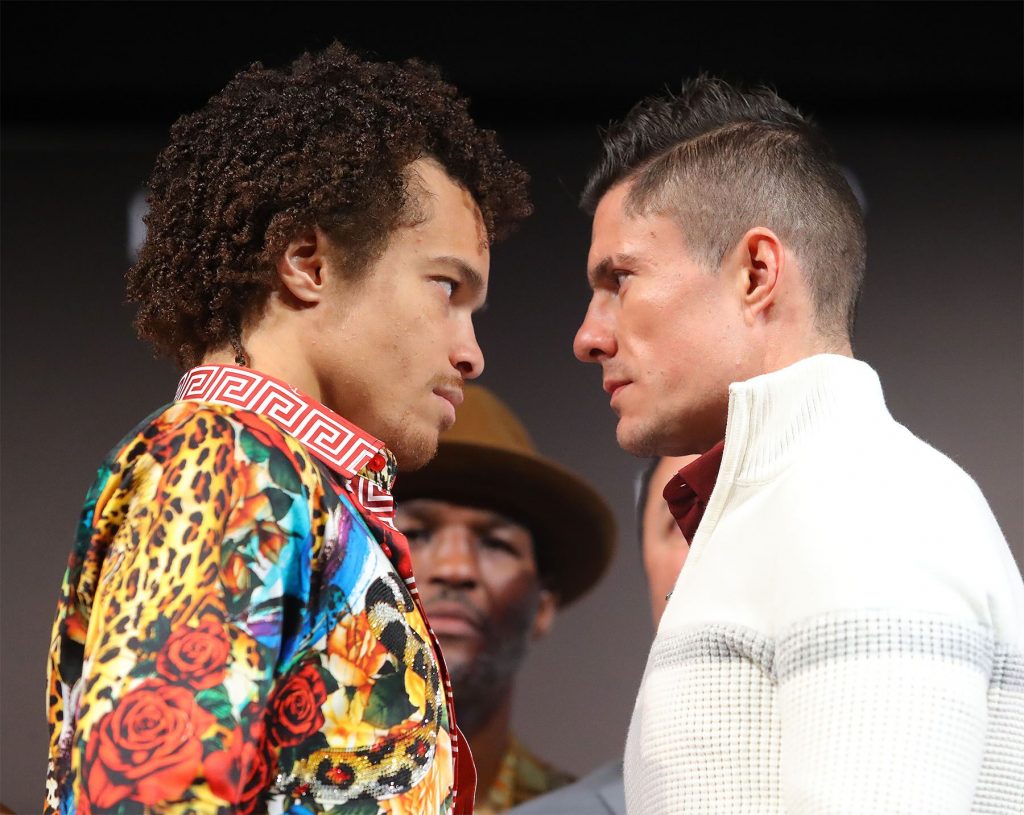 “I’m going out there to impress and show the world – millions around the world – what Blair ‘The Flair’ is all about baby. Woo!”

“I’m very grateful to be participating on such a card with great boxers. There’s a reason why we’re here and I look forward to giving a great fight.”

“As in any big event, you have the undercard and we have all these rising stars that are going to contribute in making this a special event on Saturday night. In the co-feature, Ryan Garcia wants to prove that he can be the next big star in boxing but he’s facing a tough customer in Romero Duno – who knows that with a victory, he’s right in line to challenge for a world title. And, we have two girls who are undefeated and are going to take their fight off of social media and into the ring.”

“A spot on the undercard is where it starts. I can’t tell you how many times I’ve looked through our archive and looked at a particular fight and been astonished at who was fighting underneath.”

“To my left, the future stars, this is your moment. Even though you’re not the headliner of the card, you have the chance to steal the show. You have the chance to be your own main event and be successful. To my right, the same goes to you – especially Blair and everybody that’s putting themselves into a position to one day be a main event. I love this sport, I love boxing, and when you get an undercard that has substance and meaning, it makes me feel even more grateful that I’ve left my DNA heavy in the history of boxing. Pay attention to the undercard very closely because one day soon, you’ll be rooting for them and you’ll be covering them.”