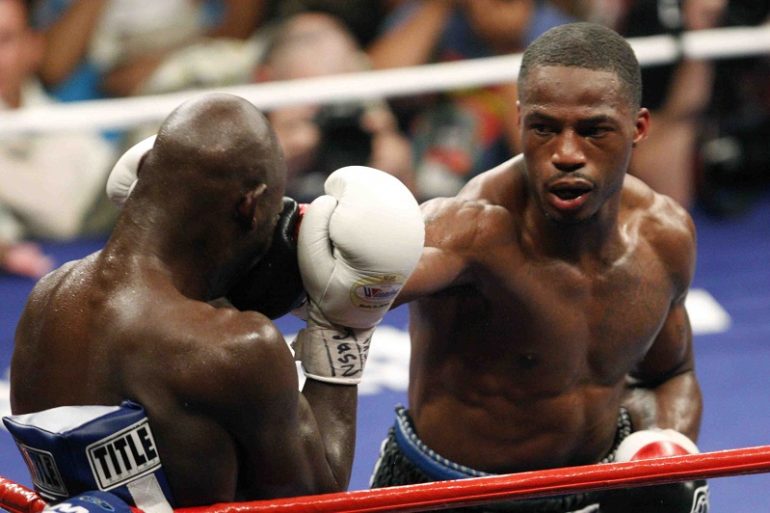 He’s been there, done that, campaigned at the top tier of the mountain as a light heavyweight, so I wanted to check in with “Bad” Chad Dawson about the Saturday scrap pitting middleweight champion Canelo Alvarez against solidified 175-pounder Sergey Kovalev.

I put it to the Hamden, CT resident, who holds a 36-5 record, asking him, point blank: Canelo versus Kovalev, who wins and how?

The 37-year-old hitter, a two-time titleholder at 175, who owns wins over Tomasz Adamek, Glen Johnson (2), Antonio Tarver (2) and Bernard Hopkins, thinks his fellow light heavyweight will get that W.

We chatted as Dawson counted down to trick or treat time; he has four boys, and will be the designated driver this evening while his eight-year-old goes candy seeking.

“I think Kovalev wins, but Canelo has a chance,” Dawson told me. “He’s a smart fighter, if anyone (can come from 160 to 175), he can. I was talking to a friend, and I said, ‘Canelo is a smart fighter, he knows what he’s doing.’ But I don’t see a big dude. Now, he fights probably at his natural weight, he isn’t killing himself to make weight. Kovalev making 175 (probably isn’t easy for him). Who is going to be fresher the night of the fight? Canelo maybe. Kovalev has that hard jab, thudding, and it will be hard for Canelo to get inside that possibly.”

Dawson, who has been operating on a fight-by-fight basis for promoter Jimmy Burchfield, and is wanting one more title opportunity, thinks Canelo has to land clean to the Russian’s body. Timing will be tricky, he needs to get off, and get out. “Kovalev, with those long arms, that height, countering will be tough,” he said. “But I wouldn’t be shocked if Canelo comes out with the victory.” Kovalev, via stoppage, Round 7 or 8, Dawson can see that happening at MGM on Saturday, a fight that will be broadcast live on DAZN.

We talked about power, and I opined that Canelo has an A-plus chin. He handled Golovkin’s power, and we discussed if Kovalev hits as hard or harder than GGG. Dawson had heard that GGG dropped Kovalev years ago, too. And Canelo also handled the power of the 168-pounder Rocky Fielding…

As for himself, Dawson gloved up recently. He downed Denis Grachev on Oct. 11, and he told me he graded himself a “B plus.” He did better, in most departments, than in his previous outing, June 29 against Quinton Rankin (the event drew 430,000 views on Facebook Fightnight Live).

“My timing was better, I moved better, better hand speed,” Dawson said. He also liked his defense; he didn’t get hit with things he shouldn’t have, he declared. “I still got things I need to work on, combos; there are still improvements to make. I’m looking for one more big fight, then close that book. I’m looking to fight in December, I’m already back in the gym, I can get a call and be ready!”

Readers, do you agree with “Bad” Chad, who told me he thinks odds are Kovalev gets the W over Canelo, maybe a 70-30 edge?

Talk to me, who wins Canelo versus Kovalev and how?