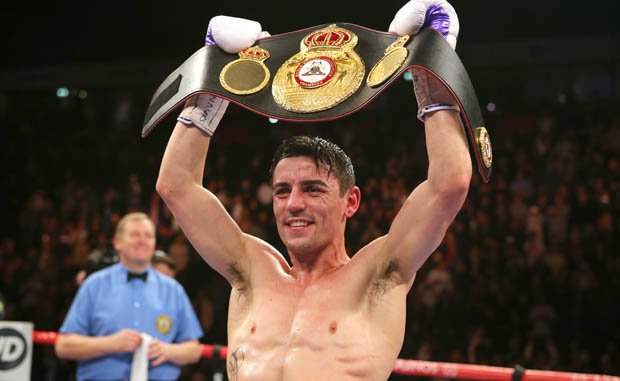 After recovering his senses, Anthony Crolla, the former WBA lightweight titleholder, knew that there were only two choices – retire or have one last hurrah in his beloved home city of Manchester, England. It would be a goodbye kiss to his loyal home support, those who had watched him evolve from domestic player to prince of the city.

Pound-for-pound king Vasiliy Lomachenko was the man that put Crolla in that position. The unified lightweight champion had dominated him en route to a violent and decisive fourth-round knockout. The glory days were over, but could the affable Englishman motivate himself for a farewell bout?

“I had a think about it, and I wasn’t sure,” acknowledged Crolla during a recent conversation with The Ring. “I knew after Lomachenko that I was either having one more or it was all over.

“A few weeks later, I landed in Ibiza and got a text from (Matchroom promoter) Eddie (Hearn) saying November 2nd. That was it. It’s all his fault [laughs]. No, to be honest, by that time I did think I was going to have another one. It was just a question of getting a date.”

This Saturday, Crolla (34-7-3, 13 knockouts) will throw down for the 11th and final time at the MEN Arena. The opponent will be the undistinguished Frank Urquiaga, a former European title challenger, who was born in Peru and now lives in Spain.

Win or lose, and he’s expected to win comfortably, what will the fighter known as “Million Dollar” miss most?

“These nights,” said Crolla instantly. “The walking out in front of my Manchester crowd. There’s so much that I’ll miss but mainly the crowd and being in the gym day in and day out. I can still go to the gym, but when you’re not getting ready for a fight yourself, the edge isn’t there.

“I’ll always be around boxing, though. It’s a big part of my life and it always will be. I’m expecting (retirement) to be a struggle. There’s no denying that the temptation to come back will be there when I’m in the gym keeping fit. I just think that now’s the right time, the sensible time.” 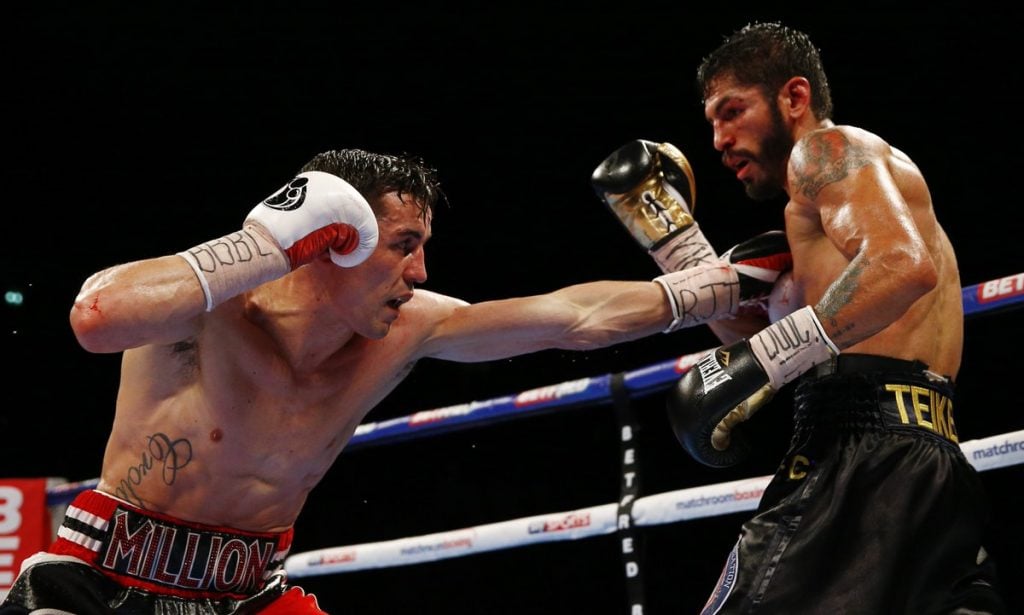 Getting out of boxing at the right time is paramount for Crolla. In recent months, a host of former world titleholders from the U.K. have stepped away, including David Haye, Tony Bellew, George Groves, James DeGale and Ryan Burnett. All of these athletes are likely to remain in the sport in some shape or form.

“It helps a lot, but I know the hunger never really leaves you,” Crolla said. “You’ve got to try and feed that hunger. You’ll never be completely fulfilled, but you’ve got to feed the hunger as best you can.

“I’ve got to deal with this myself. I’m saying to people this is it, this is the last one, and I don’t have any pressure from my wife or anyone else in the family. My mum’s happy that I’m retiring. There are some people who think I should carry on, but I just think it’s time for me to call it a day.”

Skills aside, one of Crolla’s main assets is his relentless drive. The 32-year-old entered The Ring Magazine lightweight ratings in July 2015 and he’s still rated No. 8 four years on. Only reigning IBF lightweight titleholder Richard Commey has had a longer tenure in the division.

“I only found that out yesterday and I was made up,” said Crolla with pride. “It’s the rankings that boxing people go on. To be in the Ring rankings that long is amazing. (Trainer) Joe (Gallagher) told me and he was buzzing about it as well, you know what he’s like.

“I’ll be gutted to bow out of the Ring rankings. Hopefully, Commey moves up and I can be the longest (laughs). No, it means a lot, and I have loads of cutouts from the rankings.”

A professional for almost 13 years, Crolla deserves the happy ending after what has been a triumphant, albeit arduous, journey. There was the emotional anguish when friendly opponent Kieran Farrell suffered a brain injury. There was the brutal assault that left Crolla with a fractured skull and ankle. There were devastating career setbacks. He battled on, however, and achieved his dream by knocking out Darleys Perez in five rounds to win a world title in November 2015.

But despite everything he’s accomplished, Crolla has always had the touch of the people. When it came to combat, nothing seemed to be more important than his Manchester faithful.

Katie Taylor vs. Christina Linardatou and Crolla vs. Urquiga will be televised live on DAZN in the U.S. and Sky Sports in the U.K.