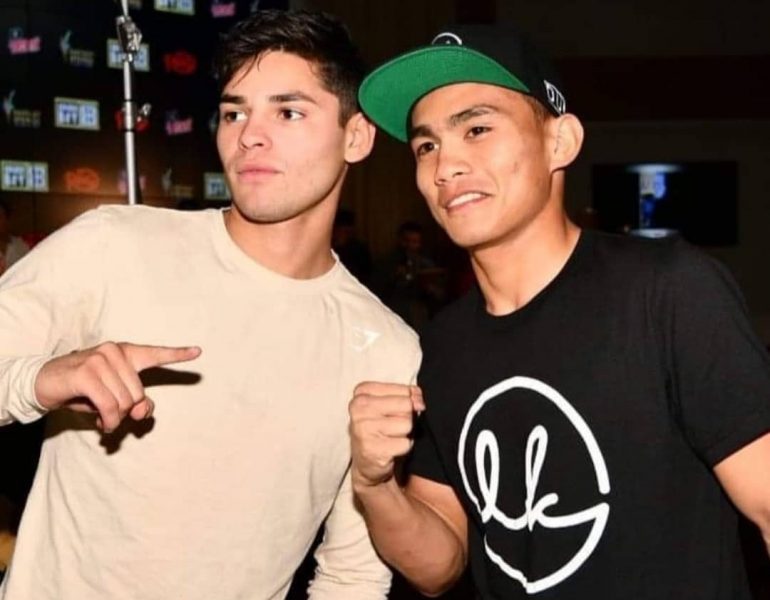 “King” Ryan Garcia seems to be on the upswing, word is that time spent under Eddy and Chepo Reynoso, time spent with and around middleweight champ Canelo Alvarez, has lifted the kid (who used to be what they called a “heart-throb,” a certified social-media kingpin) to maybe a new level.

We shall see, on Saturday, when the Golden Boy boxer meets promotional stablemate Romero Duno, in Las Vegas, as chief support to the Canelo Alvarez versus Sergey Kovalev light heavyweight main event. But, sounds to me like young Ryan, age 21, is seeking to steal the show.

I spoke to his dad, Henry Garcia, who taught him the sweet science, and has seen him grow from prospect to, well, we will all see for ourselves when we tune in to DAZN.

“We are more than ready,” Henry told me. “Ryan predicts that it will not go to distance, he will go for the KO.”

What is his scouting report on 21-1 Duno, a 24-year-old Filipino boxer-puncher?

“He hasn’t seen what an elite boxer really looks like in the ring,” Henry said. “He totally misunderstood and underestimates Ryan. Huge mistake…huge!”

“Once Duno finds out how hard Ryan hits he will back-track and know he has no chance. The problem him and his team is making is they are concentrating more on Ryan’s speed than his power. That’s how I know they don’t have a clue about Ryan’s power ability. Huge mistake. He will steal the show before round five! Every sparring partner Ryan has in the last month that was Ryan’s weight he either wobbled or stopped. So, we had to get bigger guys and the last guy quit on us. True story!”

Noted! Filed away and digested. Sounds like y’all will want to make sure you tune in to the undercard, if Henry’s instincts are to be believed…