OPINION: Josh Taylor won, but there were no losers in Regis Prograis fight 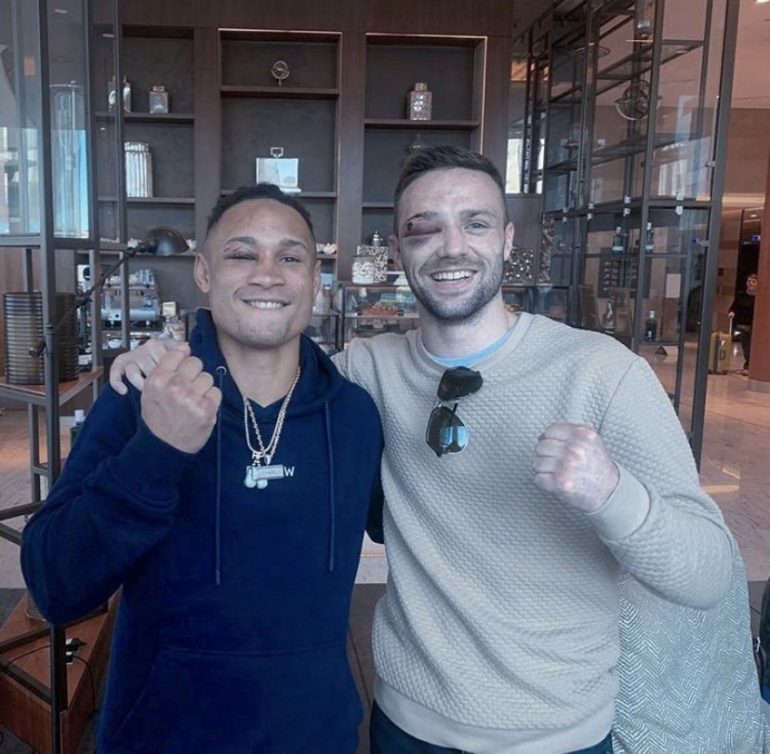 Yes, Josh Taylor “won” on Saturday night in London, when he scored a majority decision win over Regis Prograis, and secured another 140 pound strap, in a bout which ran on DAZN.

But, I know this could come off as corny, there were no losers, in that both men left the ring conscious, and the sportsmanship on display, post-fight, reminded you why you love this complicated sport.

Taylor, from Scotland, and Prograis, from Louisiana, USA, beefed pretty good in the lead up. Nothing crazed, but yeah, they went back and forth with verbal darts. And then, as typically happens, they sorted it all out in a squared circle, and reached a point of mutual respect.

Look at this social media back and forth. 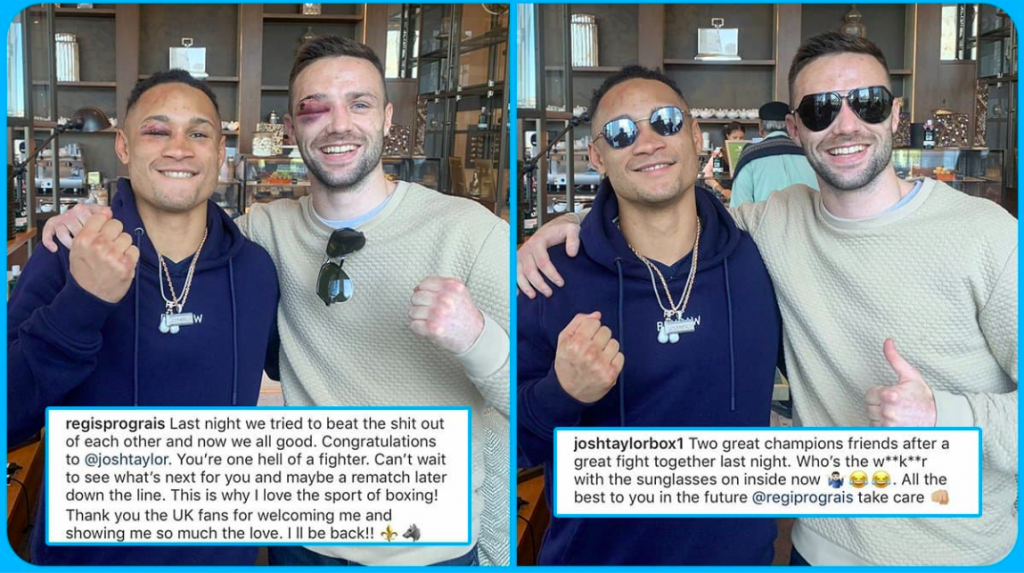 Taylor had chided Prograis for wearing sunglasses indoors during a presser. He made light of the moment post-fight, in this post, further evidence of an easy-to-root-for spirit in the Scot.

The combatants turned buds posed together, sunglasses on, sunglasses off. The message? This was an interactive endeavor, and more so a communal event than one would think. It was a competition, but also a meeting of minds and, indeed, souls. Those two men pushed each other to their limits, and one man had his hand raised, and one man was “the better man” on this occasion.

But Prograis handled the loss with as much grace and dignity and decency as you could hope to expect…and his stock rose. In my mind, my estimation of his worth as a person up-ticked. He gave the winner ample props, didn’t complain or explain…He proved to be a role model to any and all of us seeking to find a blueprint to dealing with loss and disappointment.

Props, to both you men, and thank you, Josh Taylor, and Regis Prograis, for giving of yourselves to entrance and entertain us, and being adults we can look up to and admire, without reservation.