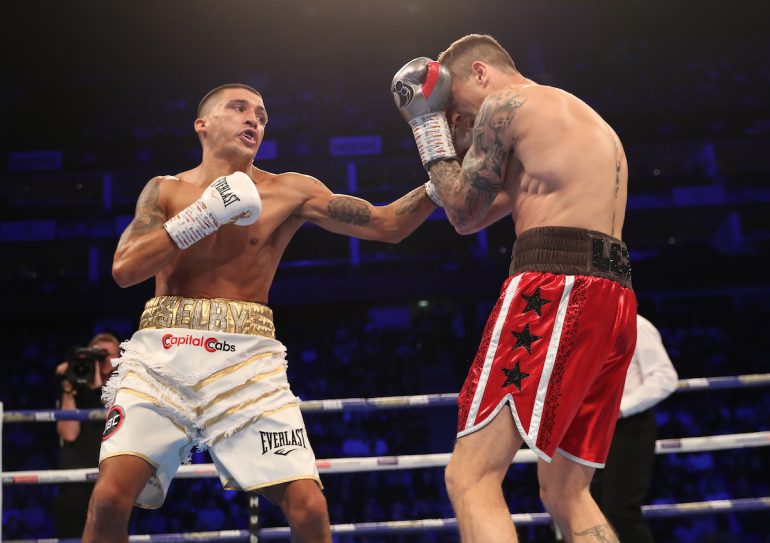 Selby (left) on the offensive against Ricky Burns. Photo by Mark Robinson
26
Oct
by Tom Gray

LONDON – Welshman Lee Selby produced his best performance in years to claim a 12-round majority decision over Scotland’s Ricky Burns at the O2 Arena on Saturday. The official scores were 116-112, 116-113 and 115-115.

Selby, a former IBF featherweight titleholder, was making his second appearance at the 135-pound limit and entered the ring as the underdog. The 36-year-old Burns, a former titleholder at 130, 135 and 140 pounds, was looking for a springboard to yet another big fight.

In the end, Wales took the victory.

“I had to work hard,” said Selby (27-2, 9 KOs) in a post-fight interview with Sky Sports in the U.K.. “I thought I done enough (to win). I feel more comfortable at lightweight. Ricky Burns is a seasoned former world champion.”

From the outset Burns (43-7-1, 16 KOs) was on the front foot, but Selby was pulling some eye-catching shots from the outside and using the ring extremely well. The Scotsman struggled to find his timing and a change was required after the first three rounds.

In the fourth, Burns took to the inside and began roughing Selby up in close. Those tactics were effective and seemed to throw the Welshman off his rhythm, but Burns was still struggling to gain a significant foothold. An uncharacteristic shot after the bell to end the fifth – in reaction to rough stuff on the inside – seemed to highlight the Scotsman’s mounting frustration.

Sensing he was behind, Burns put forth a strong drive in the seventh, rattling Selby with a brace of combinations. That attack continued in the eighth and the Welshman suddenly seemed reluctant to match his opponent’s pace. Selby was still scoring, however, and his shots were memorable.

The action became untidy late. Burns bulled forward with plenty of work, but Selby remained composed and popped home some really nice counterpunches. Burns got the best of it in the championship rounds, but it wasn’t enough to close the gap on two of the judges’ cards. This was a mature performance from Selby, who has undoubtedly found a new lease of life at lightweight. 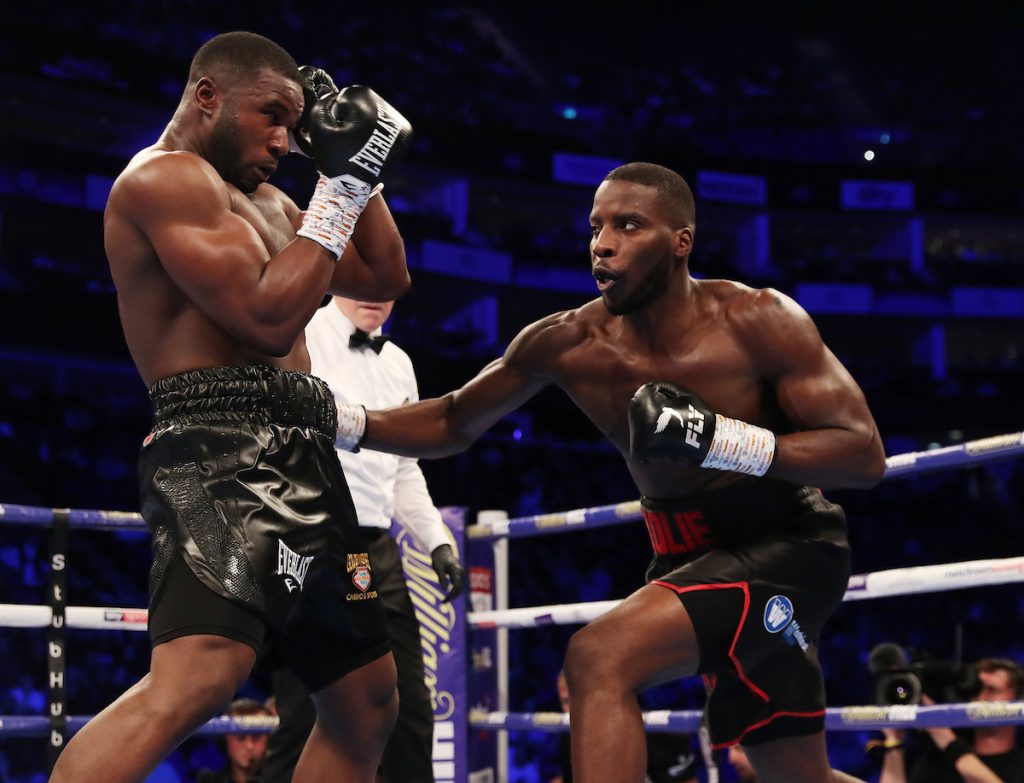 London’s Lawrence Okolie added the European cruiserweight championship to his British and Commonwealth straps by posting a seventh-round stoppage of Yves Ngabu (20-1, 14 KOs). The official time was 2:28. It was a messy affair at times with Okolie smothering his own work, but he inflicted plenty of damage. In the seventh, a powerful right rocked the Belgian visitor badly and his equilibrium deserted him. The referee had no choice but to halt the action before Okolie (14-0, 11 KOs) had the chance to strike a wide-open target. 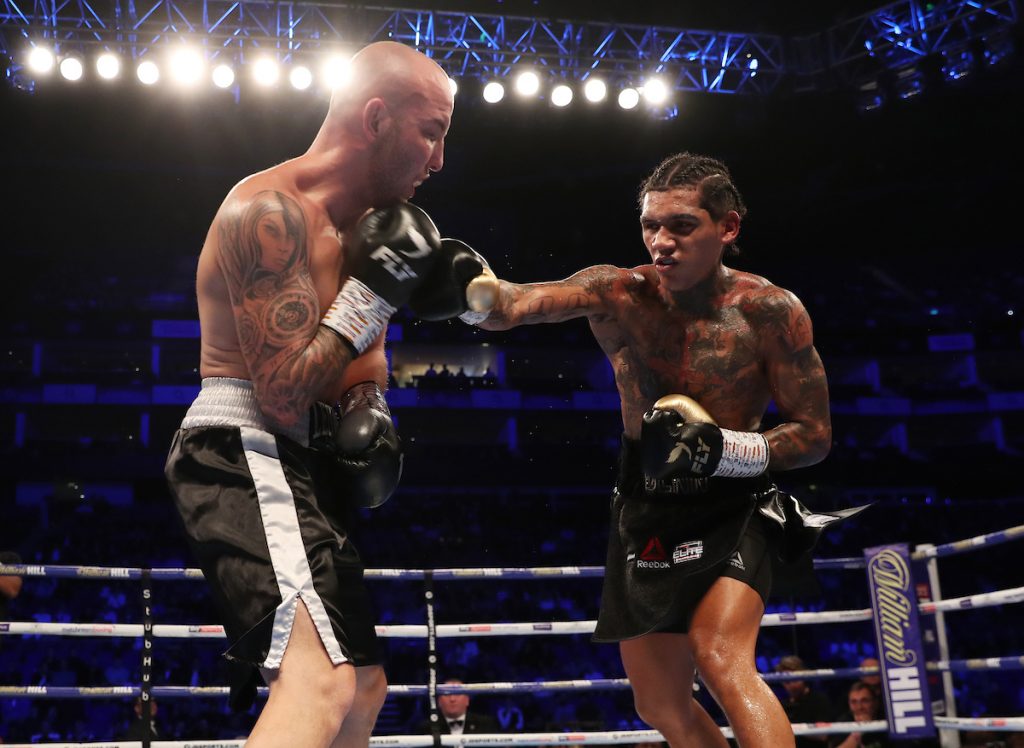 Conor Benn (right) has his way with Steve Jamoye. Photo by Mark Robinson.

Conor Benn, son of two-weight world titleholder Nigel Benn, scored a convincing fourth-round stoppage of Steve Jamoye at welterweight. The official time was 2:18 and the bout was scheduled for 10. Benn hurt his man to the body in Round 2 and although he absorbed a handful of heavy power shots, the Englishman had things largely his own way. Benn (16-0, 11 KOs) closed the show with a powerful right hand on the end of a combination and Jamoye (26-8-2, 5 KOs) was out before he hit the canvas.