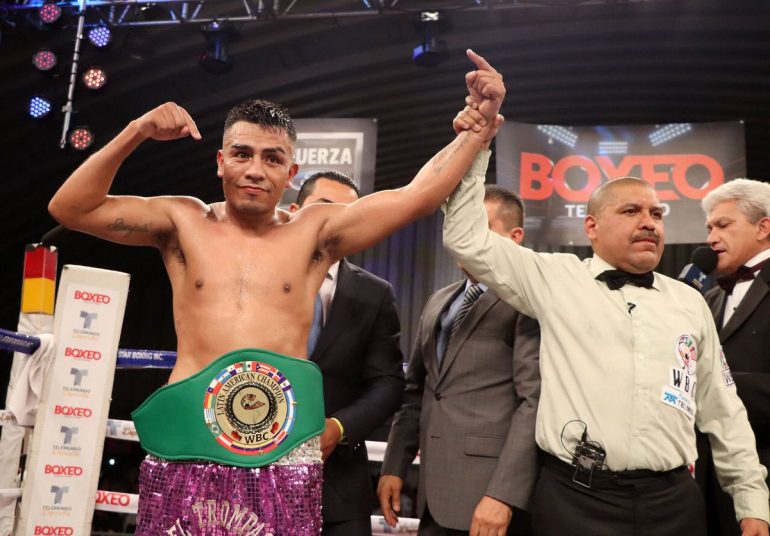 Welterweight Mauricio Pintor defeated John Karl Sosa by technical decision in round six Friday night at the Auditorio Blackberry in his hometown of Mexico City.

The clash between Pintor and Sosa was another chapter in the Mexico vs. Puerto Rico and was a crossroads bout where the winner would become a fringe contender in a talented and competitive welterweight division. Friday’s All Star Boxing card also culminated the 2019 ‘Boxeo Telemundo’ series.

Pintor was on the attack from the opening bell, putting Sosa on the defensive and having to fight off his back foot. He was able to successfully land counter left hands to the head during several exchanges, one that stunned Sosa at the end of round two.

Sosa had his moments fighting from distance in round four, keeping Pintor at distance with a jab and following them up with right hands to the head. The tactic worked temporarily as Pintor closed the distance between the two fighters the following round.

During the sixth round, an accidental clash of heads towards the end of round six opened a cut above the left eye of Pintor. After a ringside physician examined a cut, referee Laurentino Ramirez stopped the fight at 2:47, where Pintor was declared the winner.

Pintor has now won his last three bouts since a split decision loss to Patricio Lopez Moreno in March of 2017. He is the nephew of former world titleholder Guadalupe ‘Lupe’ Pintor.