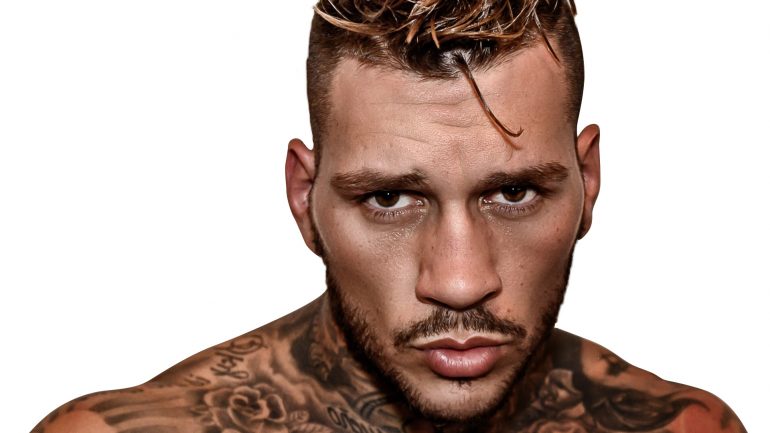 The judges scored it 97-92 and 98-91 twice for Scardina, a native of the Milan area who now resides in Miami, Florida.

The card was broadcast live from the Allianz Cloud arena in Milan, Italy on DAZN.

This one got off to a fast start but then settled into a somewhat listless affair. Both men did some good work in the opening round. In the second, Scardina buckled Achergui’s legs with a looping right hand and floored him with a follow up left hook a moment later.

The Belgian responded well in the third, landing a few solid blows that kept Scardina honest. For some reason, Scardina’s corner had told him to slow down the pace and that’s just what he did, which let Achergui back into the fight. As the fight moved into the middle rounds, the Italian was clearly doing the better work but also giving the impression that he could do more.

The crowd became lifeless over the last few rounds. Every time Scardina landed something big he’d back off. It felt as though he was trying to pace himself for the distance in order to get in rounds. Either way he controlled the pace all the way through the final bell.

In the co-main Francesco Patera, an Italian based in Belgium, scored a unanimous decision victory over Domenico Valentino, a decorated amateur and three-time Olympian for Italy.

This fight got off to a sluggish start. Two separate head clashes early on opened cuts above the inside corner of both fighter’s right eyes. After a slow start, Valentino appeared to find a rhythm in the middle rounds. He boxed well against the taller Patera, who was inactive and missed a lot of his punches from the outside.

Things heated up in the later rounds as Patera closed the distance and increased his punch volume. In the closing seconds of the fight, Valentino pinned Patera on the ropes and was teeing off when suddenly, a counter left hook dropped him to the canvas, giving the Belgian a 10-8 round.

It was a close fight that could have gone either way, but the official scores were surprisingly wide. The judges saw it 117-110 and 117-111 twice for Patera, who improved to 23-3 (8 KOs) while Valentino suffered his first pro loss (8-1, 1 KO). The crowd booed the decision.

Earlier in the evening Ukraine native Maxim Prodan, who now calls Milan home, won the vacant IBF International welterweight title with a split decision win over Welshman Tony Dixon. The taller Dixon tried to use his length from the outside, while Prodan worked his way inside with looping shots. Dixon had success with his jab early on, but the momentum began to shift in the middle rounds.

Prodan did a good job staying low, catching most of Dixon’s work, and driving him back. Dixon did make a push late to make things competitive, but Prodan appeared to do the better work throughout. After 10 rounds one judge scored it 96-94 for Dixon, while the other two saw it 97-93 98-92 for Prodan, who improved to 18-0-1 (14 KOs) with the win.