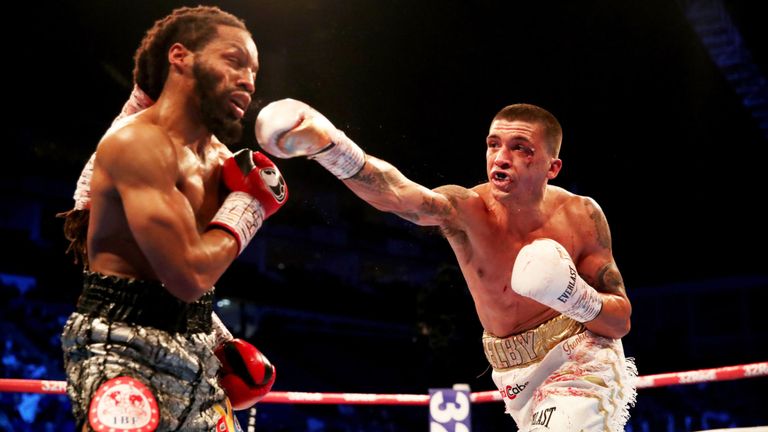 It was a terrible ordeal.

Welshman Lee Selby had been boiling himself down to the featherweight limit for seven years before capturing the IBF 126-pound title. Making weight was the stuff of nightmares but following all of that toil and sacrifice to achieve his dream, he was in no mood to let the scales win. Selby pushed on and made four successful defenses before being dethroned by rampaging pressure-fighter Josh Warrington last May.

The title was gone, and the featherweight division went with it. Selby’s physical resources were being depleted to such a degree that he made the decision to leapfrog the 130-pound division and head straight for lightweight. His debut took place in February and, despite sustaining horrible cuts over both eyes, the 32-year-old from Barry scored a 12-round unanimous decision over American Omar Douglas.

“I felt a lot better, not so much in the fight because the cuts wasted my performance and I didn’t get a chance to show what I could do,” Selby told The Ring. “Making weight was obviously easier, and I enjoyed training and life in general. I always have a lot of energy in training camp, but I don’t need to cut out any food now and I feel a lot better.

“That was never going to be an easy fight. Omar Douglas is a good opponent, but the British public don’t really know him. He’s from Delaware, and while he’s not had the publicity that he deserved in his career, he’s a good fighter. I wanted a proper fight, not a pushover, and that’s what I got.”

Next up for Selby is former three-weight world titleholder Ricky Burns. The 12-round bout will take place on the undercard of the WBSS final between Regis Prograis and Josh Taylor at the O2 Arena in London on Saturday. It’s a crossroads matchup. Whoever wins is almost guaranteed another big fight, but the loser has a long way to fall.

The pair go way back. In February 2014, Selby ventured up to Scotland to spar Burns ahead of the latter’s WBO lightweight title defense against Terence Crawford. I actually attended one of those sparring sessions, in fact, while giving Selby a lift afterwards, I got lost trying to find his hotel. A fight with Burns seemed miles away (excuse the pun) at that point in time.

“I didn’t really think about it back then,” acknowledged Selby. “Even though I was European champion at featherweight, I was still coming through. He was an established lightweight world champion back then and I didn’t think our paths would cross.

“There was talk of this fight being a main event in Scotland, Wales and London too, I think. But it’s ended up on the undercard of a great bill, so it is what it is. I’m not fussed whether it’s main event or chief support. I’m just happy I’m fighting and that’s that.” 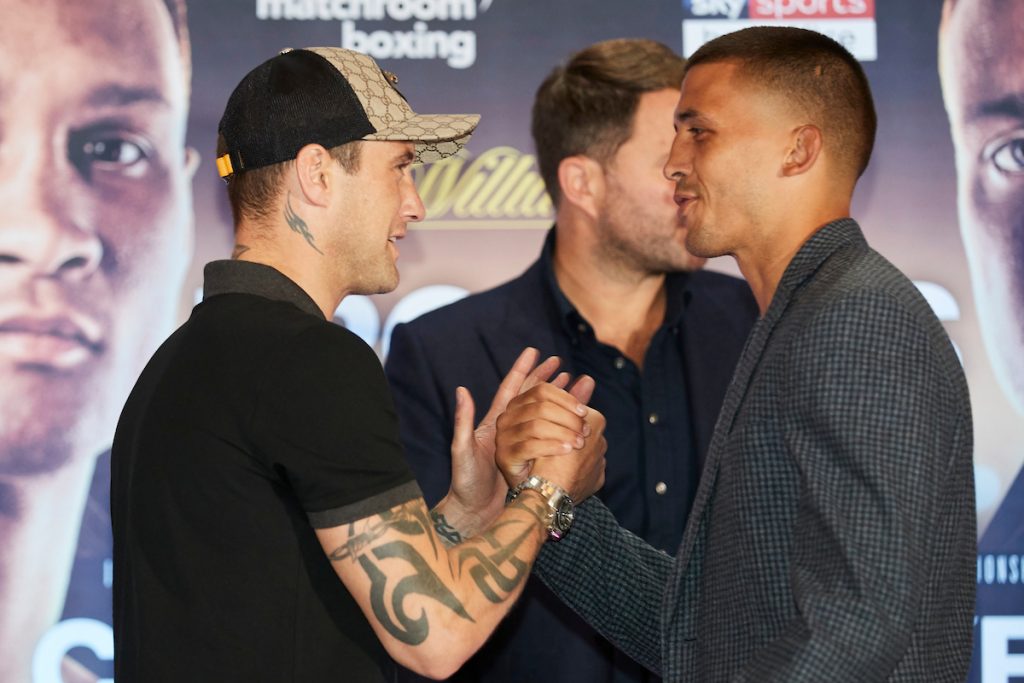 Selby is currently ranked No. 4 by the IBF at 135 pounds. Reigning titleholder Richard Commey will face mandatory challenger Teofimo Lopez on Dec. 14 in New York, the No. 2 spot is vacant, and the No. 3 position is occupied by Australian George Kambosos Jr. Selby is hoping that a Burns victory leads to a final eliminator at the very least.

“It would be nice to make history for Wales and become our first two-weight world champion,” Selby offered.

The Ring: What about Joe Calzaghe?

Lee Selby: “Did he do two weights? He won The Ring Magazine (at light heavyweight).”

The Ring: Please tell me you’re counting that, Lee? [laughs]

LS: “In your eyes, he’s a two-weight world champion?”

The Ring: “Let’s put it this way, if you ever win a Ring Magazine title at lightweight, you’ll be a two-weight world champion.”

LS: “I’ll be a two-weight world champion then? Okay!” [laughs]

On the upside, the talented Selby would make history by being the first Welshman to move up two weight classes to capture a second world title – if he can do it – but all of that is for the future.

At his best, Selby possesses a silky skillset and he doesn’t waste many punches. However, he’s going in against a seasoned and determined opponent who has captured world title belts all the way up to 140 pounds. Will Selby be able to cope with Burns’ natural size advantage and physical strength?

“I don’t think there will be much of a strength advantage,” countered Selby immediately. “When we stood next to each other, I felt I was the slightly bigger guy. We’ll just see how it goes on the night. If he wants to come out and box, it’s gonna be a boxing match. I am looking to go out and box and do what I usually do.”

Prograis vs. Taylor, Burns vs. Selby and further undercard action will be broadcast live on Sky Sports Box Office in the U.K. and DAZN in the U.S.