Josh Taylor: ‘There’s no way Regis Prograis can beat me, I’m better all round’ 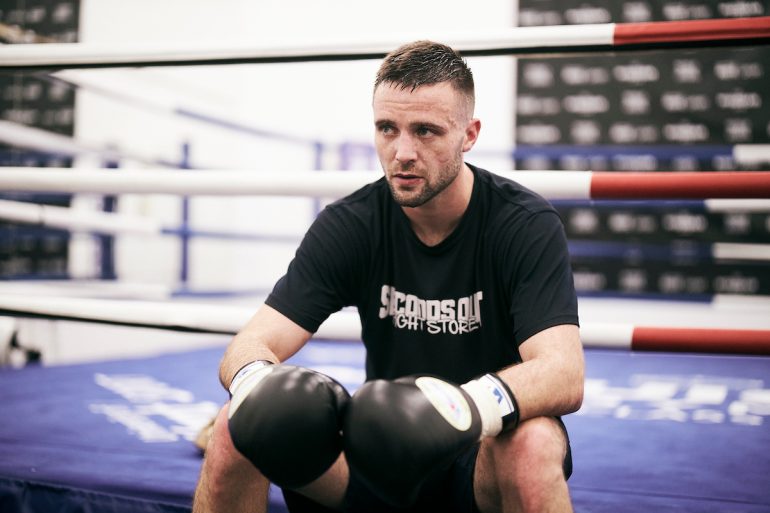 There was always a sense of destiny about his rise.

When super-skilled Scottish southpaw Josh Taylor turned professional in 2015, the expectations were through the roof. An exceptional amateur, the Edinburgh man competed at the London Olympics in 2012 and captured Commonwealth gold in 2014. He would take to the professional ranks like a duck to water, smashing through the majority of his opponents effortlessly.

A hard-fought decision win over former titleholder Viktor Postol in June 2018 was his coming-out party, but Taylor was just getting started. The fiery Scotsman didn’t need asking twice when the World Boxing Super series came calling, and after a virtuoso display against previously undefeated American Ryan Martin, Taylor was in position to challenge for the IBF junior welterweight title against another unbeaten foe, the marauding Russian puncher Ivan Baranchyk.

That bout took place on May 18 at the Hydro in Glasgow and “The Tartan Tornado” predictably swept through the arena and caused damage, flooring Baranchyk twice and picking up an impressive 12-round unanimous decision triumph.

“I thought it was a good performance and I knew that at the time,” Taylor (15-0, 12 knockouts) told The Ring. “But I also knew I’d taken my foot off the gas for long spells, and I lost a bit of concentration because it was quite easy at times. I was making him miss, and the fight went a bit quiet for a while. I was a bit lazy with my defense, and there were times when I got drawn into a fight when I didn’t have to. I made mistakes, but I still thought it was a great performance.

“I thought I had him in the sixth (after a right hook knockdown) and then I got him down again 20 or 30 seconds later. I thought, ‘I’ve got him here, man! If he gets up, I need 10 more seconds and he’s gone!’ Then the bell went [laughs]. He came out for Round 7 and looked to have recovered, so I just boxed him for a couple of rounds. I knew I was comfortably ahead.” 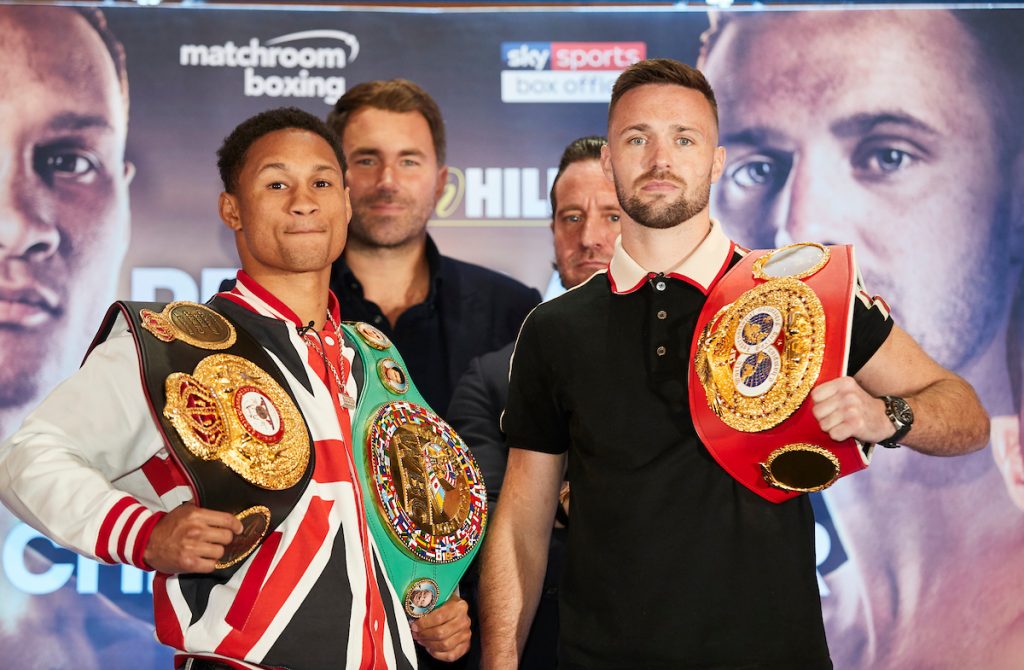 Taylor (right) and Prograis are both armed with 140-pound world titles. Photo by Mark Robinson

The accepted social order within boxing is for new titleholders to have an easy first defense. That’s not happening, not for Taylor and not for his next opponent, the unbeaten New Orleans lefty Regis Prograis, who is coming off a devastating sixth-round stoppage over Kiryl Relikh to capture the WBA 140-pound title.

On Saturday, Prograis and Taylor collide at the O2 Arena in London in a red-hot WBSS final. As well as both world titles being at stake, the winner will also pick up the vacant Ring Magazine championship at 140 pounds and the Muhammad Ali trophy. Experts are struggling to pick a winner, but both men are supremely confident of victory.

“I’m better all round,” said Taylor matter-of-factly. “I’ve had less (professional) fights than he has, but I’ve got more experience overall and I’ve faced better opposition. I’ve boxed at a higher level internationally in the amateurs and had tests as a professional. I just feel there’s no way he can beat me.

“I’m comfortable against other southpaws. You can get your jab off easier through the middle, you don’t need to find angles for the jab, but if you want to find angles, it’s easier because you’re in the same stance. It’s just much easier to get your shots off. I always feel good against the southpaw stance.”

This bout is career-defining. For both Taylor and Prograis, it was never a question of if they could win a world title but when. What they aim for now is greatness and victory in the capital is the first step towards achieving that. A position on the mythical pound-for-pound list is also a distinct possibility.

“It’s every fighter’s dream to have that kind of status; to be regarded as one of the best fighters in the world,” said Taylor with excitement in his voice. “It’s amazing that this is even being spoken about and it’s massive for my profile. My task right now is to win this fight but when I come through, I want to go for (WBC and WBO titleholder) Jose Ramirez and become the undisputed champion. I’d be the first Scottish fighter to do that since the great Ken Buchanan. That’s another one on my bucket list.

“If you’d told me when I turned professional that I’d be fighting for all these titles, I wouldn’t have quite believed you. To do it in such a short period of time, and especially to fight for The Ring Magazine title. That’s something that’s usually reserved for your (Vasiliy) Lomachenkos, your Manny Pacquiaos. These guys fight for those kinds of belts and now it’s wee Josh Taylor from Prestonpans (small town east of Edinburgh). It’s surreal, it’s amazing and I’m really looking forward to it.”

The bout and undercard action will be broadcast live on Sky Sports Box Office in the U.K. and DAZN in the U.S.