Emanuel Colon readies himself for Richard Zamora, aims for the top at 140 pounds 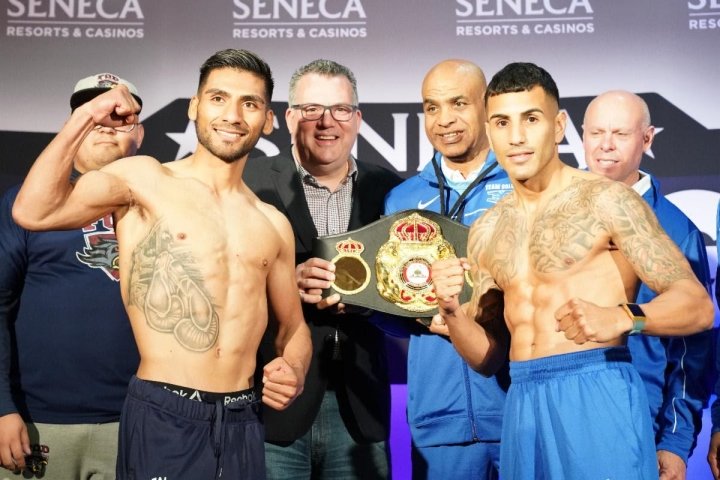 Emanuel Colon believes his loss to gatekeeper Jose Guadalupe Rosales was a blessing in disguise, and he is now eager to prove his worth in a talent-packed junior welterweight division.

The once-beaten fighter will face Richard Zamora on Friday at the Senaca Niagara Resort and Casino in Niagara Falls, New York. The 10-round bout will air on Telemundo (11:35 p.m. ET/ PT).

Colon, who is originally from Puerto Rico and now resides in nearby Buffalo, knocked out Wilfrido Buelvas in the opening round of his last bout on Apr. 13.

The 27-year-old has won his last two bouts since losing by majority decision to Rosales in June 2017. That setback made Colon realize that he cannot take any opponent for granted.

“I learned a lot (more) in the Rosales fight than in the draw (against Angel Sarinana in March 2015),” Colon told The Ring Thursday evening. “(The Rosales fight) went 10 rounds and gave me a lot of experience.”

Colon will square off against Zamora, who has faced the better opposition on paper. The Matehuala, Mexico resident was knocked out by contender Mario Barrios in a competitive bout on Feb. 9, snapping a string of five consecutive victories.

Despite being the favorite, he is not overlooking Zamora.

“I think he is a good fighter with a lot of experience,” said Colon, who is managed by Juan De Leon. “He has faced good fighters. I think this will be a good fight.”

The junior welterweight division is one of the most competitive in boxing. Colon believes he can get in the mix but admits he still needs experience against some of the best 140-pounders.

“The division is hot (right now) and it will get better,” said Colon. “Just watch. I don’t believe I’m the best right now, but I believe I could compete against any of them in the future. With the right preparation, I can come out with my arm raised in victory.”

In the co-feature, lightweight Wilfredo Flores (7-0, 3 KOs) of Dunkirk, New York will return after a 15-month layoff to face Adrian Martinez (3-2, 3 KOs) in a six-round bout.

“This fight card has a lot of potential,” promoter Tuto Zabala told The Ring. “We’re going to do at least three fight cards in Niagara Falls in 2020.”