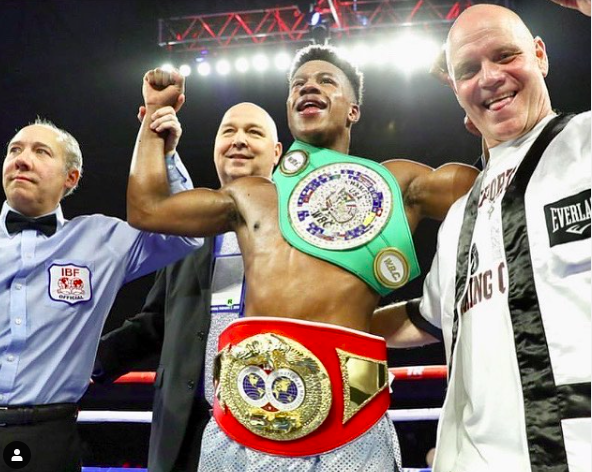 Higgins, right, with irrepressible grin, credits Patrick for pulling him out of a depression ditch. He promises to make Pat proud and honor his memory.
17
Oct
by Michael Woods

Joe Higgins got home, a place that will not seem the same for awhile, if ever. He pulled up to his house on Thursday after 12 noon ET and the trainer saw Patrick Day’s car across the street.

“I had to touch it,” said the Long Island resident, a former firefighter who credits Patrick with helping smooth out the post-traumatic stress disorder which stemmed from losing his brother Timothy in the World Trade Center collapse and then working the rubble to sift for remains. “I almost fainted.”

He spoke on the phone from his garage, a safe place where he could speak his mind, work through the thoughts that have risen since the fateful Saturday at the Wintrust Arena in Chicago, when his kid – really, like a son to him, he recalls when Pat’s mom brought the newborn home to their house, in Freeport – was knocked out and was transported to an area hospital.

“I’m trying to keep a brave front,” the 58-year-old Higgins admitted, saying that he didn’t feel like going out and about, because it would be too painful to tell and re-tell the story, of how Patrick fought his ass off, and refused to lose…and then did the same in the hospital, where he hung in there until Wednesday, late afternoon, when his vital signs went flat.

Higgins served as a Marine, and worked that 9-11 rubble, and dealt with his brother’s body being discovered two weeks after the towers were hit. 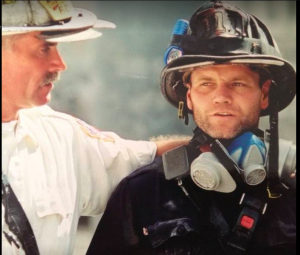 Boxing helped Higgins focus, re-set his whirring brain, to the future, instead of dwelling on that September day.

The toxic dust from the site impacted his health, and he figured that cancer would come, like it has way too many of the other responders, who were told that the area was OK to work in, by trusted public servants. But this, losing Pat, at age 27, it’s another level, he said.

His kids crying, his grand-kids too…

“I’ve seen things few people in this world have, but this is worse. Pat got me through PTSD. Knowing I’d see him every day…Patrick and Seanie Monaghan..I spent more time with Pat than anyone else for 14 years!”

Higgins got passionate, but he knows the importance of allowing feelings. Damn right, he’s been crying, off and on. He apologized for cursing, when he got fiery, because he knows, as all of us who follow the sport do, that the imperfections in the savage and not often sweet science stay in place, and despite lip service, continue to bedevil us.

The construct that we know exists and shrug off, sometimes lament, he will now, moving forward, make it his life’s mission to improve. The fight game is a meat market, and too many people are just in it to make money, he thundered. Patrick was a role model, and he is able to put one foot in front of another, and not collapse with grief, because he thinks that Patrick’s reason for being now transfers to him.

“He was like an angel on Earth, Woods,” Higgins said. “People who had a cup of coffee with him felt it!” 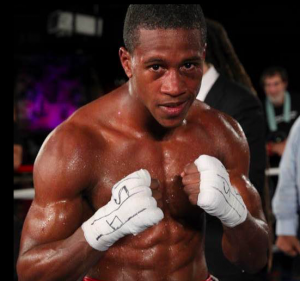 Not a one. You couldn’t find anyone with a bad word to say about Patrick after he perished.

Patrick told Joe he wanted to change the world, and, maybe, because of the shocking nature of his passing, that will be more true than it would have been if he’d kept on grinding, and won that world title he craved. “I’m gonna complete his mission,” the tutor stated. “I’m going after it, and if the conditions don’t change, then boxing will be abolished!”

He isn’t blaming himself, though of course he replays the fight which screened on DAZN, in his head. But he is disappointed in the reactions of some people he believes could have risen up. Powers that be could have come to hospital, greeted the Day family. Trays of sandwiches are but a gesture, he said.

And movers and shakers who ask what they can do, he has an idea. Reach deep into those bulging pockets, and donate big-deal funding, so he can continue to offer a place where at risk kids can come and hit that bag, learn the science of the martial art, and learn about structure and goals-setting and bonding with mentors. “I’m not going on the cheap, I’m not going after the working man’s money, taking money from the guy’s happy hour money, I’m going after the people who got money,” he said. “I’m on a mission,” he repeated.

That means lobbying for proper personnel ringside. The care in the ring and on the way to the hospital was lacking, Higgins said. EMTs need to be on site, as too many ringside physicians aren’t suited for the nitty-gritty duty when an athlete is in distress. People need to know every second counts when a fighter is felled so gravely, Higgins said, and he didn’t feel that was the case in Chicago. In the ambulance, a tech wasn’t able to insert a breathing tube, he recalls, and Higgins believes that impacted Patrick’s condition.

He will bang these drums, and use his quite healthy lungs to help change the sport, in Patrick’s memory. “I believe in God and Jesus, and Patrick was a walking saint. I educated him, and mentored him, and he mentored me! He was the best person that existed in this sport.” 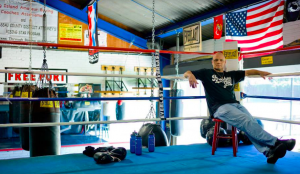 Boxing was a refuge; will Higgins ever be able to see the sport as a sweet science again?

No, he won’t walk away from the sport, he knows what it meant for Patrick, for Seanie, and that at risk kids don’t have enough options to keep from falling between cracks. So, he wants proper funding for an enlarged fitness center – no, there won’t be a ring, no more punching each other in the face for these kids, Higgins can’t bear to wonder what that next blow could do – and wants bigwigs to truly step up, and have their deeds match their wording. “No ones gonna get punched on my watch, but we’re gonna change lives,” he stated.

Time and again over the 25 minute session, he returned to Patrick’s exemplary character. “He was born across the street, I remember when his mom took him home from the hospital. My fighters, they don’t curse, they are gentlemen, they’re not gonna talk smack.”

Higgins knows people will throw darts, other trainers will hint that the plug should have been pulled. But his conscience is clear, he said he doesn’t feel responsible for Patrick’s death. “There’s a kid in heaven now, a kid who said he was gonna change the world. This is what I think, I think God knew that, and God granted Pat’s request..and it’s up to me to change the world. There’s nobody better than me to do this! Through his death I’m gonna make sure everybody knows who Patrick was. They took my boy away, and the treatment, it was like clown college. But I got to go back to the grace, and peace. I know, the sport, I can never love it again, but if we don’t we change it, it’s dead to me.”

On Wednesday, Higgins spoke to young Conwell, and told him that they are bonded, in the same boat. Sadness and regret and pondering. “I told him, ‘it’s not your fault.”‘ He will follow the career of the 21 year old Ohio boxer and believes Pat would have wanted the rising contender to keep on this path. “If Pat had done this, he would have been devastated. I hope Charles can feel a bit better.”

The mission is now clear and one feels that the passion to enact change, in Patrick’s name, won’t dim as cycles of grief are felt. “I feel like I have to be the guy to carry that cross, and I pray to Christ he lets me to the finish line, because if I die and don’t finish…how great would it be to correct this stuff? We have to!”

Bless his candor, the Marine admitted he was between cries. He apologized again for cursing, and I chuckled, because Lord knows he’s earned the right, what he’s seen since Saturday.

Joe Higgins will hold on to and never forget some of Pat’s phrases, that I suspect will be a useful mantra in the difficult days, weeks, months and years to come. “Besides ‘change the world,’ he’d say,  ‘If you love me, I love you, if you hate me, I love you!’  That’s a prophet, my friend, that’s not just a good guy.”