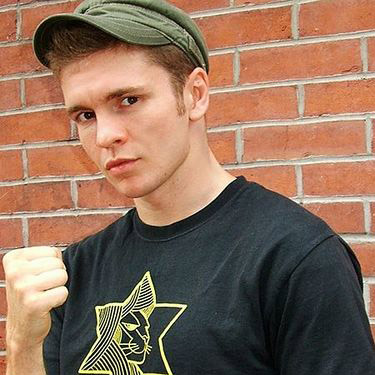 NEW YORK – As Yuri Foreman skated about the ring at B.B. King’s in New York City, it was hard to believe that the former WBA junior middleweight titleholder was actually there. It was as if a ghost was in the ring, an apparition, as few imagined that they’d see him in the sport again after two consecutive stoppage defeats to Miguel Cotto and Pawel Wolak.

The Brooklyn-based native of Belarus Foreman, still only 30 years of age, had been living his life outside of boxing since his last fight in March of 2011, raising his two-year-old son and studying to become a rabbi, a title which he is two months away from attaining.

Returning to boxing, Foreman knew there would be physical rust and mental hurdles to overcome. He chose a six-rounder to return against an opponent named Brandon Baue, a 26-year-old from Troy, Miss., with a modest record of 12-9 (10 KOs).

Despite the rust, there was little drama to for Foreman to overcome, as he boxed and moved seamlessly against a game but outclassed opponent, winning by the shutout scores of 60-54 on all three cards. Foreman didn’t wear a knee brace, and says his knee feels fine after having ACL reconstruction surgery to repair the damage that contributed to his losses to Cotto and Wolak.

Afterwards, Foreman admitted that he had a lot to work on before returning to competition at the sport’s upper tier.

“I felt very very rusty,” admitted Foreman, now 29-2 (8 KOs). “I felt more nervous than usual. I’m just happy to shed some rust and get some rounds in. I feel like I’m ready to improve. I forgot how does it feel again, getting ready for the fight. Two weeks before the fight, 13 days, 12 days, I was counting. Honestly I probably slept with my opponent in the same bed for the last week, so to speak.”

Foreman, who is now aligned with his former promoter DiBella Entertainment, said the time off had “renewed my spiritual and inner strength,” adding that the grind of his professional career had left him rundown.

“I lost a little motivation, but just ran out of gas,” said Foreman. “It took me about a year to get back the motivation and desire.”

Foreman had won the title in 2009 by outboxing long-time titleholder Daniel Santos on the undercard of Manny Pacquiao vs. Miguel Cotto.

Meanwhile, in the only women’s action of the night, another Brooklynite named Heather Hardy improved her unbeaten record to 4-0 with a unanimous decision over Peggy Maerz (2-3-1) of Salmon Arm, British Columbia, Canada in a four-round junior featherweight bout. All three scorecards read 39-37 for Hardy.

Hardy, who won the 2011 USA Boxing National Championships at 125 pounds, entered the ring to “Girl on Fire” by Alicia Keys and came out of her corner on fire, banging away at the tough but outgunned Maerz, who had previously fought at flyweight. Still, Hardy showed a few new wrinkles in this performance, moving her head better and boxing off her jab from a distance. Other than a third round where Maerz was able to counter a few of Hardy’s jabs with right hands, Hardy remained in control throughout.

Brooklyn-based junior middleweight Delen Parsley moved his record to 10-0 (3 KOs) when his opponent Tyrone Selders (8-5, 6 KOs) didn’t answer the bell for round three. The rangy, six-feet-two Parsley, 25, started off the fight more aggressively than usually, dropping Selders of Baton Rouge, La., with a long right hand at the bell to end round one.

Parsley pounded Selders in round two, loading up to bang around the guard of Selders with big right hands and left hooks. The damage didn’t seem to be so dramatic to warrant a corner retirement, but Selders’ corner decided they had had enough.

Also on the card, Lamar Russ (12-0, 7 KOs) of Wilmington, N.C. won an eight-round unanimous decision over tough Mexican Jose Medina (17-12-1, 7 KOs) by the scores of  77-75 on one card and 78-74 on the other two. Russ, who is a member of the Omega Psi Phi fraternity and graduated from Fayetteville State University with a degree in business administration, took care of business for the most part with his long right hands. Medina took them and fought back gamely, giving Russ a lot to worry about at times.

And in a brief appearance, 2012 Olympic alternate Patrick Day of Freeport, N.Y. scored a first round knockout of Zachariah Kelley (1-2, 1 KOs), dropping his opponent with a left hook shortly into the four-round junior middleweight bout. Kelley decided that he wouldn’t try his luck from there and stayed down until the ten count had been completed at the 59-second mark.