Charles Conwell writes emotional letter to injured Patrick Day: ‘I never meant for this to happen’ 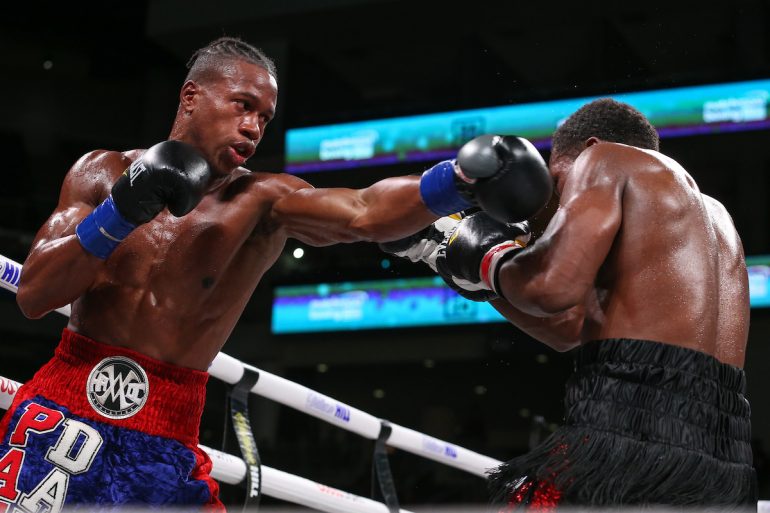 Almost immediately after Patrick Day was removed from a Chicago ring on a stretcher, Charles Conwell took to Twitter to offer his best wishes for his fallen foe. His celebration was muted after scoring a tenth round knockout of Day on Saturday, sensing that something had gone wrong.

On Monday evening, Conwell opened up in depth, taking to social media to reveal his feelings about the incident.

“This is my last time speaking on the situation because of this being a sensitive topic not only for his family and friends but for myself and the sport of boxing,” wrote Conwell, before opening into an open letter to Day.

“I never meant for this to happen to you. All I ever wanted to do was win. If I could take it all back I would no one deserves for this to happen to them. I replay the fight over and over in my head thinking what if this never happened and why did it happen to you. I can’t stop thinking about it myself I prayed for you so many times and shedded so many tears because I couldn’t even imagine how my family and friends would feel. I see you everywhere I go and all I hear is wonderful things about you.”

Conwell, a 2016 U.S. Olympian from Cleveland, adds that he had considered quitting the sport, but reconsidered, believing that Day, a fighter like himself, would have wanted him to continue.

“So I decided not to but to fight and win a world title because that’s what you wanted and thats what I want so I’ll use you as motivation every day and make sure I always leave it all in the ring every time,” added the 21-year-old Conwell.

One of the people who responded to Conwell’s post on Twitter was Joseph Higgins, the trainer and father-figure of the Freeport, Long Island, N.Y. boxer Day. Higgins assured Conwell that it wasn’t anyone’s fault, and encouraged him to continue his career.

“I too am distraught because I feel responsible but do realize there is no fault. Stay strong and please don’t think we blame you,” said Higgins.

I too am distraught because I feel responsible but do realize there is no fault. Stay strong and please don’t think we blame you.

Higgins, a retired firefighter who began training Day when he was 14, opened up on Facebook later on Monday, pouring out emotions for the 27-year-old whom he led to New York Golden Gloves and U.S. Nationals titles.

“The outpouring of Love for this young handsome intelligent warrior has been incredible. From all over the World. Patrick touched so many. He has been a Godsend for me personally. I will not leave his side. The World needs Patrick. He has more lives to encourage,” added Higgins, who was a first responder on 9/11.

“He is in the fight of his life now. The hardest fight he will ever have. I love you Patrick…please come back to us. I can’t imagine living without you. You have made me the best possible version of myself.

“Let’s support the Day family…my dear neighbors are so heartbroken and they are such wonderful folks. The kind of people you just love living across the street from.

“I am so mixed with emotion because I feel responsible, I feel like I let him down. That pain I will live with the rest of my life, but my faith remains strong because God is in this room with us, because Patrick would want that. Because he has that. One of a kind.”

Day had been rated in the top ten of all four major sanctioning bodies earlier this year, prior to his defeat against Carlos Adames in June. He was a standout student at Freeport High School, and earned his associate’s degree in Food and Nutrition from Nassau Community College. He later obtained his bachelor’s degree in Health and Wellness through online courses at Kaplan University (now known as Purdue University Global) in 2017.

Promoter Lou DiBella, who handled Day (16-4-1, 7 KOs) from his pro debut, and then later in his career, told ESPN’s Dan Rafael that Day continues to fight in the hospital, and requested that “people stop spreading false information” about his condition.