Sources: Julian Williams and Stephen Fulton will defend their titles on Jan. 18 at Philly’s Liacouras Center

The opponents for both are undetermined as of now.

Williams (27-1-1, 16 knockouts) last fought on May 11 of this year, at the EagleBank Arena, in Fairfax, Virginia, when he pulled off an upset by beating defending WBA/IBF/IBO super welterweight beltholder Jarrett Hurd by unanimous decision in a strong candidate for 2019 Fight of the Year.

Williams will not be fighting Hurd on the January 18 date, since the rematch obligation has been exhausted, according to multiple sources. In their May fight, Williams knocked down Hurd in the second round. 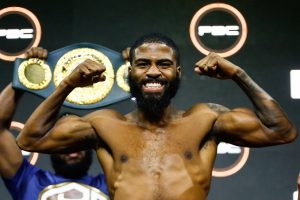 Fulton (17-0, 8 KOs) is one of the more underrated fighters at 122. Cool Boy Steph last fought Isaac Avelar, winning by sixth-round TKO. Fulton beat the sixth undefeated fighter on his resume when he stopped Avelar (16-1, 10 KOs). The interesting twist is at the time of the stoppage, Fulton was down 48-47 on Luis Escalona and Hector Maldonado’s scorecards, while judge David Avalos had Fulton up 48-47.