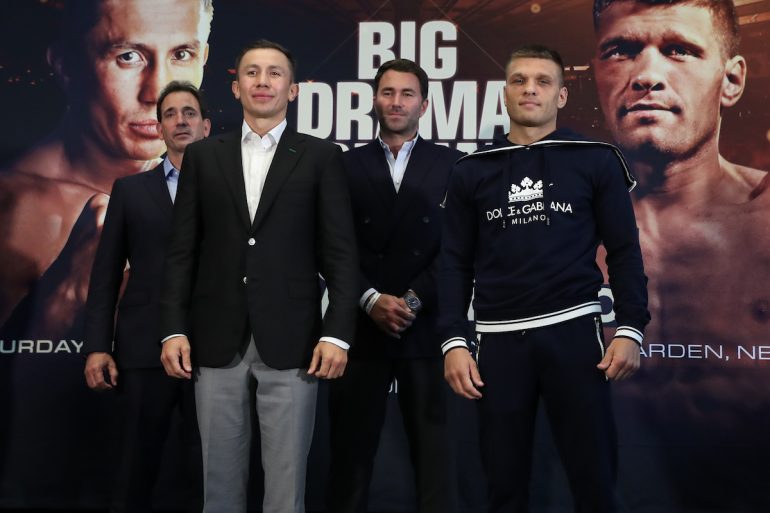 RingTV’s Kendrick Johnson is on the scene and has provided footage and interviews with promoters Eddie Hearn and Tom Loeffler, as well as the trainers of both middleweights.

Watch Hearn talk about the return of the “Big Drama Show” and returning to MSG, the site of Anthony Joshua’s huge loss to Andy Ruiz:

Watch Tom Loeffler address GGG’s pursuit to regain a world title and get a third bout vs. Canelo:

Watch Andre Rozier declare that fans/media are “sleeping” on Derevyanchenko, who he has “upset”-ready: