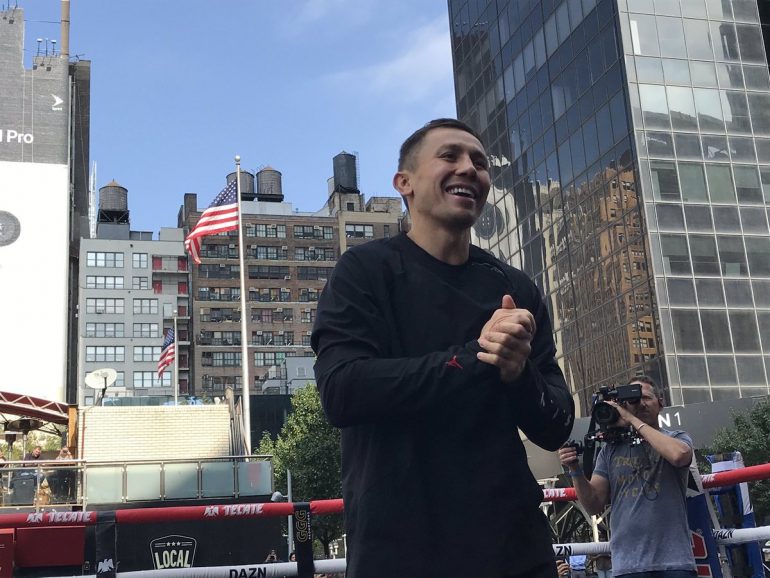 NEW YORK — Gennadiy Golovkin and Sergiy Derevyanchenko worked out in front of fans and reporters outside of Madison Square Garden on Tuesday afternoon, ahead of their fight this Saturday for the vacant IBF middleweight title.

Golovkin (39-1-1, 35 knockouts) is working for the second straight fight with trainer Johnathon Banks, who replaced Abel Sanchez prior to his fight in June against Steve Rolls, which was his network debut with DAZN. The 37-year-old had previously held the IBF belt before being stripped in 2018 for not facing Derevyanchenko after the Canelo Alvarez rematch was delayed.

Derevyanchenko (13-1, 10 KOs) is fighting for a vacant title for a second time. He worked out first, punching the mitts with trainer Andre Rozier. The 33-year-old Ukrainian fell short in his first title attempt, losing by split decision to Daniel Jacobs last October.