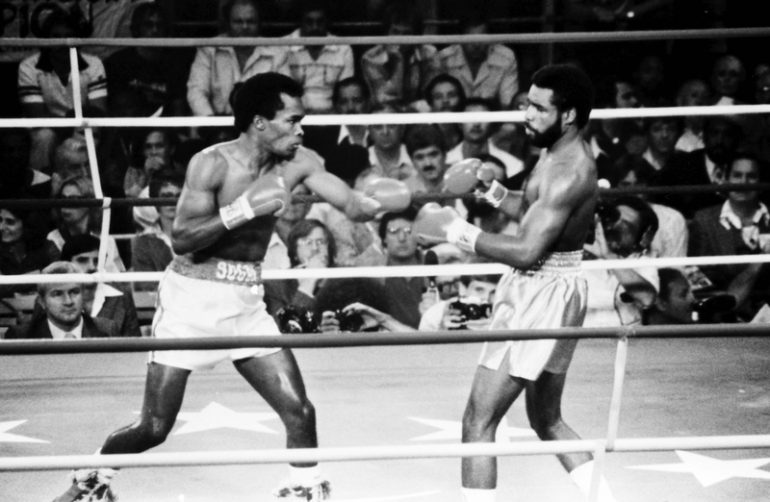 Leonard (left) goes to work against Andy Price in Las Vegas. Photo from The Ring archive
27
Sep
by Tom Gray

“That’s crazy, so many great fighters, that’s blew my mind!”

This was the reaction of former five-weight world champion Sugar Ray Leonard when I reminded him of the lineup at Caesars Palace in Las Vegas on Sept. 28, 1979. Headlining the card was Larry Holmes, the WBC heavyweight titleholder, in a rematch against Earnie Shavers. On the undercard – if you can call it that – was Leonard against Andy Price, Roberto Duran versus Zeferino Gonzalez and Wilfredo Gomez defending his WBC junior featherweight title against Carlos Mendoza.

Don King promoted the show, which went live on ABC network television on a Friday afternoon. Can you imagine that? Four future boxing legends, four fighters who would rank among the best ever in their optimum weight classes and you didn’t pay a single penny for the privilege. King would earn a reputation for putting on stacked cards throughout the 80s and 90s but, in retrospect, you’ll struggle to find one better than this.

“The night before the fight I went to see Diana Ross, who was doing a show in Las Vegas,” recalled Leonard, close to laughter. “I went backstage to see her, and she said, ‘Hey Ray. I’m going to the fights tomorrow!’ I said, ‘Really? Who are you gonna see?’ She said, ‘I’m going to see Andy Price.’ They were buddies! I said, ‘Diana… I’m fighting Andy Price!’ Both of our mouths just dropped. I said, ‘Great, well, I’ll see you tomorrow!’” 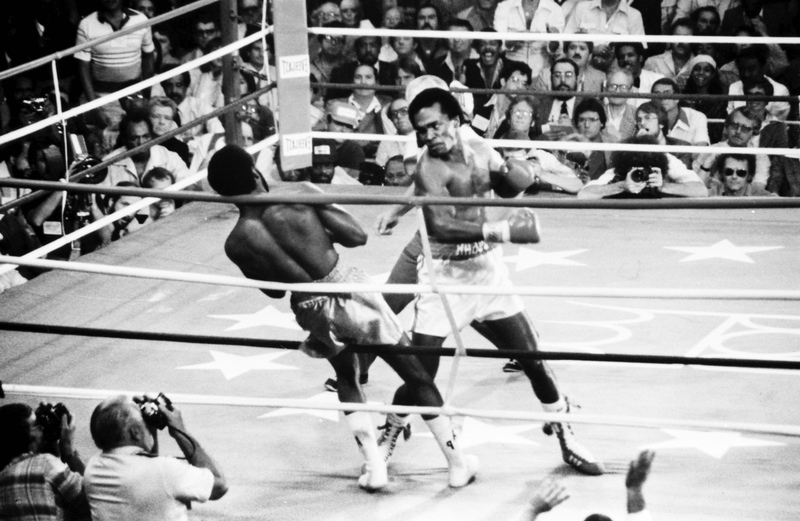 Leonard puts the finishing touches on a devastating display. Photo from The Ring archive

Unbeaten in 24 fights with 15 knockouts coming in, Leonard was approaching the peak of his powers. Over the next two years, he would score stoppage triumphs over Benitez, Duran and Thomas Hearns, solidifying himself as the finest fighter in the world, pound-for-pound. Hyperbole to one side, “The Sugar Man” was ready for anyone and Price was spectacularly knocked out in the opening round.

“A lot of critics felt that I had bit off too much too soon with Andy Price,” said Leonard of the final opponent he would face before becoming a world champion. “He wasn’t a household name but among the boxing fraternity, he was a killer. I hadn’t seen a lot of him, but I talked to one or two of the sportswriters and they said, ‘Wow, you’re fighting a good guy!’

“To get the first-round knockout was amazing. I threw so many punches and while a lot of them didn’t land clean, they grazed him. But many of the punches did land; hooks and right hands, over and over. (As a knockout) it was up there with my wins over Dave ‘Boy’ Green or Donny Lalonde.” 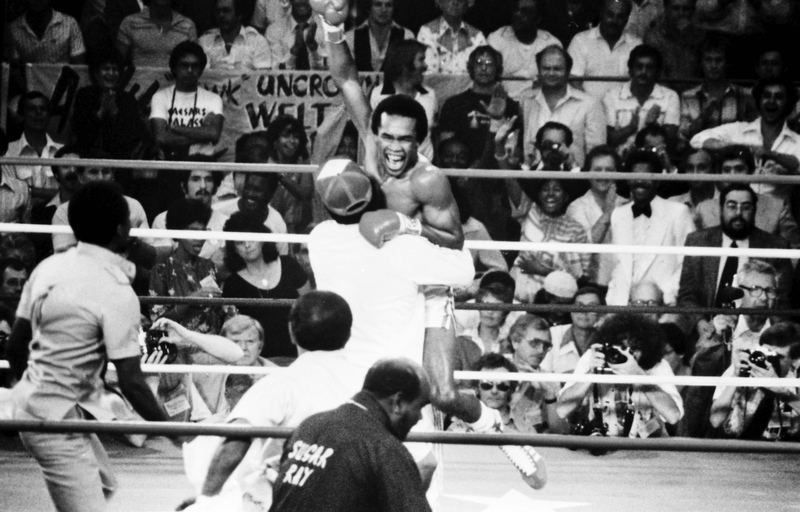 Leonard celebrates following one of his most explosive knockouts. Photo from The Ring archive

Prior to Leonard butchering Price, future heavyweight titleholder Michael Dokes had outpointed veteran Philly product Jimmy Young and Gomez had stopped Mendoza in 10. Next up was Duran, who turned back a spirited effort from Gonzalez to claim a 10-round unanimous decision.

With Leonard versus Duran I, “The Brawl in Montreal”, just nine months away, how were relations between the pair at this point?

“We were cool with each other,” said Leonard, who lost a 15-round unanimous decision to the brilliant Panamanian in June 1980. “Before our first fight, we’d see each other, hug each other and say ‘good fight’, or whatever. But once we signed to fight, it was very ugly. He said things about me, about my wife, but a lot of it was psychological warfare. I learned a lot from him and used it against him (in the rematch, which Leonard won in the eighth round when Duran said ‘No Mas’ in New Orleans).

“But I was a major fan of Roberto. He was so dominant at that time and wasn’t given the credit he deserved for his boxing ability. He was a great boxer. He didn’t get credit for the combinations, or his ability to break an opponent down. I’m so blessed and grateful that I was in an era with such incredible warriors.”

The main event at Caesars Palace was still to come, and it was a fight that Larry Holmes would never forget.

Look out for “The greatest fight card in boxing history: Part 2”