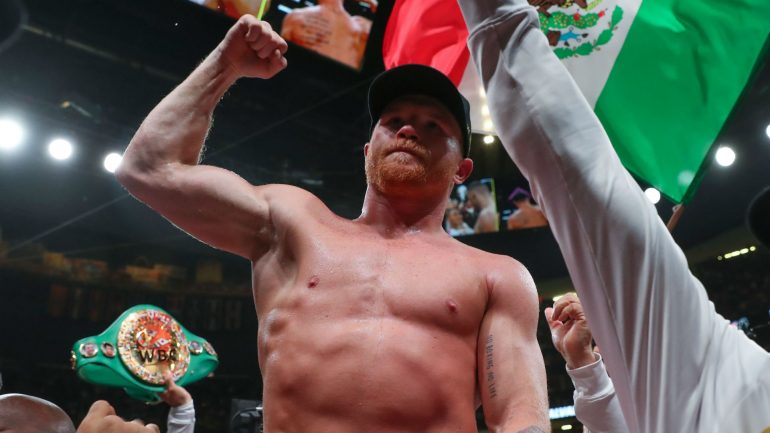 There wasn’t the usual trash talking between opponents. There wasn’t any bravado or overconfidence from either side of the podium.

Instead, there was a mutual respect between one of boxing’s brightest stars in Saul “Canelo” Alvarez and one of its most consistent in Sergey Kovalev. Make no mistake, though: Alvarez was on that stage with a clear goal in mind, one that would put him in rare company.

After moving up from the 160-pound weight class to 175, Alvarez has a chance to become just the fourth Mexican boxer to hold titles in four different weight classes, should he defeat Kovalev and take the WBO light heavyweight title from the 36-year-old Russian.

Alvarez said he had the chance to meet Kovalev in 2012, when Kovalev was needing just four to six rounds in the ring before knocking out his opponents, “and now we’re about to share the ring and make history here.”

“I’m very motivated here,” Alvarez said Wednesday through an interpreter at a press conference to promote his fight vs. Kovalev on Nov. 2 in Las Vegas. “I know it’s going to be the most difficult fight of my profession. I’m aware it’s going to be a really difficult fight. And that day I’m going to put all my strength and effort into the ring, and that day we can yell, ‘Viva Mexico!'”

The fight will pit one of the most exciting body punchers in Alvarez against the heavy-handed Kovalev. Nicknamed “The Krusher,” Kovalev (34-3-1, 29 KOs) has fought at 175 pounds his entire career while Alvarez will be making his professional debut at the weight class. Alvarez, meanwhile, has claimed major world titles at 154, 160 and 168 pounds in the past.

“This is a really big test for me in my boxing career. This is one of the best fighters in the world right now,” Kovalev said.