Daniel Dubois: ‘I want to fulfill my potential and become the heavyweight champion of the world’ 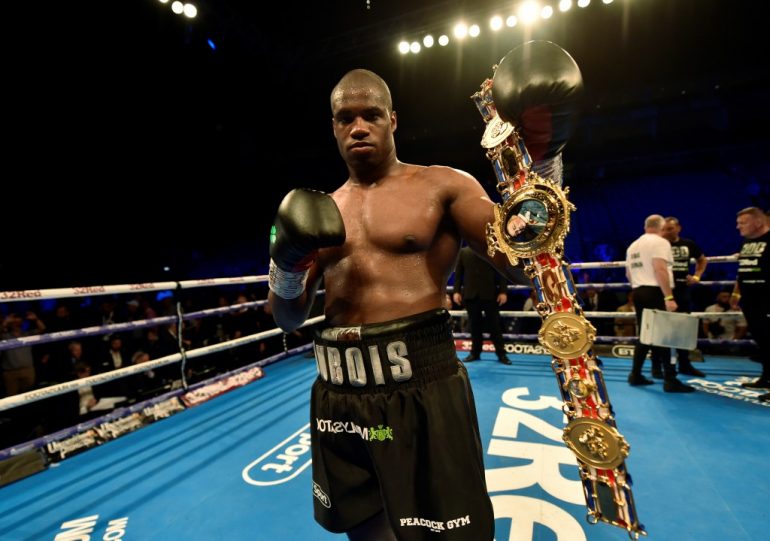 There’s just this overwhelming feeling that he’s for real.

When I first interviewed British heavyweight sensation Daniel Dubois for a “New Faces” feature in the magazine two years ago, there was already talk that he could become the youngest British heavyweight champion in boxing history. He was just 20 years old at the time with five straight wins as a pro.

Fast-forward to July 13, 2019 and the mission was accomplished. Two months shy of his 22nd birthday, Dubois produced his most impressive performance to date, halting previously unbeaten prospect Nathan Gorman in five rounds at the O2 Arena in London. It was a devastating display and the vacant British title was the prize.

“That was a must-win fight for me in terms of being career-defining and moving in the right direction,” Dubois (12-0, 11 knockouts) told The Ring following a morning training session. “(Gorman) was the best around at domestic level, so taking him out was a good moment in my career. I worked him over for the first few rounds and eventually I got to him.

“That performance sent a message all the way up to the top boys in the division. I’m making a name for myself now, moving on and climbing the ranks.”

While Dubois displayed crunching punch power to deck Gorman twice and produce an early stoppage, the most impressive part of his performance was that it was layered. The colossal Londoner set up the bombs with a booming left jab and he was defensively adept throughout the contest.

“A couple of times in Dan’s earlier fights, he lent in after he threw the shots and fell on top of the opponent,” acknowledged trainer/manager Martin Bowers. “This time, we worked really hard on getting Dan to step off after he let the punches go. I said, ‘We’re gonna win this fight by taking a backward step.’ With a hooker, you have to be prepared to take a backward step, you can’t go after them. We really drilled it and drilled it – and it’s boring – but it paid off. Nathan was expecting Dan to still be there when he threw his hooks, but if you watch it, Dan stepped off, Nathan threw the hooks and Dan countered. It just all fell into place.”

Next up for Dubois is unbeaten Ghanaian Ebenezer Tetteh, who sports some impressive numbers. The 31-year-old has scored 16 knockouts in 19 straight wins, although it must be said that most of his fights have taken place on or around the cruiserweight limit. The pair will collide for the vacant Commonwealth heavyweight championship at the Royal Albert Hall in London on Sept. 27.

“To be honest, I don’t know too much about him,” admitted Dubois, who’s not the type to trawl through YouTube looking for hints and tips on how to defeat the opposition. “I’m just expecting a tough fight, but I’m 100 percent sure that I’ll pass this test.

“I need to put everything on show; my skills, my ability, all that I’ve been perfecting in my career. I need to put on a strong performance and look devastating as well. I’ll go for the knockout as soon as the opportunity presents itself but, at the same time, I’ll be looking to put on a boxing demonstration and work behind my jab.”

Despite the fact that Dubois will enjoy a massive size advantage, Tetteh has Bowers’ full attention. Boxing history is replete with instances where smaller heavyweights have done a number on much bigger men.

“I’ve watched quite a lot of him and I think we’re gonna get a lot out of Tetteh,” said Bowers in earnest. “He’s got more knockouts than Dan’s got fights, so he’s nobody’s fool. He’s fighting for his country, and he’s fighting to get himself out of the situation he’s in over there. It’s hard to break out of Africa and get into mainstream boxing.

“I’ve spoken to some people over there and he’s apparently in the gym all the time working. The feedback I’m getting is that he’s coming over here well-prepared and we’ve done the same. We’ve flown sparring partners in from America, and we’re treating this like we’re at another level. We’re fighting a man who’s a real warrior.” 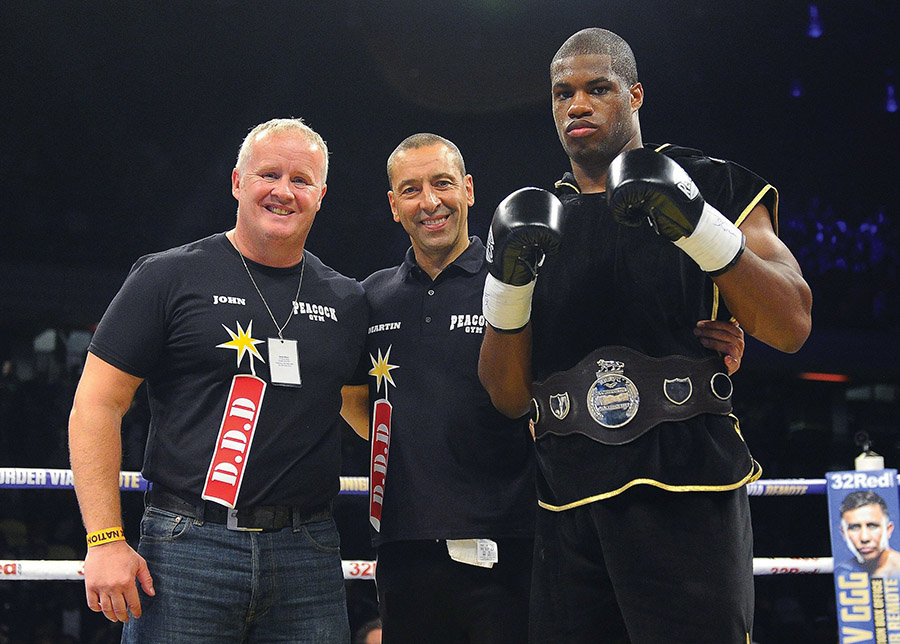 Needless to say, despite any plus points that Tetteh may have, Dubois is an overwhelming favorite to pick up another belt. That would have been the case had he looked below par against Gorman, but the fact that he’s improving with each and every outing means an unknown quantity like Tetteh is being given little to no chance of victory.

“I’ve just gained more experience and I’m more comfortable in the professional ring,” Dubois reasoned. “It was all about settling in and I think I’ve done that now. I’m on to the next stage of my career and there’s some really big challenges on the horizon.

“I’ll never shy away from a challenge and that’s what I’m in the game for. I come from a fighting family and the spotlight isn’t just on me, it’s also on my sister Caroline, who’s a promising amateur. She’ll probably become Olympic champion next year (in Tokyo), and she’s in the final of the Europeans today.”

Within hours of speaking to Team Dubois, I received a text message from Bowers to confirm that Caroline, already a World and Olympic youth champion, had in fact captured gold at the European youth championships in Bulgaria. Winning seems to run in the family.

Should the success continue for Daniel Dubois, then he will soon enter the upper echelons of the glamor division. This time last year, the heavyweight scene appeared to be pretty simple, with the boxing world crying out for Anthony Joshua versus Deontay Wilder. Twelve months on and Joshua needs revenge over new force Andy Ruiz and Tyson Fury, who outpointed Otto Wallin on Saturday, is now rated No. 1 by The Ring.

“I think Joshua should get the belts back, I think he’ll beat (Ruiz),” Dubois predicted after some deliberation. “The division will probably be the same at this point next year, in terms of the top boys. I don’t see anyone else coming from below to fill the gaps.

“I’ll be up there with them very soon, but it’s one fight at a time right now and this fight with Tetteh is very important. My biggest fights still lie ahead; the big names and the more publicized fights. I want to fulfill my potential and become the heavyweight champion of the world. I won’t stop at anything less than that, and I’m constantly working in the gym. You can never do enough work and I have that mentality. I will go all out for my goals and there will be no denying me.”

Tickets for the September 27 bill at the Royal Albert Hall are available to purchase from www.ticketmaster.co.uk and www.royalalberthall.com. Prices £40, £50, £75, £100, £150 Ringside.