Romero Duno stops Ivan Delgado, hopes to get fight with Ryan Garcia next 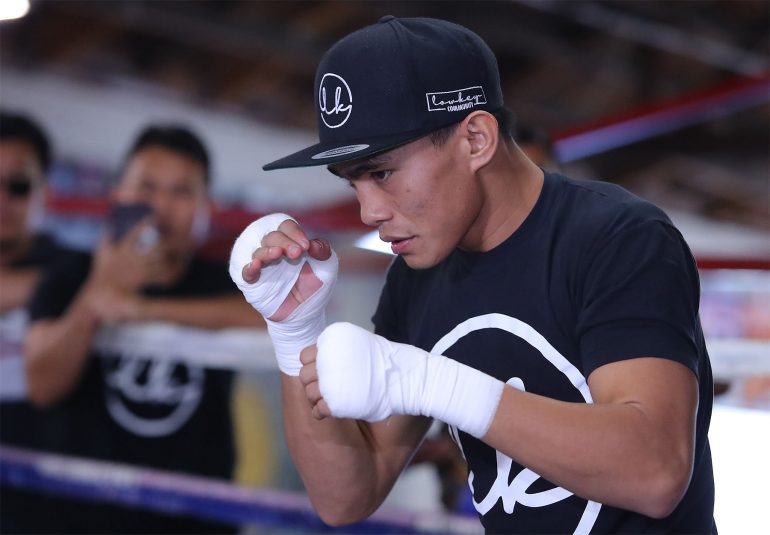 CARSON, Calif. – Romero Duno did not let the possibility of fighting Ryan Garcia distract him from taking care of business against Ivan Delgado.

Duno broke Delgado down before the fight was stopped after round seven Saturday night, improving his record to 21-1 (16 knockouts).

The 23-year-old Duno, who is from the Philippines and now lives and trains in Los Angeles, has been mentioned as a possible opponent for the popular Garcia for the last several months. Sources told The Ring Saturday night that Golden Boy Promotions, which promotes both fighters, had Duno on the card in the event Avery Sparrow, Garcia’s original opponent, was injured during training or backed out of the fight.

Sparrow was arrested before Friday’s weigh-in after a warrant was issued from a domestic violence incident in his hometown of Philadelphia in April. Golden Boy wanted Garcia to face Duno, but a disagreement between Garcia and Golden Boy dissolved any chance for a fight to be made.

Despite being outweighed by almost five pounds, Duno was the bigger and stronger fighter. Duno was in control through the first three rounds of the fight, utilizing his aggression to walk Delgado down and connect with several right hands to the head.

Delgado came on in round four, feinting to get Duno to open up so he could counter to the head and body. The tactic worked over the next round or two, but Duno’s punches began taking their toll by round six, as Delgado’s punch output significantly diminished.

Duno battered Delgado in round seven, and after the bell sounded to end the round, Delgado’s corner told referee Eddie Hernandez their fighter was not going to come out for round eight.

“I was expecting a tough fight from Delgado,” said Duno, who has won his last 11 bouts since suffering his only loss to Mikhail Alexeev in May of 2016. He is ranked No. 10 by the WBO.

After the fight, Duno wore a shirt that featured Ryan Garcia’s name with the phrase “Stop Running.” Duno is holding out hope a fight can be made later this year or early in 2020 against Garcia.

“I was hoping Ryan Garcia would be here to watch. Ryan Garcia wants to fight a top boxer. We shall see. I will be ready.”

Lightweight Rafael Gramajo (11-2-2, 3 KOs) of Garden City, Kansas won by knockout when Daniel Olea of Guerrero, Mexico did not answer the bell for round five.

Gramajo, who took the fight on a week’s notice, was the busier and more-effective fighter from the beginning of the fight. By the third round, Gramajo’s punches began to take their toll on Olea (13-9-2, 5 KOs), who looked like he was in survival mode, throwing one punch at a time.

Olea looked spent at the end of the fourth round, walking gingerly back to his corner. Moments later, Olea’s corner told referee Sharon Sands that their fighter was not able to continue.

Velazquez (11-0, 9 KOs), who represented Mexico in the 2016 Olympic Games in Rio de Janeiro, dropped Bonilla with a short right cross to the head. Bonilla fought on and was game, but the unbeaten fighter was too polished and accurate with his combinations to the head and body.

Towards the end of the fourth round, a right cross to the head dropped Bonilla to the canvas. Referee Sharon Sands saw enough and waved the fight off at 2:54.

Velazquez, who is managed by Frank Espinoza, is trained by Freddie Roach.

Super middleweight prospect Diego Pacheco battered Oakland’s Terry Fernandez (2-1, 2 KOs) before the fight was stopped at 41 seconds of the third round. Pacheco, who resides in nearby South Central Los Angeles, improves to 6-0, 5 KOs.

Lightweight Alejandro Reyes was successful in his pro debut, stopping Jorge Padron (3-5, 3 KOs) at 1:55 of the second round. A left hook to the body dropped Reyes flat on his back, where referee Ivan Guillermo counted him out.