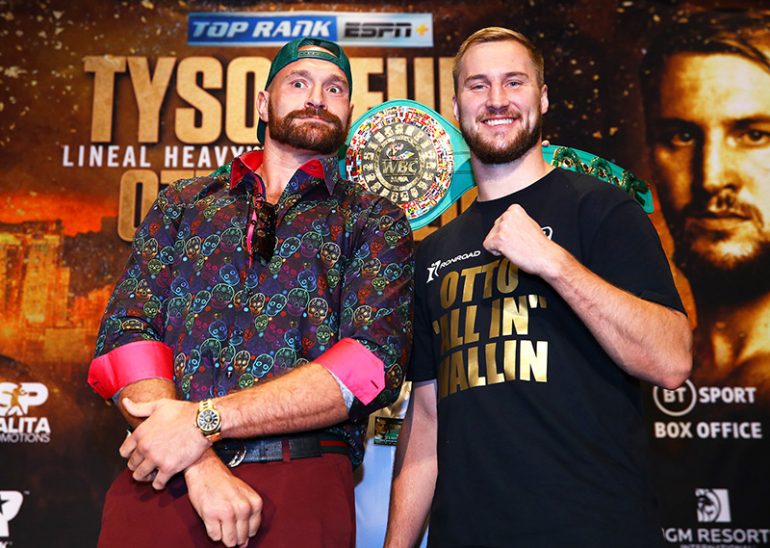 It's not easy preparing for Tyson Fury's unique boxing style or personality but Otto Wallin says he's done the best he could and remains upset-minded. Photo by Mikey Williams / TOP RANK
11
Sep
by Tris Dixon

LAS VEGAS – Underdog Otto Wallin knows he’s up against it when he meets Tyson Fury this weekend.

The 20-0 (13) heavyweight contender from Sweden is not being tipped to win, but he is happy in his role as second favourite.

He would not be the first Swede to shock the boxing world. Ingemar Johansson won the world heavyweight title when he stunned Floyd Patterson in 1959. 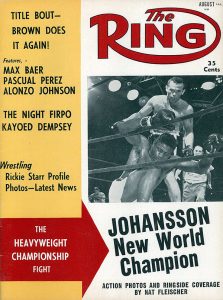 From The Ring archive via Getty Images

“He was amazing,” said Wallin. “He came over here, he came to New York and he beat Floyd Patterson. He’s a legend in Sweden and he’s always been a big inspiration because he showed it’s possible to come out of Sweden and be heavyweight world champion, so I want to do the same and inspire the kids back home who are coming up now.

“He was a big underdog, the same as me. I feel like I have everything to gain and nothing to lose and Tyson has everything to lose so I’m very happy with that, but that doesn’t make it okay to lose for me. I still have to win and I’m going to put it all on the line.”

But he knows he is up against it. He thinks Fury is the top dog in heavyweight boxing.

“He’s a big guy and he uses his size well. He does a lot of different stuff in there, he tries to get in your head, he goes southpaw, orthodox, he feints a lot, so he’s a little different to the other guys. That’s what he does good. That’s what makes him special.”

And that’s what makes him hard to prepare for.

That’s why Wallin hasn’t found a sparring partner who ticks all of the Fury boxes, only different fighters who bring elements of Fury to the table.

“Not that style,” he said, of finding anyone to mimic Fury. “He’s quite unique. I’ve been sparring a lot of guys who all bring something but it’s hard to find one person with all of that.”

So how does Wallin feel? No pressure, in Las Vegas for the first time, against the man he considers the number one heavyweight in the world.

“Confident, nervous. Yeah, of course… I’ve got all that. It’s my first time on the big stage but I’m ready for it, I’m happy and I’m excited that it’s finally here.