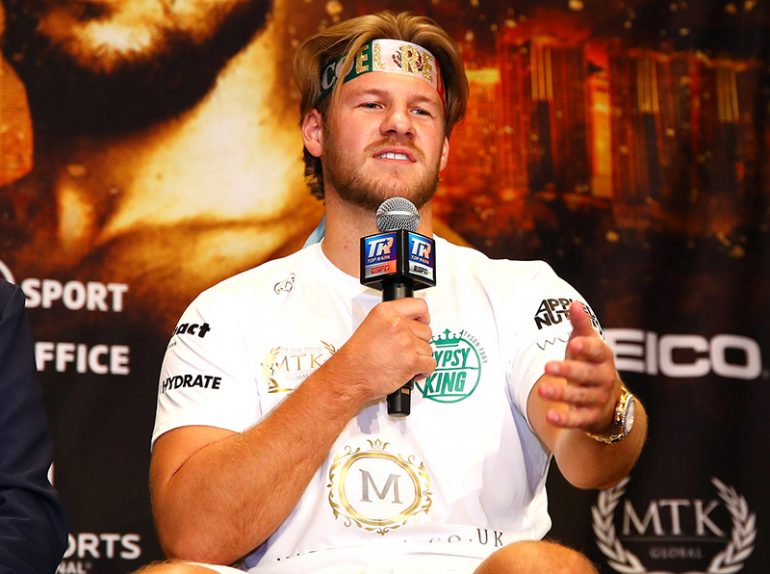 Tyson Fury’s trainer Ben Davison, however, is bucking the trend.

He’s unafraid of going up against conventional wisdom and one-liners.

“No, I wouldn’t say it was the best camp ever,” he said, a couple of days before his charged prepared to face Otto Wallin. “I’d say the last [camp] was the best ever but he has hit some personal bests in some areas as well, I’ll say that, in terms of his cardiovascular output and times spent in his maximum heartrate zone.”

Wallin is expected to have a walk-on part, but Davison believes the unbeaten Swedish heavyweight contender might give his man something to think about. 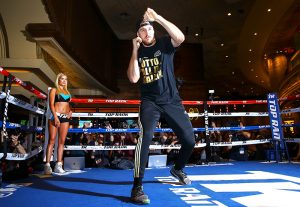 “He’s a fundamentally sound boxer,” conceded the trainer. “He’s shown his pedigree as he beat Frazer Clarke who’s now a GB Olympic boxer, he’s a 6-foot-6 southpaw and yes, people will say he’s a southpaw [unlike Deontay Wilder], and it’s not great preparation for Wilder but actually it is. The line of your jab, you have to think about the line of your jab because you can very easily get your jab taken away if you don’t know what you’re doing. So you’re going to have to think and I think in the first few rounds he’s going to have to think, he’s going to have to be sharp and set things up, take a couple of rounds to find his distance, find what works and find what doesn’t work before the fight actually gets going and the juices start flowing. But it’s going to make him think and that’s what you want, you want that stuff in preparation for Deontay Wilder. He could have boxed Jarrell Miller, but has he got to think to box Jarrell Miller? He could do that off instinct, he knows what’s coming. It’s a Derek Chisora situation.”

Some anticipate a quick night, and while Davison won’t rule it out, he is hoping his man will get some quality ring-time leading into bigger nights.

“In an ideal world, a good performance with some rounds would be nice,” Ben added. “But in the heavyweight division if there’s a situation and an opportunity to finish the fight you’ve got to take it because they can finish you very quickly.”

Fury has been careful this week not to call anyone out. He said he is living day by day and fight by fight. There are no grand plans, and he harbours no clear-cut boxing ambition.

“What he means is his ambition isn’t ‘I want to chase this title or that title’ or I want to earn this amount of money,” Davison explained. “His ambition is bred in him to win a fight by any means necessary. And that’s the biggest difference. His physical attributes, his biggest attribute is this [pointing to his heart] and these [pointing to his testicles].” 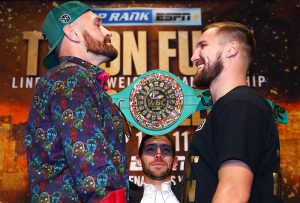 The focus, though, is on Wallin and Davison makes that clear. Even in a long camp in America Ben admitted that conversation as not gone too far ahead from September 14.

“We sometimes talk about what we will do after boxing, we always have conversations like that,” Ben went on. “But not when we’re in training camp, we want to be keeping it light and positive.”

As Fury’s comeback keeps ratcheting up, he wants him to work on more strength and less hypertrophy training and there are continual improvements to make.

And that will lead to the Wilder rematch, in February next year.

“It’s done,” Davison said. “It’s signed and sealed and that’s the difference [with other heavyweights]. I see people moaning that Tyson’s getting paid this much and that much to fight Schwarz or Wallin, well do you not think that him and Wilder are getting a shit-load of money because they both fought each other and they’ve both taken a chance by signing to fight one another again. I’ve seen Joshua say, ‘I want to fight opponents like that.’ Well, fight the best and you might get a little leeway here and there. He didn’t fight Deontay Wilder.”

Joshua has his own business at hand first when he meets heavyweight champion Andy Ruiz in Saudi Arabia on December 7. While Fury seems to have plenty of stamina, some have questioned Joshua’s ability to go 12 hard rounds.

“It’s a mixture of a lot of things,” Davison said. “Part of it is being relaxed, ring IQ and Joshua is constantly putting maximum effort in, every shot. Boom, boom, boom. If you stand in front of a punchbag for a minute and let loose you’re going to know about it. And every time he’s exerting, he’s exerting maximum effort into his punches. The jab is always boom, boom. You don’t ever see him go touch, touch, touch, boom and then sit down on the shot. There’s not enough variation in his work. Andy Ruiz is relaxed, he’s fast, sharp, he knows how to ride through a storm, controlled, change tempo in a fight without actually having to exchange punches. Tyson knows how to control distance and tempo without actually exchanging. 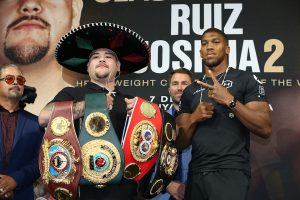 “I don’t know [who wins on December 7]. Joshua needs to learn how to control the distance and tempo in a fight because when he exchanges he’s going to take one back and defensively he’s not got fantastic eyes. When he’s got shots coming at him, he can lose himself a little bit. I don’t think he’s fantastic under fire so he needs to learn how to keep Ruiz at bay without exchanging, [and you do that with] feints, feinting the jab, varying it, going to the body without dropping too low to get in, using his front arm to control the distance, using his feet… Hand on heart I want to see Joshua win for Robert McCracken because he’s a top trainer and he’s had a lot of undeserved stick and I do want to see the success for Rob more than anything.”