Bob Arum: Tyson Fury was unknown in the U.S., now everybody knows who he is 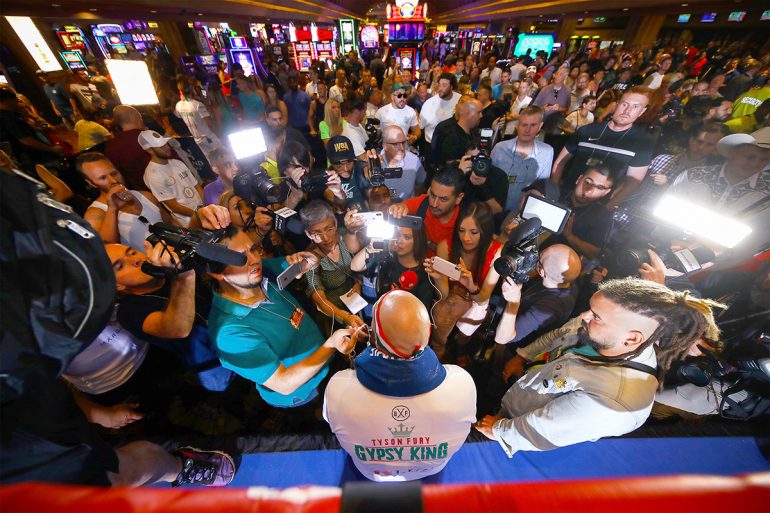 Tyson Fury holds court for the media and fans during a public workout. Photo by Mikey Williams / TOP RANK
10
Sep
by Tris Dixon

Bob Arum said Tyson Fury is making a dent in America, but that it will not be done overnight.

The charismatic English heavyweight has his second consecutive fight in Las Vegas on Saturday and Arum said it’s a work in progress. 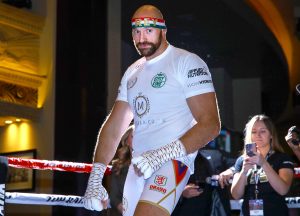 Bob Arum says Fury is a special individual in and out of the ring. Photo by Mikey Williams / TOP RANK

“People are really taking to him because he is such a character and he’s a lot more well known,” Bob said, comparing Fury’s status in the U.S. now to his pre-Deontay Wilder days. “How popular he is remains to be seen. It’s like the public seems to be reacting well to him but again, it’s a process. Some people turned off him, some are fascinated with him and see him as a great performer.

“He did a good job [against Wilder] but he was unknown. Now everybody knows who Tyson Fury is and that’ll help make the Wilder fight the huge fight that it should be.”

Arum, who has worked with a string of top heavyweights and elite fighters during a lifetime in the sport, believes Fury has something special.

Some, however, have criticised the choice of Otto Wallin as an opponent and Arum said there were only slim-pickings.

“The one criteria Tyson had was that we match him with a tall guy because Wilder is so tall. “So we looked around and Wallin was the best guy available. There aren’t that many big, tall guys around who weren’t out there, [ready] there and then. So we got an undefeated Swedish guy who knows how to fight, we watched him and he’s capable of giving Tyson a good fight.”