Is Dan Goossen worthy of a Hall of Fame nod? 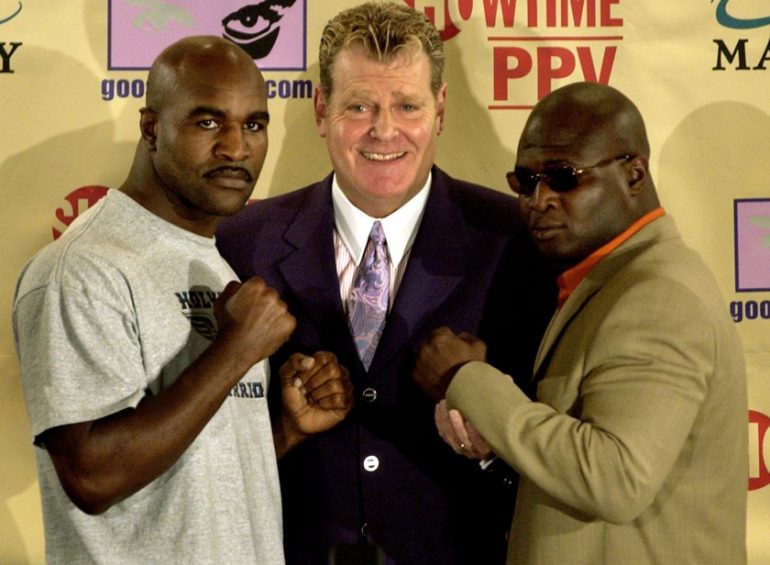 It makes sense that we don’t think right away – or even all that much, for that matter – about the induction of promoters into the International Boxing Hall of Fame.

That is where fighters get their just due and are properly immortalized but other folks whom are also knee-deep in the sport in a different manner sometimes get a short straw when we are considering who should be voted into Canastota’s building, with the plaque, the properly lofty homage.

Speaking of other folks…

And since we are in full-on mulling mode regarding the International Boxing Hall of Fame’s class of 2020, I think big Dan’s tenure in the sport, as a straight up lifer, merits him a place on ballot as a nominee in the Non-Participant category ( i.e. those men and women whom have made contributions to the sport apart from roles as boxers or observers, based upon a candidate’s achievements and contributions in his or her’s particular field.)

An anonymous backer of the Goossen viability for the IBHOF pointed out also his participation in the Muhammad Ali Boxing Reform Act, especially the task force that provided recommendations to Senator John McCain, which was crucial to the passing of the Ali Act. This was a savvy alert because, in this hearing before a House of Representative sub-committee underneath the Commerce Committee, Mr. Goossen gave anyone who isn’t deeply familiar with his character and his time in the business what made him tick.

Here are some excerpts from his 1999 hit:

“I am very proud and honored to be here today. On the other hand, I am very disgusted that our industry has to go through this routine to clean itself up.

“I was driving over here today for the hearing today and on the radio, one of the news broadcasts was that the hearings were taking place today and that it is about promoters and how they take advantage of fighters. And it really kind of nailed that last little portion of disgust onto me because, last Sunday, there was another article in the papers. Don Turner, trainer of Evander Holyfield and Michael Grant, two top heavyweights as we know, and he was saying that all promoters are crooks, thieves. And you just get tired of it. You finally want to stand up and say, listen, don’t put us all in the same category.

“We need that enforcement. We need to take care of having a body enforce the integrity of this sport. It should be at the level of the other major sports.

A good spot to re-direct a tad; I reached put to one of Goossen’s aces, Rafael Ruelas. I put it to him: Does he think Dan Goossen deserves to be in the IBHOF?

“Yes,” answered the 48-year-old California resident, who held the IBF lightweight title from February of 1994 to May of 1995. “He consistently worked hard to get his fighters good exposure and advised us to continue working hard as well to be ready to accept any sudden and unexpected opportunities that may come up. He would advise us to be patient, follow our trainers’ instructions and that things would all work out for the better. He was able to sign and promote many boxers who, after signing up with him, increased/improved/reestablished their boxing careers,” said the pugilist born in Mexico, who is one year younger than brother Gabriel, another A-grade hitter. “He wanted to make boxing better for the fighters!” 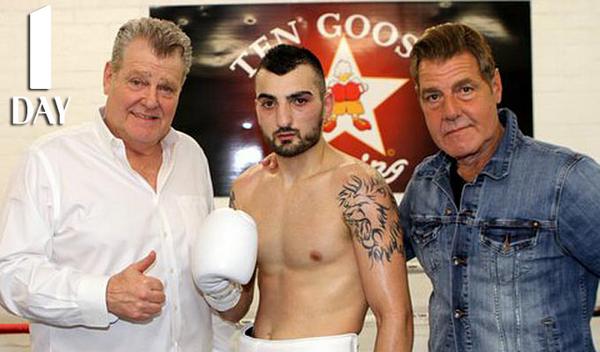 I also put it to Dan’s younger brother Joe. Dan was born in 1949 and Joe came into the world in 1953. He saw close up when Dan got waist-deep into the sport in 1982. Their dad dabbled in boxing, training and managing fighters when he was also an LAPD detective.

“Integrity” was the word that bubbled to the fore as we discussed the possibility of Dan entering the Hall. “I saw that manifest itself itself many occasions,” Joe said, “when he was a local promoter in Reseda. He was expected maybe to do certain things…and he didn’t play that game. That traces back to my father, the homicide detective, and our mother was a saint. They sacrificed everything to put all of us into Catholic and private schools. So Dan had a leg up on the integrity side of things. He was not capable of certain things, like being a cheater or a liar. Yeah, I had other people telling me that; it was never him telling me how righteous he was. So you can take that to the bank, when more than one person tells you that over the course of time.”

Joe drifted back to the early days in the biz. “I remember my dad telling Dan, when he was promoting at the country club, in Reseda, “I wanna buy my own ticket.” And that way, if anybody said, ‘Hey, I need tix,’ Dan would and could say, “Even my own father pays!” That all really carried over to us. Michael, Dan was able to rise through the ranks at a time it was very hard to crack that club. The top echelon was controlled by a very few guys…so to get into that club, make an impact, by his own hand…many tried; many failed. He was able to succeed.

“That he was able to do that was a testament to his dedication, drive and intelligence. Hey, we literally did start at the bottom and worked our way up, Dan didn’t start midstream.”

And that from the ground-up build-out, that was understood when word went out that they needed some boxing people to sit down for that sub-committee session on June 29, 1999. He was a grass-roots success story and someone with a rep that made him credible, as he explained to the D.C. power brokers how this sweet and savage science worked, from the business side, in the promoter-manager-fighter neghborhood.

“It is fair to say we all need protection: The managers, the trainers, the promoters. There are good people in this business,” Dan said at that hearing. “It is a great business.”

A pol then asked, “Mr. Goossen, you mentioned that boxing needs protection but protection from whom? And help me understand what that means in terms of writing legislation.”

Goossen responded, “Unfortunately it is protection from the industry itself. We have not been responsible enough in policing it, so the protection that we have seen now is in the form of the legislation that is before us. However I feel for the health and the growth of our industry. We need to start policing ourselves. The promoters need to be the leaders because, again, you can almost target, in the Muhammad Ali Act, promoters and sanctioning organizations. And if promoters are targets, that means that, overall, promoters are doing something wrong. When we see a baseball owner or football owner, we don’t see the players and the owners at odds all the time. I mean, they are on the same team. And we need to have the industry as a whole police themselves without legislation always having to be down our neck because it means we are doing something wrong.”

You read what Goossen thought about the sport and him communicating how it could be bettered. Mind you, the structure he was calling for would, in many cases, potentially make it harder for a scrupulous promoter to succeed because more regulations would be enacted that would take some leverage from other promoters.

And that’s a real good reason for having Dan Goossen make the Hall of Fame because we get this: Promoters do not have the most savory rep. And here’s one that we can point to, to say, hey, he did the sport right; he did boxing proud. He deserves to be lauded for that and his family deserves to have him enshrined, so future generations can also know that Dan Goossen represented them and the sport exceedingly well. 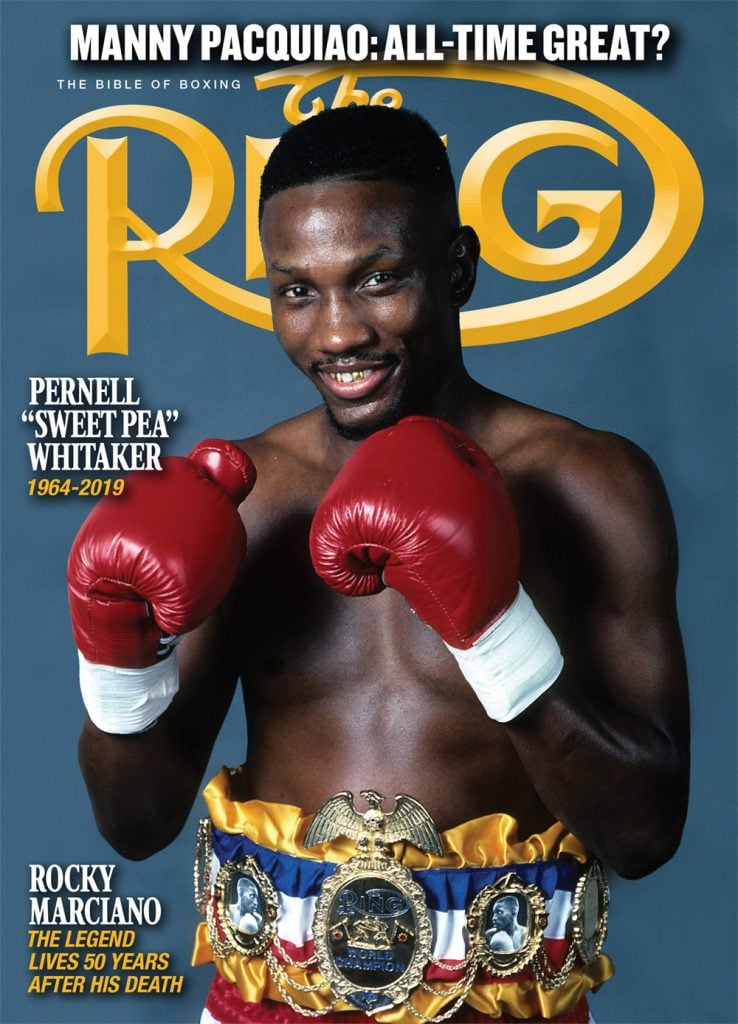