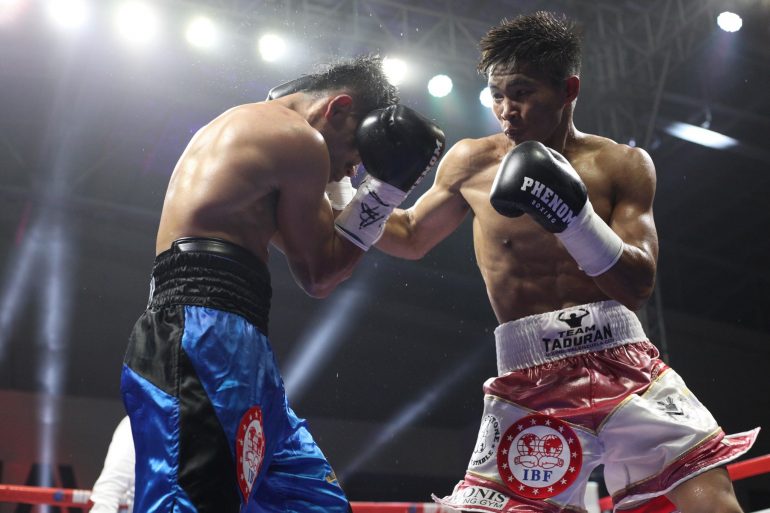 It was the first all-Filipino world title fight in the Philippines since 1925, when Pancho Villa retained his flyweight title over Clever Sencio. It was also the third world title fight between two Filipinos in the past year-plus, after a decades long absence of one.

Taduran (14-2, 11 knockouts) had fallen short in his first attempt at a world title, losing a competitive decision to Wanheng Menayothin a year ago for the WBC belt. This time he would not be denied as the southpaw kept the pressure going, breaking up the counterpunching Salva’s rhythm.

Taduran came out from the opening bell firing, but found himself down momentarily in the first when a right hand counter from Salva clipped him as he came in. Taduran, who had former IBF 108 pound titleholder Tacy Macalos in his corner, continued to push forward, swinging wildly but doing enough to prevent Salva from getting comfortable.

Salva landed a few more right hands like that one in the second, but nothing discouraged Taduran from coming forward and swinging hard with his left. The fight turned in Taduran’s direction in the third as Salva struggled to keep up with the pace. As frustration began to set in, Salva was deducted a point in the fourth by referee Danrex Tapdasan after a second intentional headbutt within the span of a minute.

The fight was stopped after the fourth when Salva remained on his stool, signaling to his throat and appearing distressed. Salva had oxygen administered to him and remained conscious throughout before being removed from the ring on a stretcher.

MP Promotions matchmaker Sean Gibbons tells The Ring that Salva was taken to a nearby hospital as a “precautionary measure” and underwent a CAT scan “that was all good and is back at the hotel.” 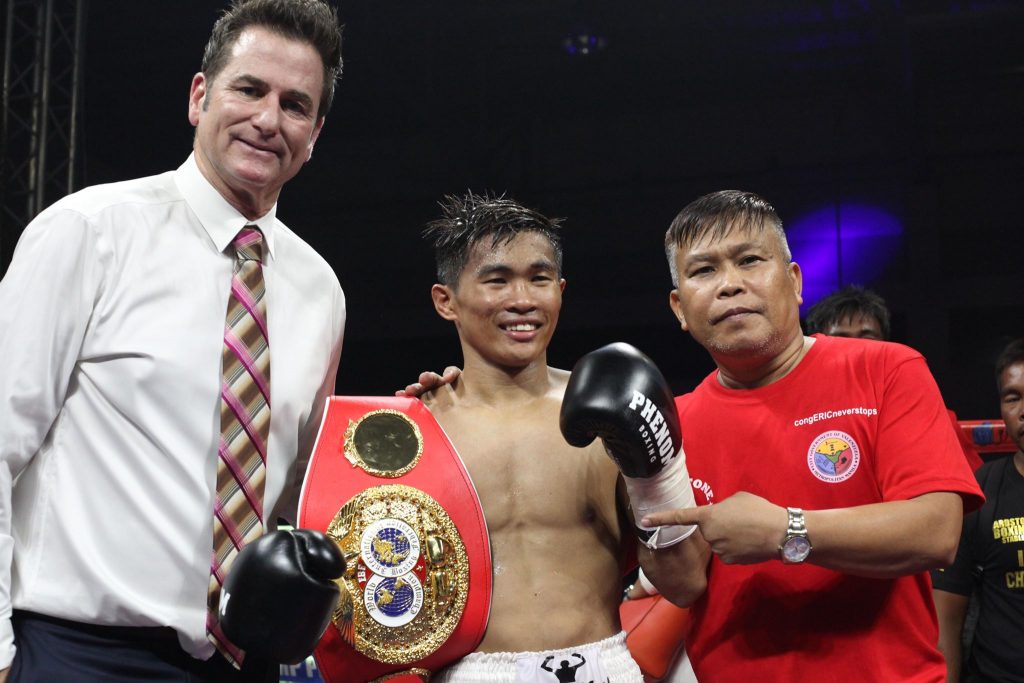 Salva (17-1, 10 KOs) had been the no. 1 contender after defeating Rene Mark Cuarto in a title eliminator in March, and was originally scheduled to face South Africa’s Deejay Kriel for the belt before Kriel vacated the title to move up in weight.

Taduran, who, like Salva is 22 years old, joins Manny Pacquiao, Nonito Donaire Jr., and Jerwin Ancajas as the only current world titleholders from the Philippines.

On the undercard, Giemel Magramo (24-1, 20 KOs) kept busy, stopping Richard Claveras (18-7-2, 15 KOs) after the third round of an eight round scheduled flyweight bout. Magramo was originally supposed to face former title challenger Komgrich Nantapech in an IBF title eliminator before the Thai withdrew the week of the fight due to food poisoning, according to Jim Claude Manangquil, whose Sanman Promotions co-promoted the fight with MP Promotions.

Magramo is rated in the top 5 by all four major sanctioning bodies.