Tyrone Spong stays on course for the Oleksandr Usyk sweepstakes 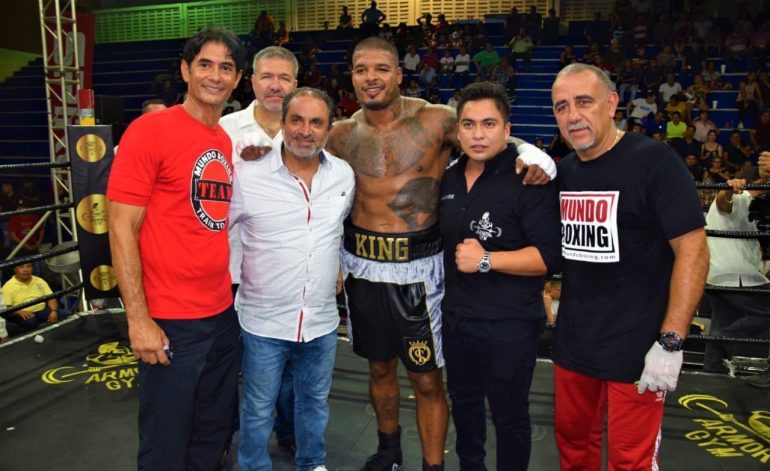 Heavyweight Tyrone Spong did what he had to do to remain a frontrunner to face Oleksandr Usyk on Oct. 12.

With the victory, Spong, who is originally from Suriname and now resides in Miami, Florida, improves to 14-0, with 13 knockouts.

The 33-year-old Spong, a former kick boxer and MMA fighter who’s promoted by Armor Box Promotions, has emerged among a handful of fighters over the last several days that would like to land a fight against Usyk, who will be making his heavyweight debut. Among the other heavyweights in line to face Usyk were Carlos Takam and Andrey Fedosov.

Usyk was originally scheduled to face Takam on May 25 in Oxon Hill, Maryland, but had to withdraw from the fight after suffering a torn bicep during training camp.

During the opening round, the physically-bigger and taller Spong threw and landed combinations against the game Minda, who was fighting for the second time as a heavyweight after mostly fighting middleweight and light heavyweight.

“He’s a good boxer,” said Spong after the fight. “I just thought I was too strong for him.”

Now that Spong has cleared the hurdle that was Minda, word is an announcement on Usyk facing Spong in Chicago will be made in the next week or so.

Local junior bantamweight Jose Alberto Lopez stopped overmatched Jose Perez (2-12, 1 KO) at 2:39 of the fourth round to improve to 11-2, 5 KOs. Lopez has now won six of his last seven.

On the undercard, welterweight Eduardo Canales of Cancun defeated hometown fighter Oscar Arjona (13-8, 5 KOs) by split-decision over eight rounds. Canales improves to 6-10, 2 KOs and has now won three of his last four.

Francisco A. Salazar has written for The Ring since October of 2013 and has covered boxing in Southern California and abroad since 2000. He can be reached by email at [email protected] or on Twitter at FSalazarBoxing