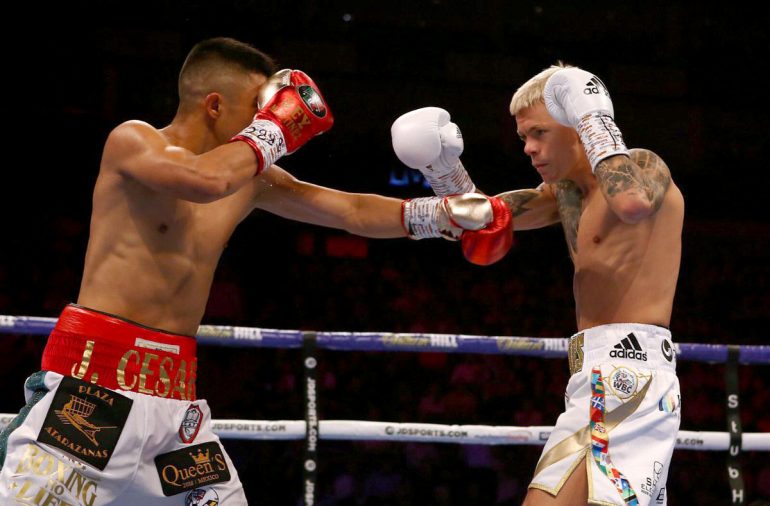 LONDON – Mexican Julio Cesar Martinez had what must be the shortest world title reign in boxing history.

Martinez, rated No. 4 by The Ring at 112 pounds, appeared to be on his way to victory after hurting Edwards with a vicious two-fisted attack in the third. Badly shaken, the Englishman was unable to return fire and appeared to take a knee of his own volition. As he did so, Martinez landed with a shuddering left hand to the body, which took all the wind out of Edwards. The punch wasn’t just late, it was ridiculously late.

The crowd went wild as slow-motion replays confirmed the severity of the infringement, and Sulaiman’s intervention, as unprecedented as it is, restored order. An immediate rematch is sure to follow, and Edwards will have to turn in a very good performance to retain the title.

Edwards (15-1, 6 knockouts) started well on the jab and it was the dominant shot of the opening session, however the visitor’s assaults were dangerous from the beginning. As early as the second, Martinez’s combinations were reddening Edward’s face and he was struggling to get the visitor’s respect. The warning signs were out before the freakish ending. 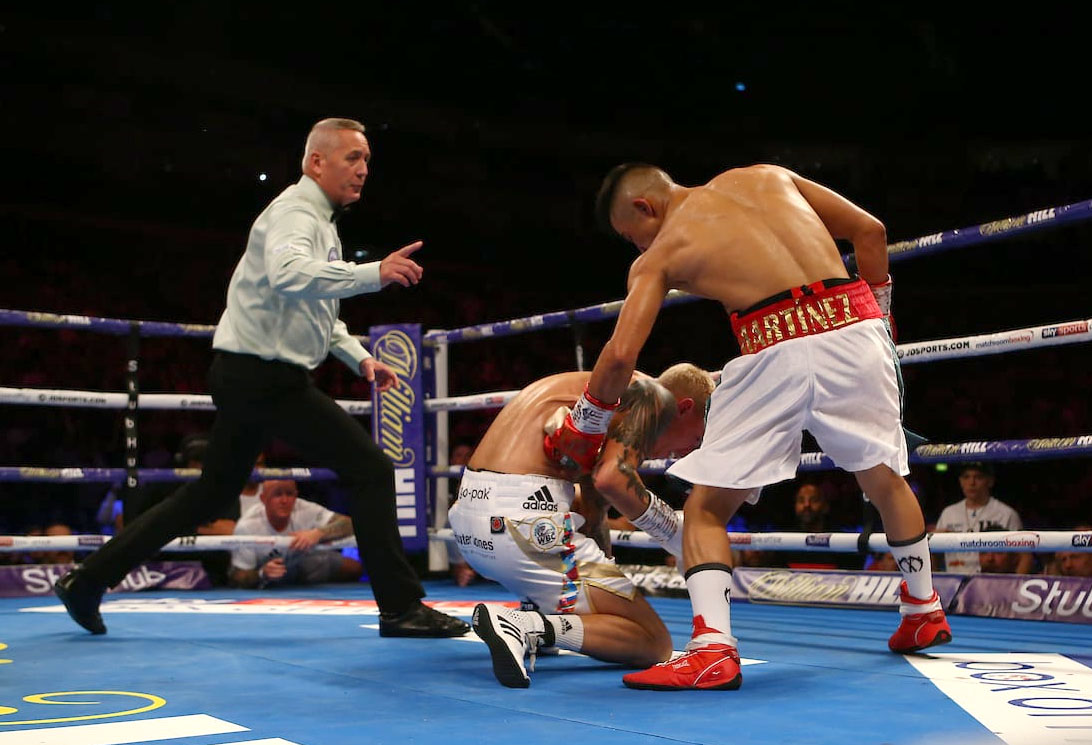 “He hurt me, I’m not going to deny that, but it was the shot on the floor that put me away,” said Edwards in his post-fight interview. “I agree with the decision (to call the bout a no-contest). It’s bizarre, and I’ll need to watch it back.”

Martinez (14-1,11 knockouts) left the ring disconsolate, but he only has himself to blame.

Joe Cordina retained his British and Commonwealth lightweight championships with a hard-fought 12-round unanimous decision over Gavin Gwynne. The official scores were 116-111, 116-110 and 116-110. Cordina was needle-sharp from the opening bell, but Gwynne warmed into the fight and had some strong success on the inside. In the end, however, it was Cordina’s quality that saw him prevail with room to spare.

Light heavyweight Joshua Buatsi scored a sixth-round knockout of American Ryan Ford in a bout that was scheduled for 10, but the climax was highly controversial. Buatsi had shaken Ford in the sixth and quickly went in for the finish. During his finishing burst a left hand from the British star appeared to stray very low, and a follow up right hand sent the visitor down. Clearly ailing from the effects of the low shot, Ford stayed down as the count was administered by referee Bob Williams. The official time was 1:07