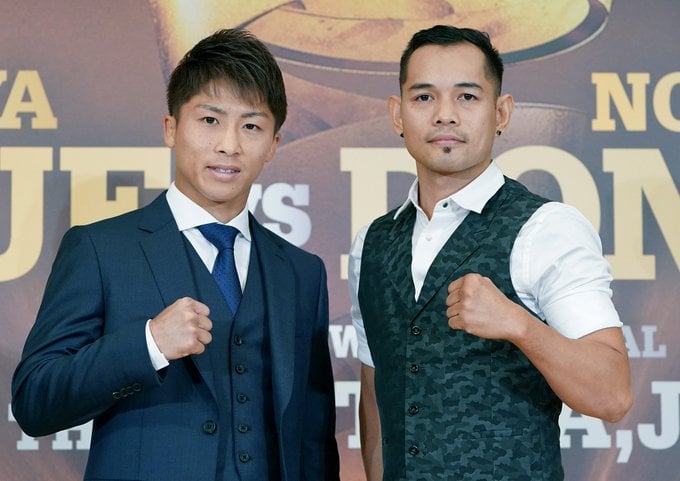 Naoya Inoue and Nonito Donaire have met the press for the first time since their World Boxing Super Series final was scheduled for Nov. 7 at the Super Arena in Saitama, Japan.

In his semi-final bout, which took place in May, Inoue stopped the previously unbeaten Emmanuel Rodriguez in two rounds.

“I can’t wait for the final,” said Inoue (18-0, 16 knockouts). “Donaire is to me a legend in the sport of boxing, and I am honored to be sharing the ring with him in the final. But I will do my very best to win against the legend to claim the Ali trophy.”

Donaire, who israted No. 3 by The Ring at bantamweight, is coming off a devastating one-punch knockout of American Stephon Young (replacement for an injured Zolani Tete) in his own semi-final in April.

“Inoue has always supported me in this tournament and we have an unspoken thing that we wanted to face each other,” said Donaire (40-5, 26 KOs).

“I am looking forward to the final in Japan and a great fight. I have fought several world champions, and I will come well-prepared. Inoue is an amazing fighter, but I saw flaws in his semi-final, and I think I can definitely create a game plan against him and win the Ali trophy.”

The bout will be broadcast live by DAZN in the U.S.