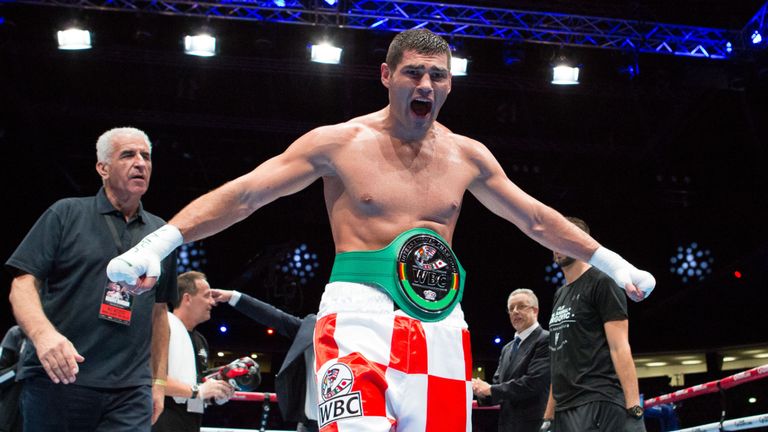 Two highly touted prospects – super lightweight Shakhram Giyasov and heavyweight Filip Hrgovic – took another step forward in their young careers tonight in Hermosillo, Mexico. The up and comers fought on the undercard of the Juan Francisco Estrada vs. Dewayne Beamon undercard.

The event was broadcast live on DAZN in the United States and Sky Sports in the UK.

In the co-main, Heavyweight Filip Hrgovic improved to 9-0 (7 knockouts) with a KO win over Mario Heredia.  The Zagreb, Croatia native, who has sparred with notable heavyweights like former champion Wladimir Klitschko and current titleholder Deontay Wilder among others, worked behind a steady jab and landed right hands from various angles throughout.

Hrgovic went pro just two years ago after a successful amateur career that culminated in a trip to the 2016 Rio Olympic Games, where he represented his native Croatia. The 6’6” big man also fought in the World Series of Boxing for several seasons, where he had a record of 25-4 (10 KOs). He figures to be in the ring again by the end of the year, and appears ready to step up the level of opposition in 2020.

Uzbekistan native Shakhram Giyasov, who now lives and fights out of Brooklyn, New York, scored an explosive first round knockout win over Colombian Darleys Perez to improve to 9-0 (7 KOs).  The ring walks took longer than the fight itself, as Giyasov landed a beautiful left hook that dropped Perez only half a minute into the opening round.

Giyasov, who took home a silver medal at the 2016 Olympics and gold at the 2017 World Championships in Hamburg, Germany before turning pro last year, is on the fast track. Before flattening Perez tonight, he dominated Emanuel Taylor over ten rounds in April. Both veterans are former world title challengers.

Earlier, former light middleweight titleholder Liam Smith improved to 28-2-1 (16 KOs) with a seventh round TKO over Mexican veteran Mario Alberto Lozano (33-10, 24 KOs). Smith scored a knockdown in the sixth before stopping Lozano and is now 2-0 with two stoppages since his unanimous decision loss to Jaime Munguia last July.

Ireland’s Jono Carroll won a unanimous decision over Mexican Eleazar Valenzuela to improve to 17-1-1 (3 KOs). It was a workmanlike, bounce back victory for the junior lightweight coming off his first career loss to world title holder Tevin Farmer in March.