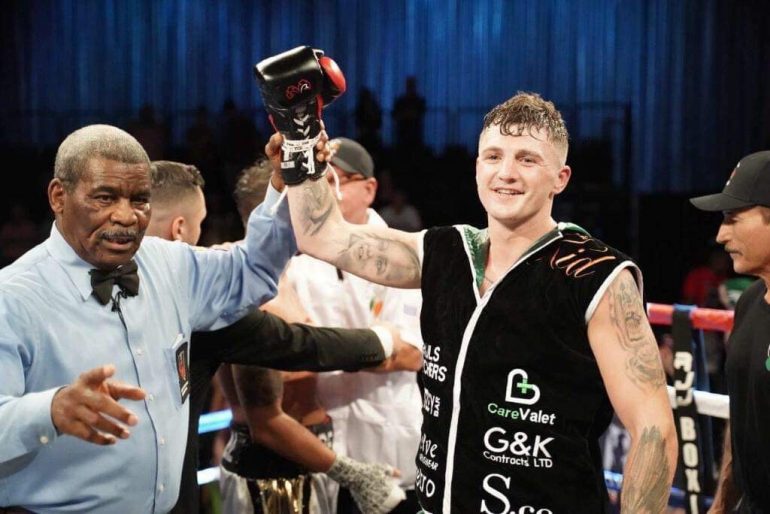 Connor Coyle missed out on an opportunity to fight in the 2016 Olympics in Rio because of an injury to his hand. Now that he’s a pro, Coyle is dialed in on gaining enough experience to fight for a world title.

On Saturday, the unbeaten middleweight prospect will face Rafael Ramirez at the Viejas Resort and Casino in Alpine, California, located east of San Diego. The 10-round bout will headline a three-bout telecast that will be streamed live on UFC Fight Pass (10 p.m. ET/ 7 p.m. PT).

The 29-year-old from Derry, Northern Ireland defeated Robert Burwell by unanimous decision in his last bout on Apr. 25 in Las Vegas. That victory was Coyle’s first fight under the Roy Jones Jr. Promotions banner.

Coyle fought in the amateurs for several years, gaining experience in the Commonwealth Games and the Olympic Trials. However, the Olympic dream vanished after a torn tendon in his right hand required surgery.

“There was a lot of talent and great athletes when I fought in 2014,” Coyle told The Ring Thursday afternoon. “Then the operation to my hand gutted me because I felt I had a great shot during the trials. So after the Olympics, and once my hand recovered, I turned pro (in October 2016).”

Ramirez lives and trains in the San Diego area. A partisan crowd will cheer him on but Coyle, who resides in Pinellas Park, Florida, feels that he’s up to the challenge.

“My team and I saw a tape of his most recent victory,” said Coyle. “My team analyzed what he did and took the time to plan out a strategy that would benefit us. I have no doubt that we will go in and be victorious Saturday night.”

Coyle feels that sparring the likes of James DeGale and Jason Quigley in the past has sharpened his skills and made him a better overall fighter. Despite being nine months away from his 30th birthday, he is not in any rush for a world title fight.

“Everyone kept telling me that my style was made for the pro ranks,” Coyle said. “I get stronger as a fight progresses and the three rounds in the amateur ranks was too fast for me. The Ramirez fight is my first 10-round fight, and I believe I’m at my best when fights are eight or 10 rounds.”

“I’m gaining experience and I’m taking it one fight at a time. Obviously, the long-term goal is to become a world champion, but fighting these types of bouts will benefit me as well. Hopefully, late next year, or early 2021, I can fight the top contenders at middleweight. We will see what’s best for us.”

In the co-feature, junior middleweight Santiago Dominguez (16-0, 12 KOs) of Cajerne, Mexico will square off against Tanzania’s Fabian Lyimo (23-9-2, 15 KOs) in an eight-round bout.

Opening the UFC Fight Pass stream will be an eight-round junior featherweight bout between Brandon Valdes (12-0, 7 KOs) of Los Angeles and former bantamweight contender Jesus Martinez (26-8, 13 KOs). Both fighters are originally from Colombia.