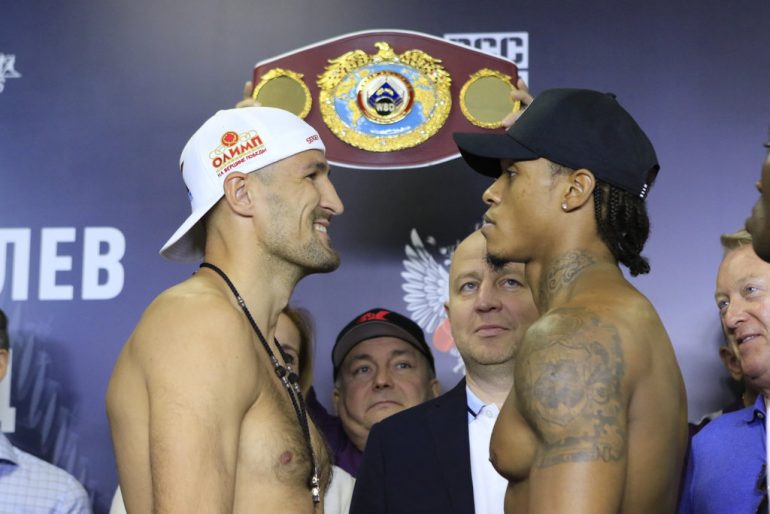 For one it’s supposed to be a routine title defense. For the other it’s the biggest night of his professional life.

The two men weighed in on Friday and confidence was high on both sides.

Kovalev, who is rated No. 3 by The Ring at 175 pounds, wore the look of a man who has been there and done it at top level. The three-time light heavyweight titleholder is 36 years old now, but he weighed in comfortably inside the division limit at 173.9 pounds.

Yarde, an incredible physical specimen, weighed in at 174.6 pounds and did not appear to be overawed by the occasion. The challenger stared daggers at his opponent during the head-to-head and didn’t flinch when Kovalev smiled back.

Former two-weight world titleholder and Hall of Famer Buddy McGirt has been training Kovalev (33-3-1, 28 knockouts) since the beginning of the year. Their partnership got off to the perfect start when Kovalev scored a revenge win over Eleider Alvarez in February to regain his WBO title.

The 28-year-old Yarde (18-0, 17 KOs) is trained by outspoken coach Tunde Ajayi. He has done everything asked of him against undistinguished opposition, but this is the acid test.

Sergey Kovalev-Anthony Yarde is live and exclusive on ESPN in the U.S. and BT Sport 2 in the U.K.