Blair Cobbs brings ‘Flair’ to the ring, but also wants to be known for his skill 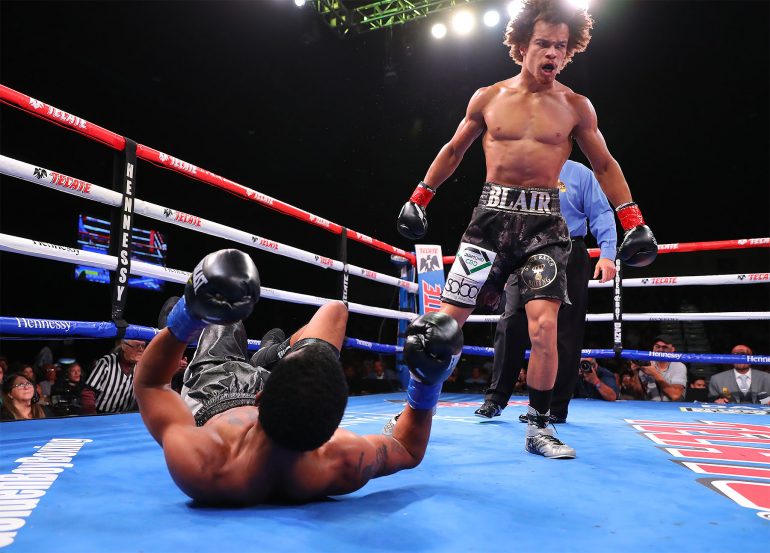 Add Blair Cobbs to the list of eccentric and unique personalities that make up boxing.

While his personality could rival that of professional wrestlers, especially Ric Flair, Cobbs is making a name for himself for his improving skill-set in a competitive welterweight division.

Cobbs will face Steve Villalobos in a clash of unbeaten fighters Thursday night at the Fantasy Springs Resort Casino in Indio, California. The 10-round fight will precede the main event bout between junior welterweights Luis Feliciano and Genaro Gamez.

Cobbs (11-0-1, 7 knockouts), who is originally from Philadelphia and now lives and trains in Las Vegas, stopped Robert Redmond, Jr. in his last bout on June 21, which also took place in Indio. The win was Cobbs’ fourth in a row.

The 29-year-old Cobbs dropped Redmond in round two and, according to him, could have ended matters right there and then, but wanted to display his all-around talent before the fight was stopped in the sixth round. 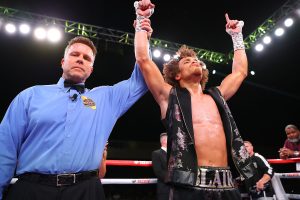 “Everything is already there when I’m sparring,” Cobbs told The Ring in a recent interview. “It’s really all about gaining the experience inside the actual fight. In the Redmond fight, I didn’t want to just blast him out because the media would say, ‘Oh, he’s talented.’ And I am that talented. The moment I dropped him, I could’ve dropped him (again) and kept on pounding him and got him out of there. But this time, I wanted to chip at him. I wanted to show more experience and gain some more experience. I wanted to box with this guy, which is what my trainer wanted.”

Cobbs’ previous fight against Ferdinand Kerobyan on Mar. 21 was another solid outing, grinding out a hard fought unanimous decision over eight rounds. The fight took place in Hollywood, California, near Kerobyan’s hometown of North Hollywood.

Despite having a partisan crowd cheer Kerobyan on, Cobbs remained composed, landing the more-telling punches in a back-and-forth affair. It is those types of fights where Cobbs believes makes him a better overall fighter, regardless of where a fight takes place.

Cobbs credits his improving skill-set with all the different sparring he gets with pros and amateur fighters at the Prince Ranch Boxing Gym in Las Vegas. Cobbs has also sparred the likes of unbeaten lightweight contender Devin Haney.

What has made Cobbs’ a unique persona to follow in recent months is his fascination with yelling out ‘Wooo’ during a fight or in a post-fight interview, ala wrestling great Ric Flair. Cobbs assures his persona and attitude is not an act, but admits he embraces the spotlight, especially when he is inside the ring.

“I want to say that it was something where I studied and I did this and I did that. But this is truly how I am. I’m cool and collected outside the ring. When the lights come on, and I hear someone yell out, ‘Woooo!’ It’s time. All of this stuff, it’s who I am. It’s something that is not fabricated. This is who I am. I don’t live until I’m inside the ropes. That’s when I come alive.”

“It was always in me. People thought I was crazy my whole life. I didn’t even know it. Am I crazy? This is really who I am. Sometimes I would say things and not even I remember saying that.”

Villalobos (11-0-1, 9 KOs), who resides in Mount Vernon, Washington, has stopped four of his last five opponents. Despite only facing two fighters with winning records, Villalobos could provide a decent test for Cobbs Thursday night.

Cobbs may have a narcissistic opinion on where he stands amongst welterweights in boxing, but like many other fighters who had a gift for gab, Cobbs points out his physical and mental attributes that may help him reach those goals.

“My team believes that I am the best 147-pound fighter out there today. It’s only a matter of time. I’m patient. I’m young. I’m strong.”