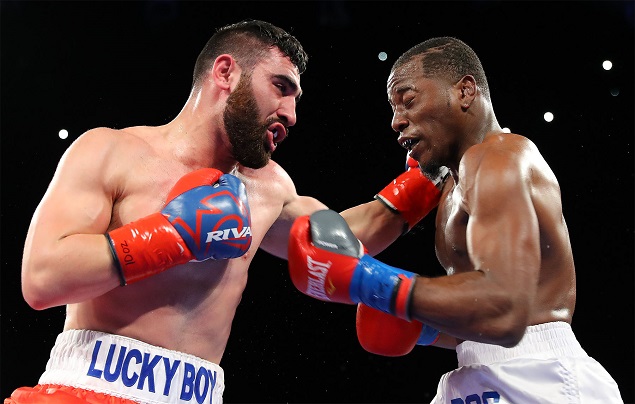 Welterweight prospect Ferdinand Kerobyan will attempt to bounce back from his first defeat as a pro against Oscar Molina on August 30, Golden Boy Promotions announced.

The eight-round bout will take place at Pasadena City Hall in Pasadena, California, a suburb of Los Angeles. The fight will headline a special Friday edition of the Golden Boy/DAZN “Thursday Night Fights” series and can be streamed at RingTV.com and on Facebook Watch via the Golden Boy Fight Night page (10 p.m. ET/ 7 p.m. PT).

Kerobyan (11-1, 6 knockouts), originally from Armenia and now residing in North Hollywood, California, suffered his first loss as a pro in his last bout on March 21, dropping a unanimous decision to Blair Cobbs in a clash of unbeaten fighters.

The 21-year-old Kerobyan spent weeks away from the gym to recharge from the grueling fight against Cobbs but believes he will become a better fighter from the loss.

“As a boxer, it’s very hard to appreciate a win without having experienced a loss,” said Kerobyan, who is managed by former mixed martial arts champion and recent WWE star Ronda Rousey. “After my last fight I had to refocus, learn from my mistakes and work hard to find new motivation to win again. A certain darkness is needed to see the stars again. I can say with confidence that I have learned a lot and I can’t wait to get back into the ring.”

Meanwhile Molina, a 2012 Olympian who represented Mexico, has lost his two most recent bouts. He has not fought since April of 2017, when he lost a unanimous decision to then-prospect Levan Ghvamichava.

Molina (13-2-1, 10 KOs), who resides in Norwalk, California, is the twin brother of junior welterweight Javier Molina, who fights under the Top Rank banner, and is the younger brother of Carlos Molina.

“I know that Ferdinand Kerobyan is coming off a loss but I am not focusing on how he’s going to come (in to the fight),” said Molina, whose first loss came at the hands of Jarrett Hurd in June of 2016. “I already know that he’s going to come at 100 percent. I am working on coming very prepared. I am confident in my style and my corner, so if I come well prepared, I’m going to walk away with my hand raised in victory.” 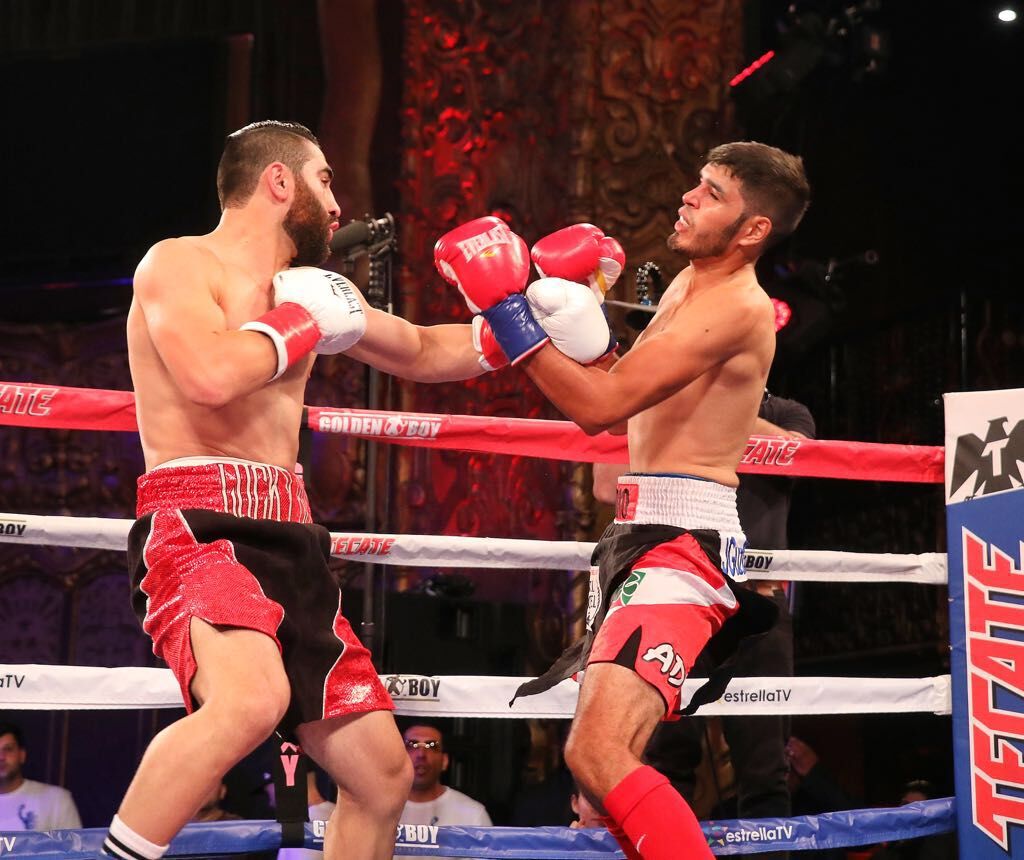 In the co-feature, featherweight Emilio Sanchez will face Jose Gonzalez in an eight-round bout.

Sanchez (17-1, 11 KOs), who resides in North Hollywood, has won his last two bouts since his knockout loss to Eugene Lagos on March 22 of last year.

Gonzalez (23-7-1, 13 KOs) fought to a draw against Manuel ‘Tino’ Avila in his most recent bout on March 21. The gatekeeper from Guadalajara, Mexico, had lost five of his previous six bouts to Mzuvukile Magwaca, Zolani Tete, Duke Micah, Ruben Villa and most recently to Manny Robles III.

Lightweight Jousce Gonzalez (9-0-1, 9 KOs), the brother of featherweight contender Joet Gonzalez, will square off against Mexico’s Eduardo Rafael Reyes (9-15, 6 KOs) in a six-round bout. Gonzalez resides in nearby Glendora.

The Golden Boy card will be open to the public (standing room only), with limited-seating tickets starting at $25. The event will also include a live concert and a beer garden.

All proceeds from the event will go toward a foundation to help support programs that will benefit the youth and community of Pasadena.

“I am extremely passionate about giving back to the community and I’m excited to bring this special event to my backyard of Pasadena,” said Oscar De La Hoya, Chairman and CEO of Golden Boy. “I know the importance of supporting and empowering our youth, which is why we are committed to hosting fundraisers and giveaways throughout the year to help encourage future generations to overcome any obstacles they face. All contributions made at the event will help the foundation continue to drive programs that truly impact the community.”